Thiopurines including azathioprine [AZA], mercaptopurine [MP] and tioguanine [TG] are cornerstone therapies in the maintenance treatment of inflammatory bowel diseases (IBD). Withdrawal in patients in stable remission may reduce the risk of infections and malignancies, but little is known about the subsequent risk of relapse. This study aimed to assess the relapse rate after discontinuation of thiopurines in IBD patients in stable remission.

Patients with IBD discontinuing thiopurine therapy were prospectively included in 14 Dutch hospitals if they used a thiopurine for at least one year, and were in steroid-free clinical remission for one year or longer. Clinical, biochemical, endoscopic and radiological data were collected at baseline (thiopurine cessation), and at 3, 6, 12 and 24 months thereafter. The primary endpoint was disease relapse, defined as: induction or escalation of therapy, or, if available, endoscopic activity, indicated by simple endoscopic score (SES-CD) > 4 for Crohn’s disease (CD) or endoscopic Mayo > 1 for ulcerative colitis and IBD unclassified (UC/IBDU). Cox regression analysis was used to determine predictors of relapse. 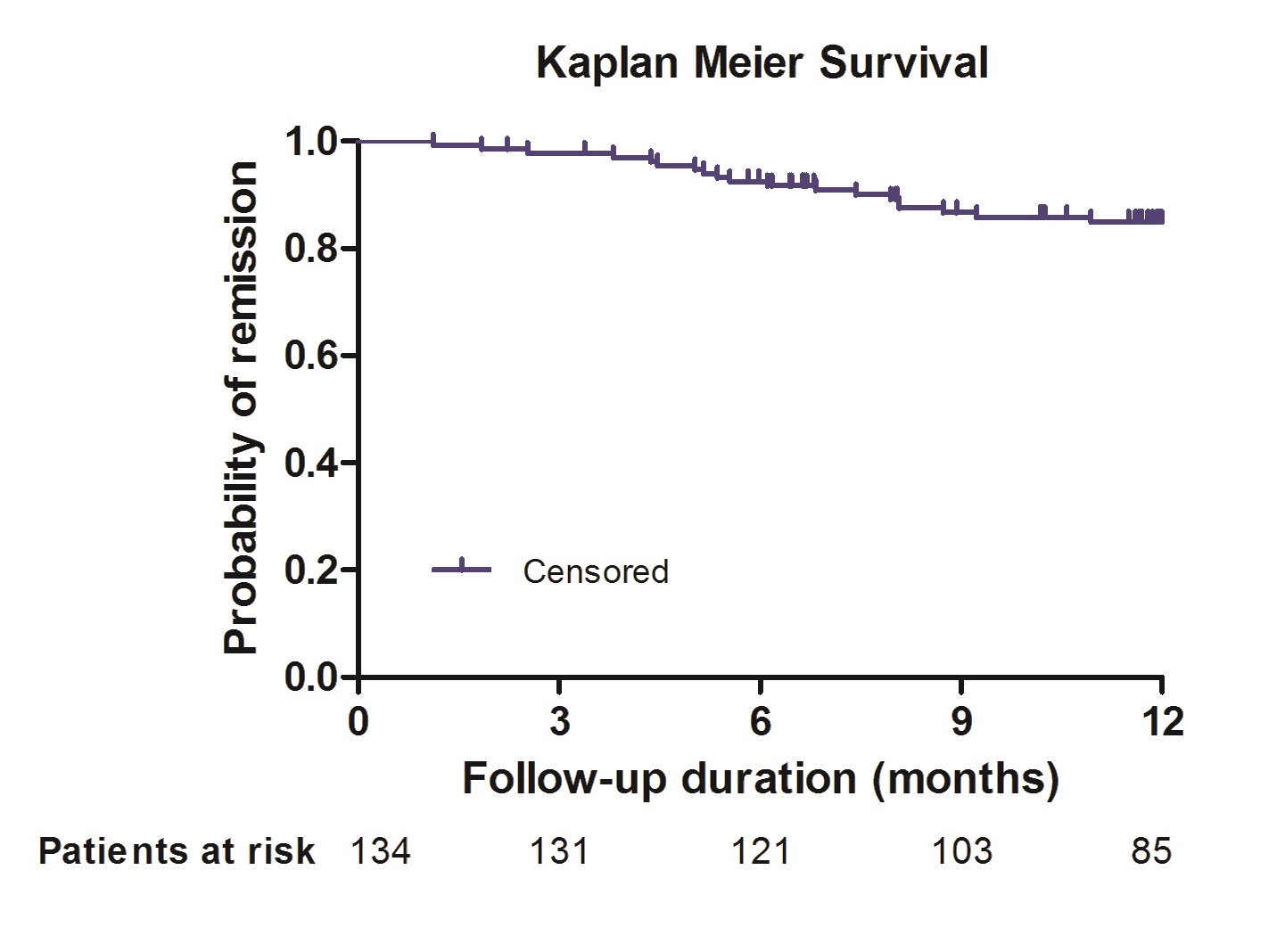 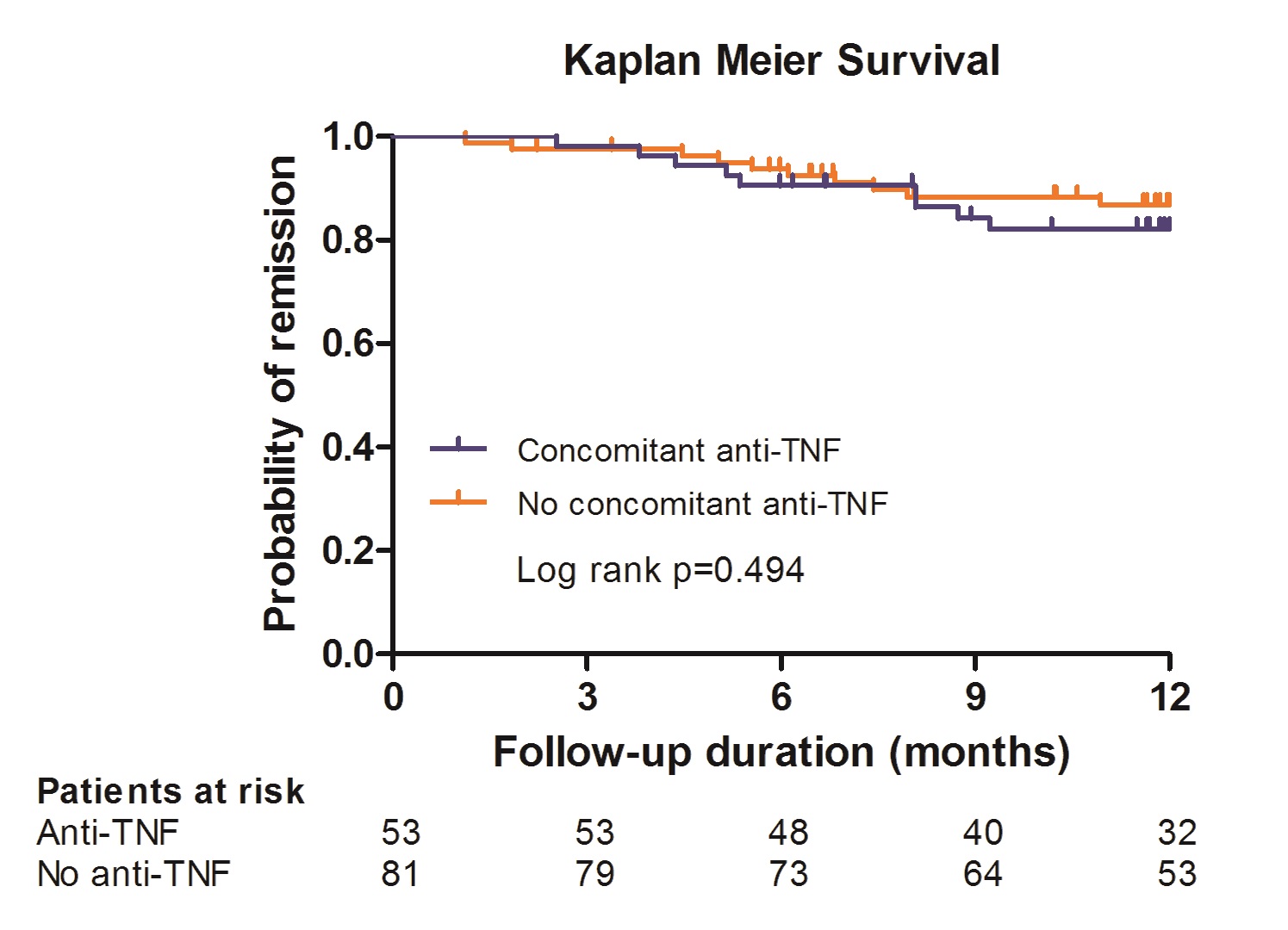 This prospective study showed relapse rates of 28% and 40% at 12 and 24 months, respectively, after cessation of thiopurines for stable remission. UC/IBDU patients had a higher risk of relapse. Type of thiopurine, remission duration, concomitant 5-ASA or anti-TNF were not predictive of continuing remission.