There are a few studies about the relationship between inflammatory bowel disease (IBD) and atopic dermatitis (AD). It implicates that both diseases have common pathophysiologic mechanism and are able to affect each other. However, little information is available for the effect of AD on the clinical course of patients with IBD.

This is a retrospective, observational case-control study. Patients with concurrent IBD and AD were defined as case group and those with IBD only as control group. Diagnosis of AD was defined as chronic eczematoid dermatosis diagnosed by dermatologists. Age-, gender-, and IBD subtype-matched patients with a confirmed diagnosis of IBD were included as control group. The ratio of the case and control group was set as 1:2. Trend in the duration from diagnosis of IBD to first use of biologics, first IBD-related operation and first IBD-related bowel resection were estimated with Cox regression analysis. 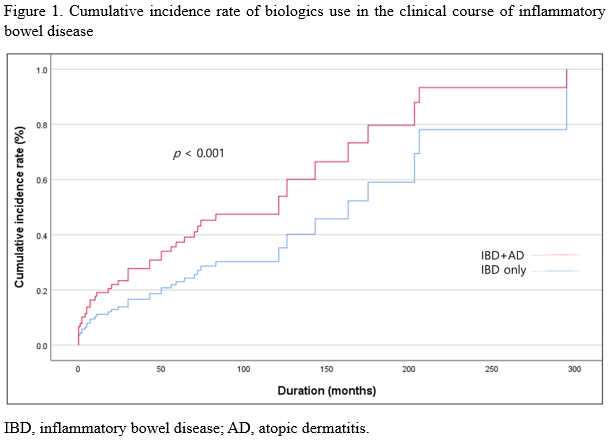 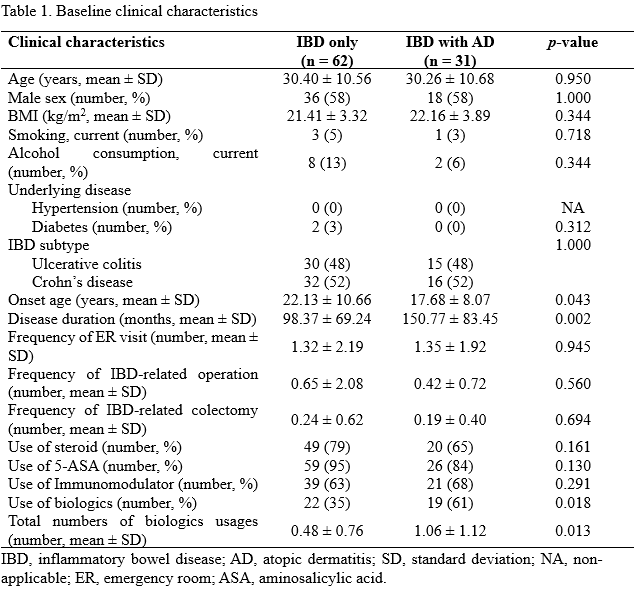 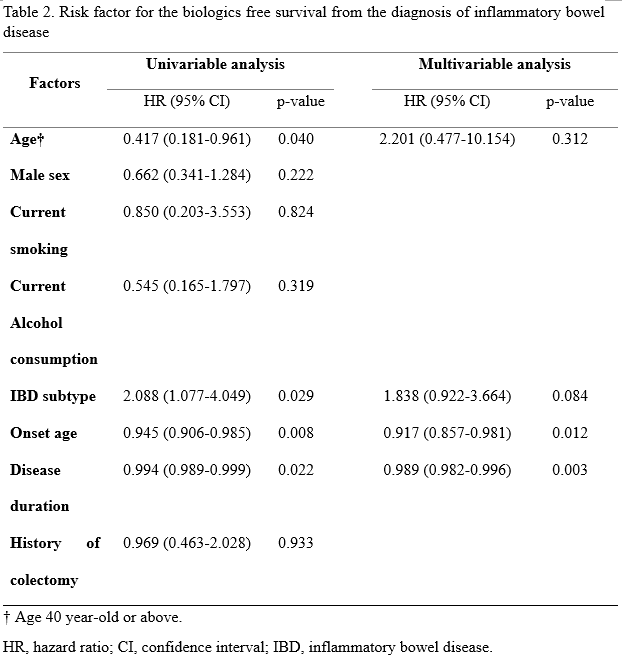 Patients having concurrent IBD and AD exhibited different characteristics compared with those having IBD only, particularly in terms of disease onset and severity. Furthermore, AD showed an significant effect on the time for the initiation of biologics. Further research is required to elucidate the common pathogenesis and the role of AD on the clinical course of IBD.