In this prospective study, moderate to severe SB involvement CD patients were enrolled, defined by a Lewis score on VCE at diagnosis > 790 in at least one tertile. All patients were treated with adalimumab monotherapy at the standard dosing for CD for 24 weeks prior to undertaking the follow-up second VCE. The primary outcome was the endoscopic healing defined as a Lewis score (LS) < 350, whereas partial response was defined as a > 50% decrease from baseline in LS. Secondary outcomes included the remission in the clinical symptoms (Harvey Bradshaw Index, HBI < 4) and biomarkers (fecal calprotectin, FC < 200 ug/g, and c-reactive protein, CRP < 5 mg/l). 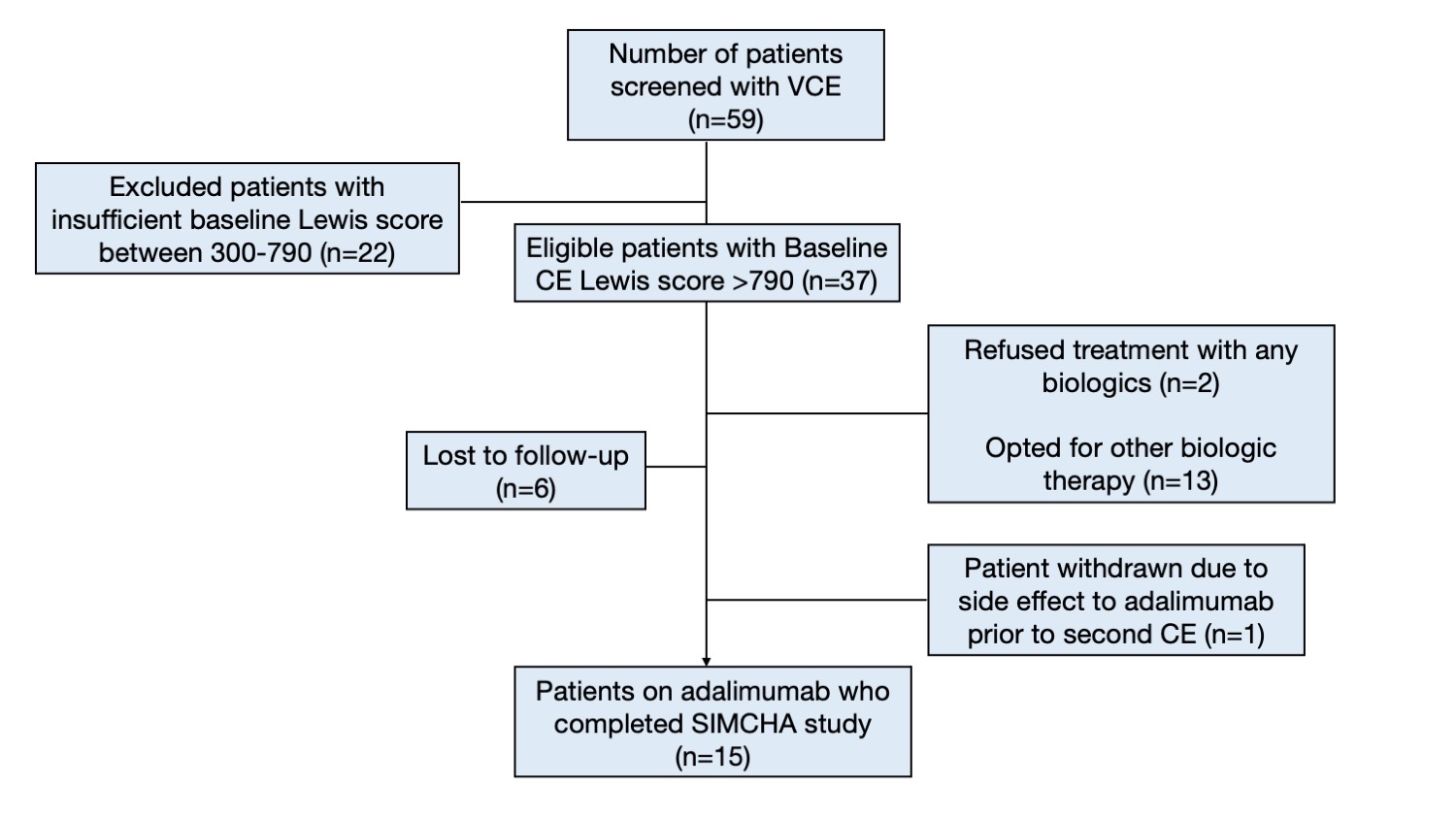 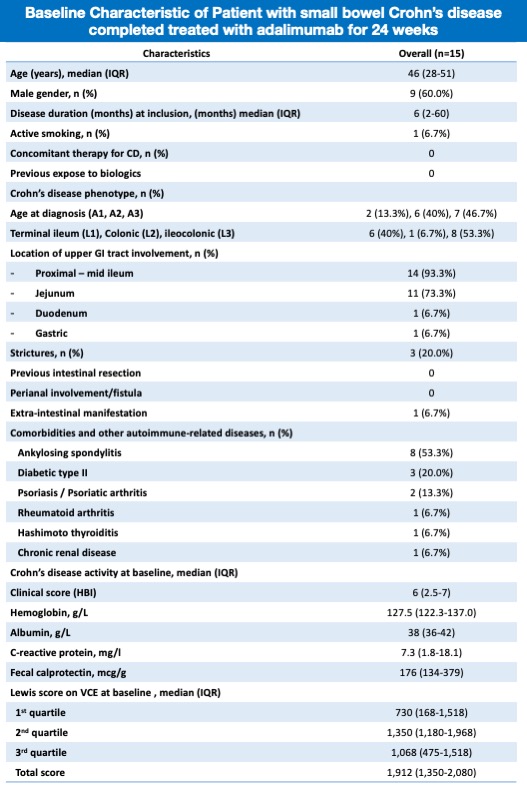