P325 Real-World Effectiveness And Safety Of Ustekinumab In Patients With Ulcerative Colitis: A Multi-Centre Study

Pivotal trials have shown that ustekinumab (UST) is effective in ulcerative colitis (UC). However, the population included in these trials do not always represent the cohort of patients treated in the “real world”. In this study, we aimed to describe the effectiveness and safety of UST in a clinical cohort of patients with UC

We performed a multi-center cohort study and included patients with active UC starting UST. Variables collected included demographics, previous and current UC medications, disease activity (measured using partial and endoscopic Mayo score [PMS and EMS]) at 8 weeks, 6 months and end of follow-up. We also abstracted UST drug level and anti-UST antibodies (AUA), albumin and C-reactive protein levels. Primary outcomes were clinical response at week 8 defined as a reduction of 3 points in the PMS or PMS<2. Secondary outcomes were clinical remission defined as a PMS <2 and endoscopic remission defined as a MES ≤1, and the development of an adverse event (AE) attributed to UST.

In a population enriched with refractory UC, UST was well tolerated and induce response and remission in a significant number of patients. The rate of response was lower in obese patients and those with extensive colitis but was not associated with previous exposure to biologics and/or tofacitinib. Larger studies with a longer follow-up are warranted.

Figure 1: Rates of clinical response and remission in patients with UC receiving ustekinumab 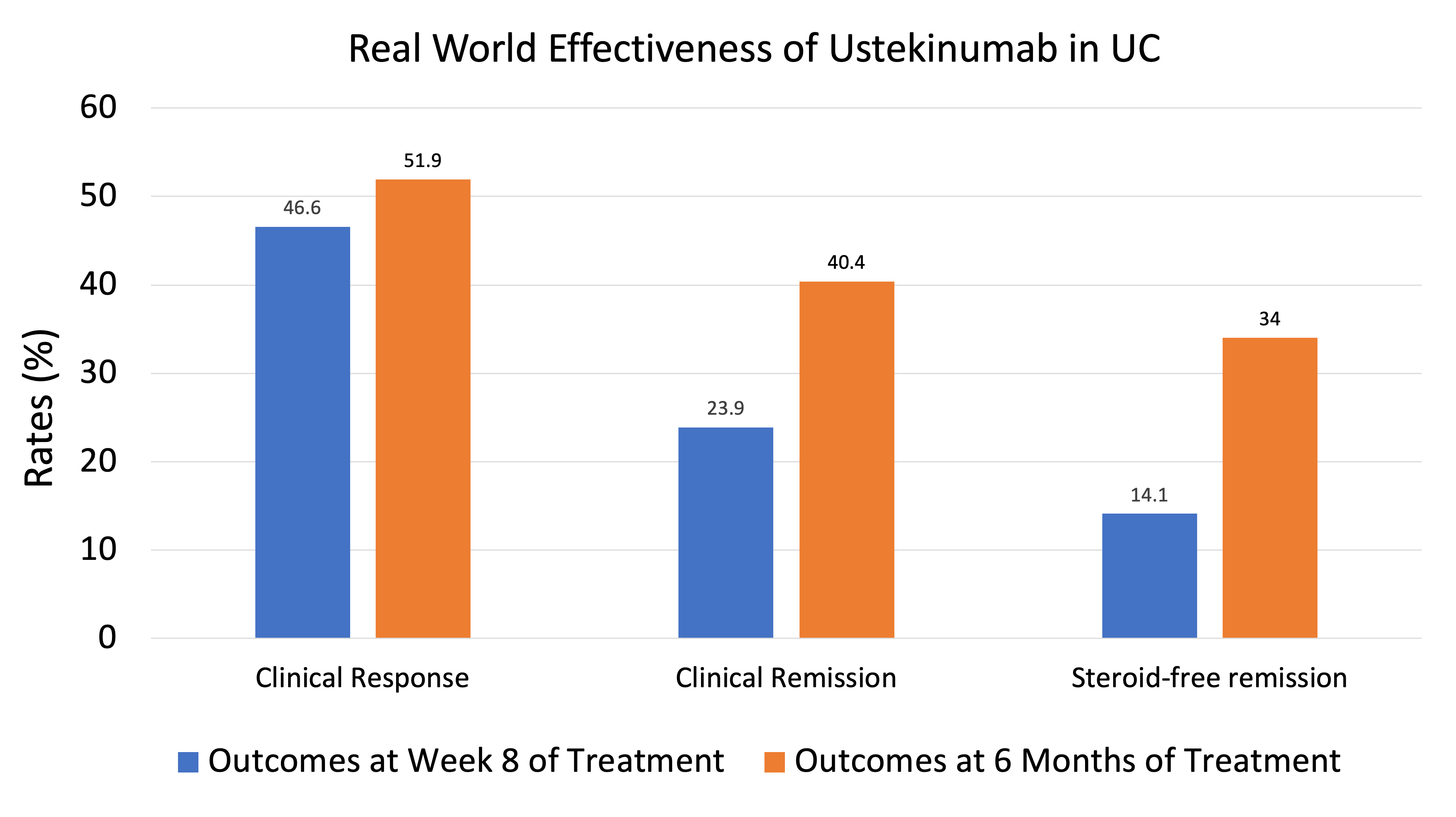 Figure 2: Association between several baseline characteristics and response to ustekinumab in UC 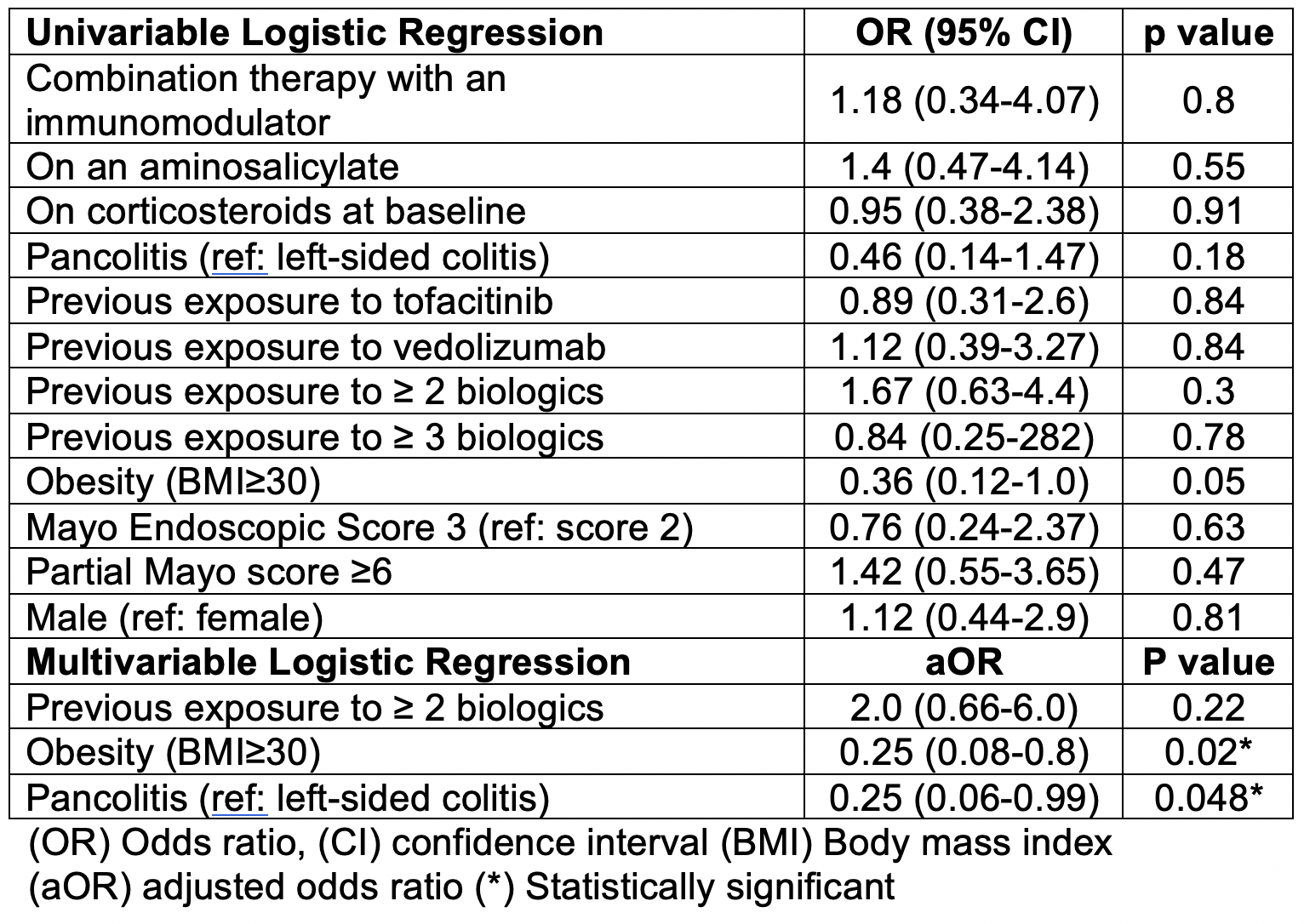