Multiple adalimumab (ADA) biosimilars, including SB5 (Imraldi) and ABP 501 (Amgevita), are now approved for use in IBD. Data about biosimilar ADA in IBD remain scarce. We therefore aimed to investigate long-term outcomes of the biosimilar SB5 in IBD patients following a switch from the ADA originator (Humira) or after start of SB5 as their first ADA-therapy.

We performed a retrospective cohort study in a tertiary IBD referral centre. All IBD patients treated with Humira underwent an elective switch to SB5 regardless of IBD phenotype, disease activity and ADA dosing. All patients were reviewed regularly in the virtual biologics clinic with protocol driven collection of clinical disease activity, blood tests, TDM and faecal calprotectin. We identified all patients on SB5 in a biologic prescription database that prospectively registered all ADA by brand name and start and stop dates. 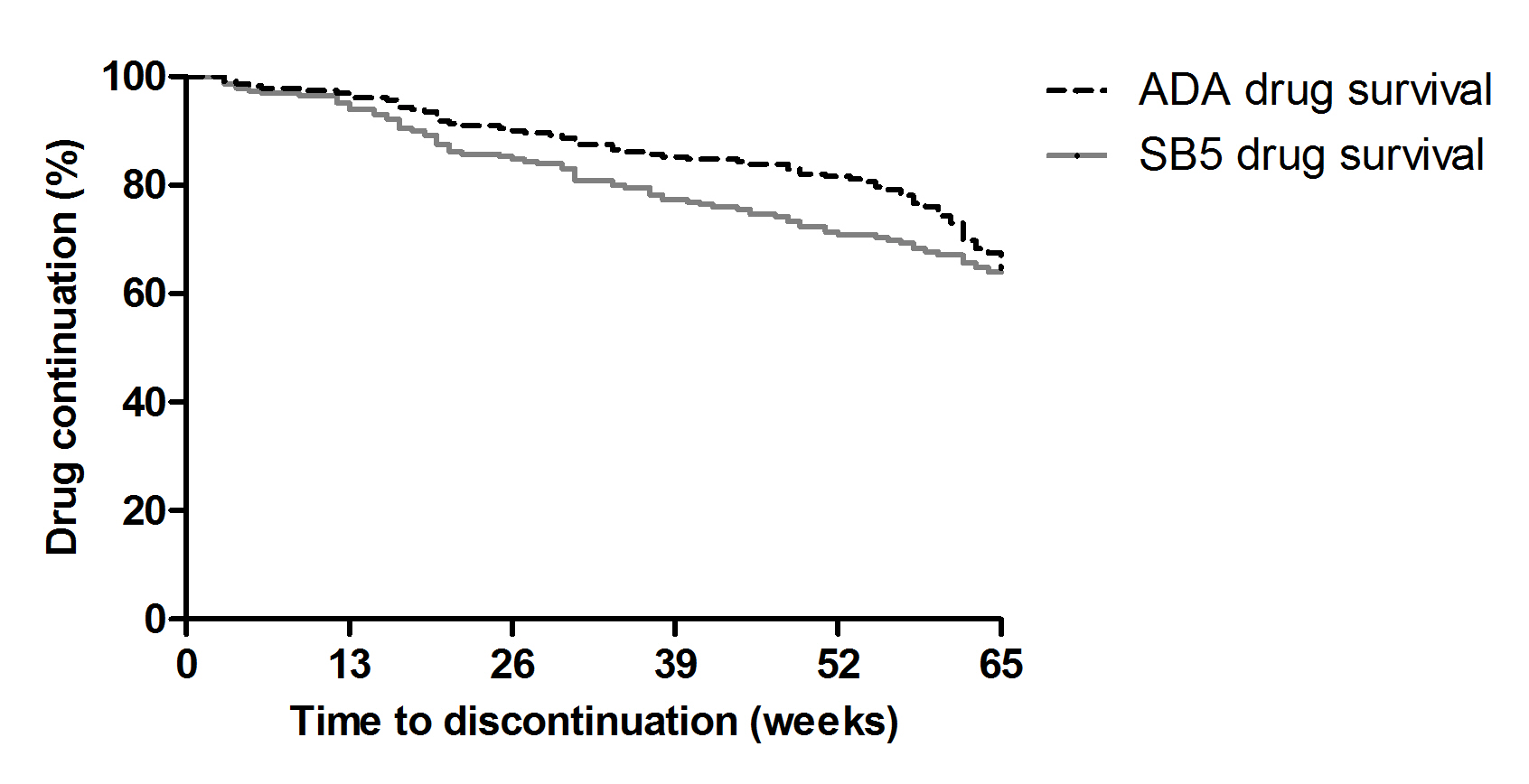 Switching from Humira to SB5 appeared effective and safe in this study with over 12 months of follow up. The most common adverse event was injection site pain; these patients were successfully moved on to Amgevita providing the first data about a double biosimilar switch. Over the 24 months of this biosimilar ADA program substantial cost savings were effected.