ACT is a psychological therapy designed to increase psychological flexibility and improve how people relate to difficulties. It has been found to be efficacious with a range of difficulties (Gloster et al, 2020) but is increasingly used to support patients with long term health difficulties due to its unique perspective on the disease related and realistic ideas that patients hold about their conditions (Graham et al, 2016).

Initial studies using ACT with patients with IBD, have shown positive but varying effects on outcomes (Hou et al, 2017; Wynne et al, 2019). Feedback from these patients suggests that ACT is an acceptable approach (Dober et al, 2020), however, one trial had a significant drop out rate (Wynne et al, 2019). No real world evidence of the use of ACT with IBD patients has been reported and little is known about the practicality and efficacy as part of routine clinical practice

Those referred to a specialist IBD psychology service, 2019 to 2021, were assessed as being suitable for an ACT based ‘managing symptoms group’. Those struggling with low mood, anxiety, chronic or functional symptoms and struggles with adjustment were included. Exclusion criteria were; trauma symptoms, interpersonal difficulties or individual issues such as surgery or adherence.

Patients attended 8 weekly sessions of 90 minutes. Data was captured on demographics and attendance. The primary outcome was adherence to the group, with completion defined as attending 5 or more sessions.  Secondary outcomes of psychological distress, flexibility and functioning, were measured with patient-reported questionnaires pre and post intervention. Descriptive statistics, t-tests and Wilcoxon rank tests were performed

78 were assessed as suitable and enrolled for the group, 15 (19%) did not attend the first session and were discharged. Of the remaining 63, 10 (16%) dropped out during the group, partial data is available for 41 of those who completed the group and complete data for 18 of these. 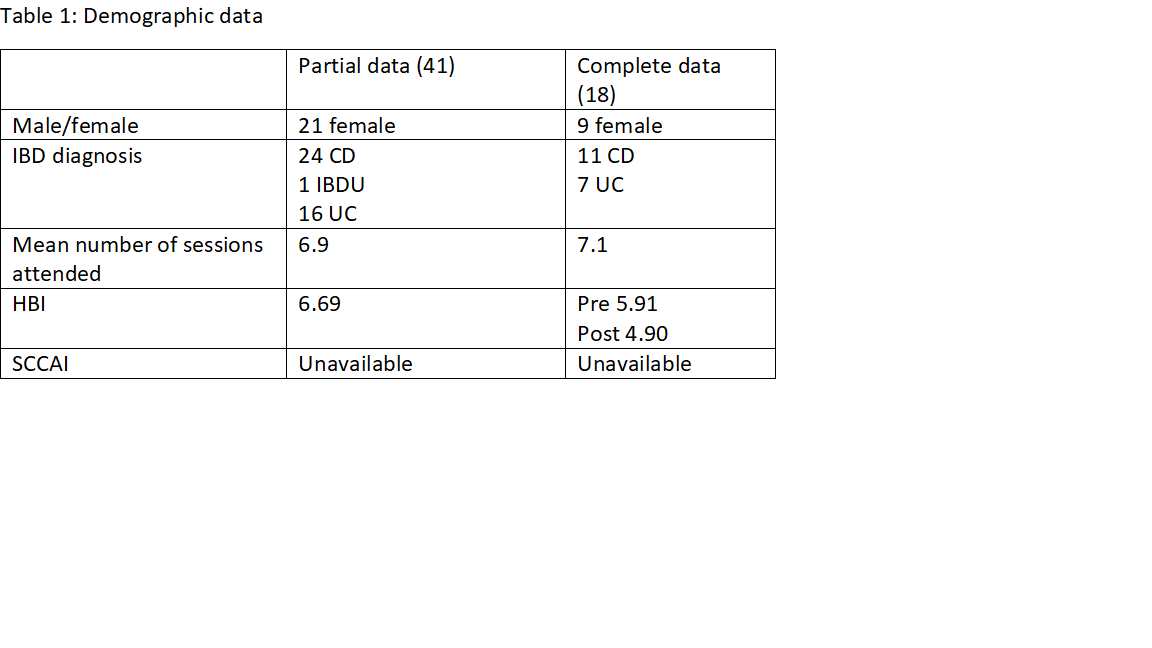 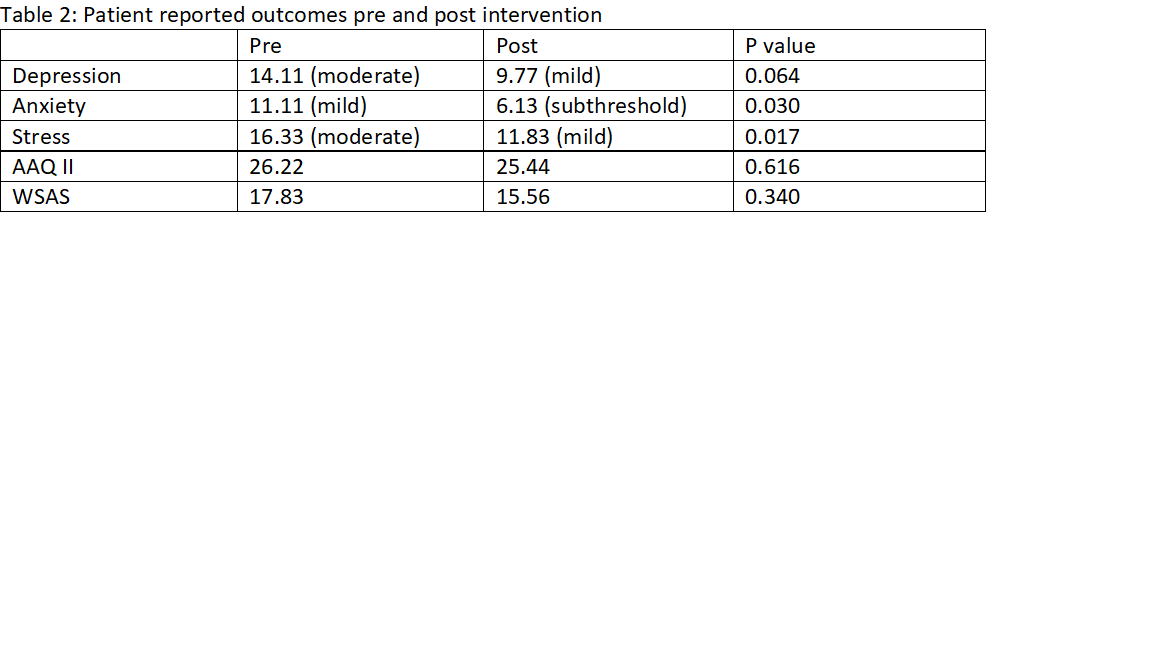 This is the first analysis of this type of intervention, performed in a clinical setting. Unlike a previous trial, the relatively low dropout and high number of sessions attended indicates that it is acceptable to the majority. Additionally, the significant change in psychological distress suggests that this group intervention is practical, effective and acceptable in settings where we are all under pressure for resources.

The results are from a small sample and suffered from typical challenges in obtaining patient-reported responses. However, there were no obvious differences between those who completed all measures and those who didn’t. The results provide evidence to support the continued use of ACT based interventions for those with IBD.