Clinical data and sera were collected from 2,213 IBD patients receiving routine care at institutions in Belgium, Canada, Hong Kong, India, Japan, the United Kingdom, and the United States between 26 May 2020 and 24 September 2021 (Table 1). Sera were taken prior to vaccination. Clinical data were collected through patient questionnaires and medical records. Antibody reactivity to the SARS-CoV-2 spike protein was assessed using the Roche SARS-CoV-2 anti-spike total antibody and/or Siemens Healthineers COV2T anti-spike total antibody assays, which showed 99.4% concordance. Univariate analysis was performed to evaluate association between individual variables and sero-status.

The pre-vaccination seroprevalence of antibodies to SARS-CoV-2 in IBD patient varied widely according to location from 0% in Hong Kong to 57.9% in New Delhi, India (p<0.001). Rates in Europe and North America were similar (range 3.57%-8.94%). Overall, SARS-CoV-2 seroprevalence appears to be equal to or less than local populations (Table 2). Seroprevalence rates were associated with IBD type (7.8% CD, 12.4% UC, 15% IBD-U, p<0.001), smoking status (p<0.001), and history of COVID diagnosis (p<0.001) or COVID hospitalization (p=0.001), and any IMM (p<0.001). (Table 3). Whilst there were no significant differences in seroprevalence between  patients receiving infliximab (IFX), vedolizumab (VDZ), and ustekinumab (UST), antibody levels were attenuated in patients on  IFX monotherapy and combination therapy (both p=0.002) and VDZ (p=0.02), compared with no medications (Figure 1). 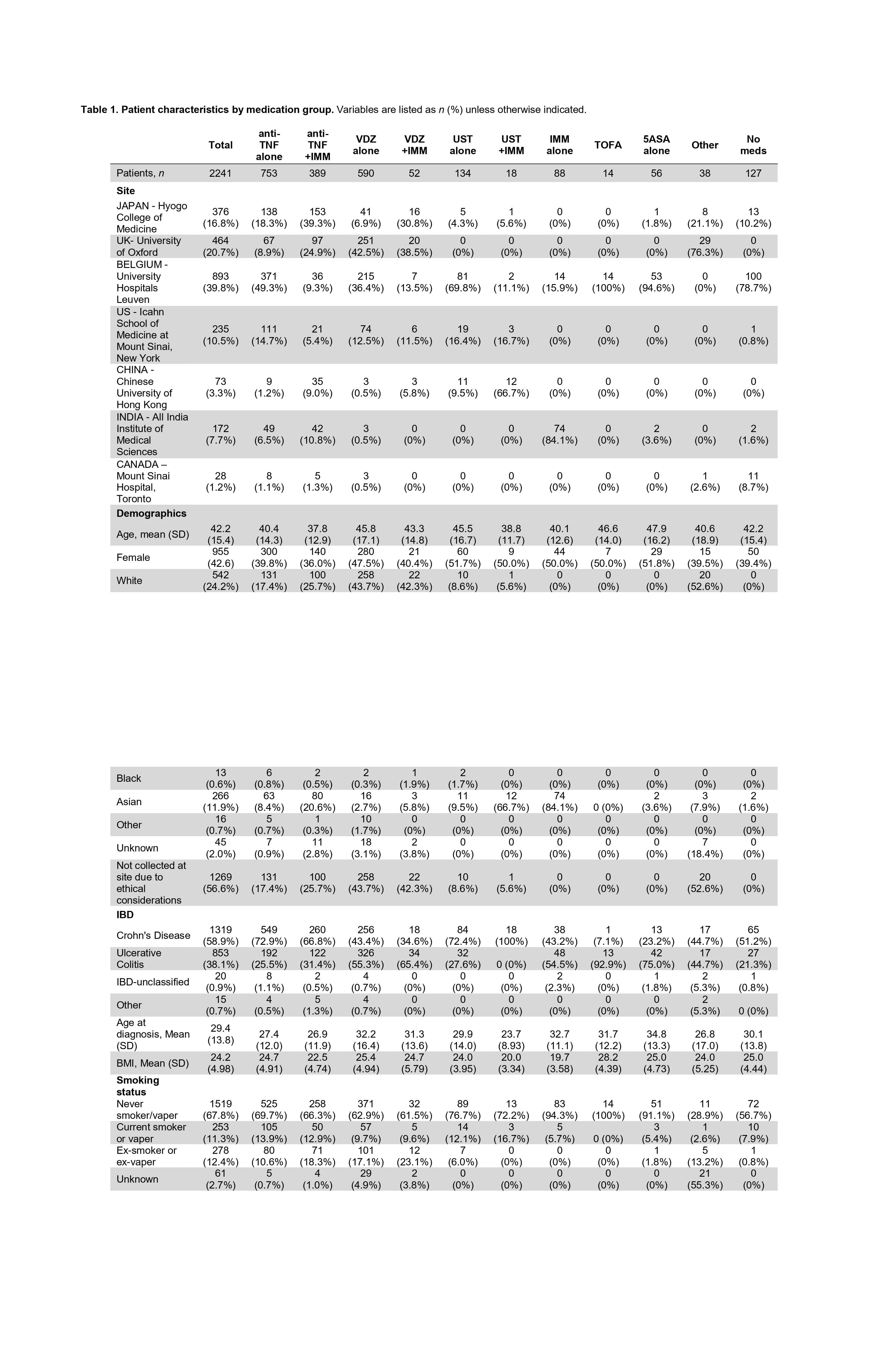 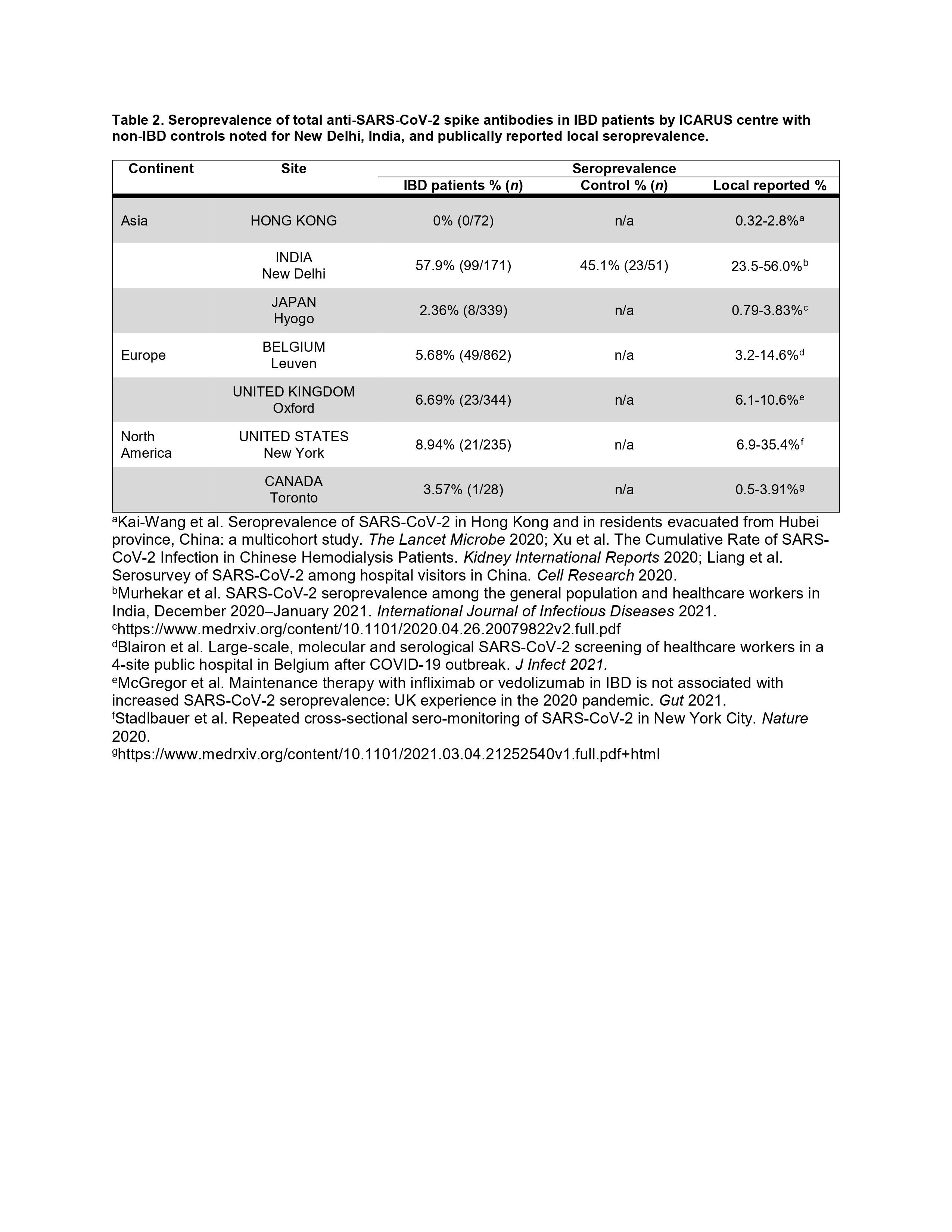 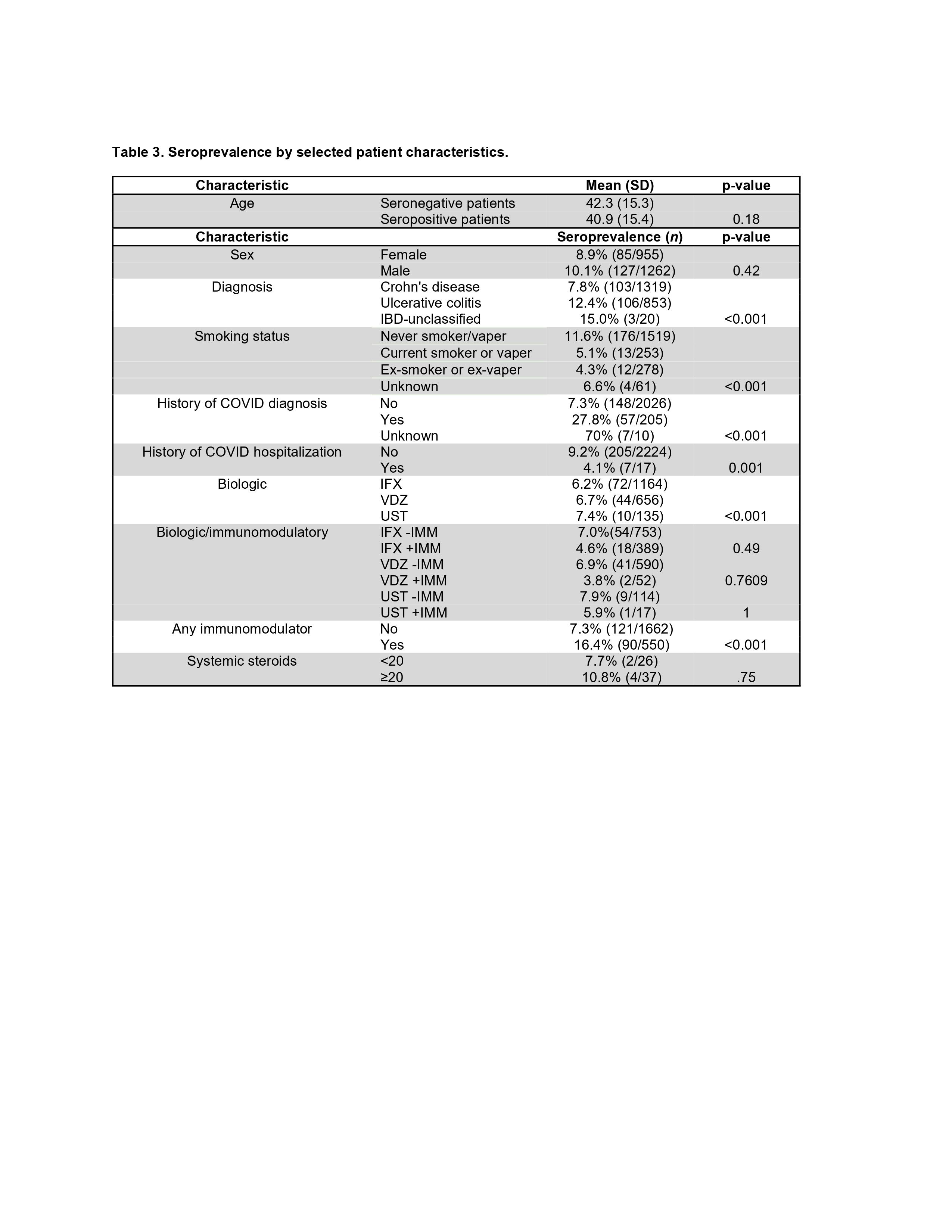 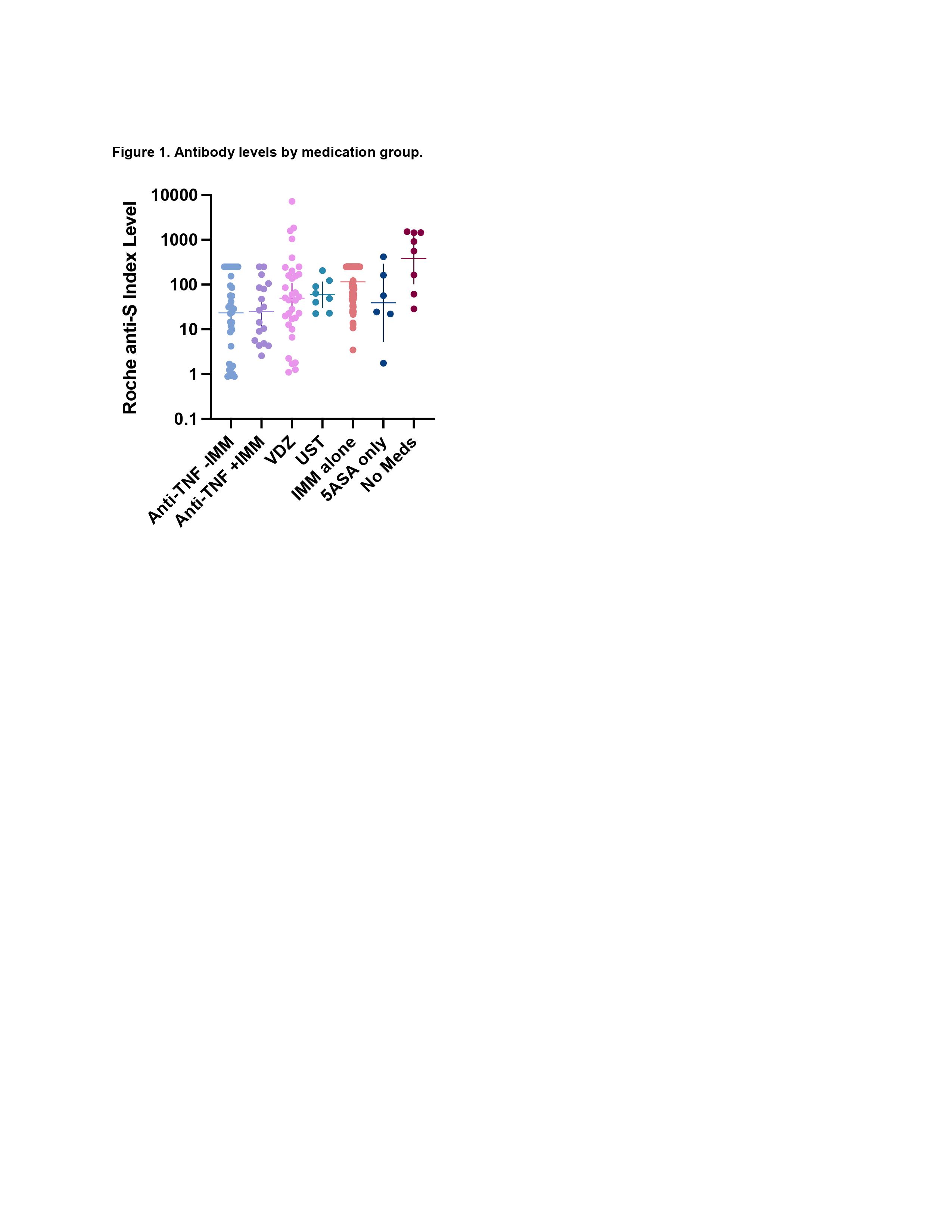 We confirm in diverse poulations that exposure to biologics or immunomodulators, type of disease, and smoking status are associated with seroprevalence and antibody levels. We show for the first time the dominant influence of geographical location on sero-status in these patients. These observations should be considered as we look towards post-vaccination data to help stratify patients for clinical guidelines on SARS-CoV-2 vaccination.