The efficacy of ustekinumab in prior biologic exposed refractory patients with inflammatory bowel disease is significantly inferior to those who are bio naïve. The optimal therapeutic level and hence the optimal dosing strategy in this setting is uncertain. Whether early dose optimisation is beneficial in this group of patients has not been evaluated. We aimed to compare the effectiveness and safety of early dose optimisation for maintenance compared to conventional maintenance regime in a retrospective cohort of refractory IBD patients

All patients initiated on ustekinumab following failure of one or more anti-TNF agents were included. Patients who received conventional maintenance regime (Q8W) was compared to those who received accelerated maintenance regime (Q4H). The primary end point was steroid free remission at 12 months or at last follow up. The secondary end points were ustekinumab persistence at 6 months and 12 months, need for surgery and drug related infectious or non-infectious complications 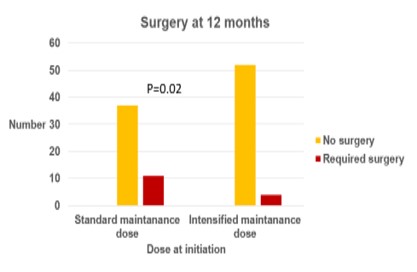 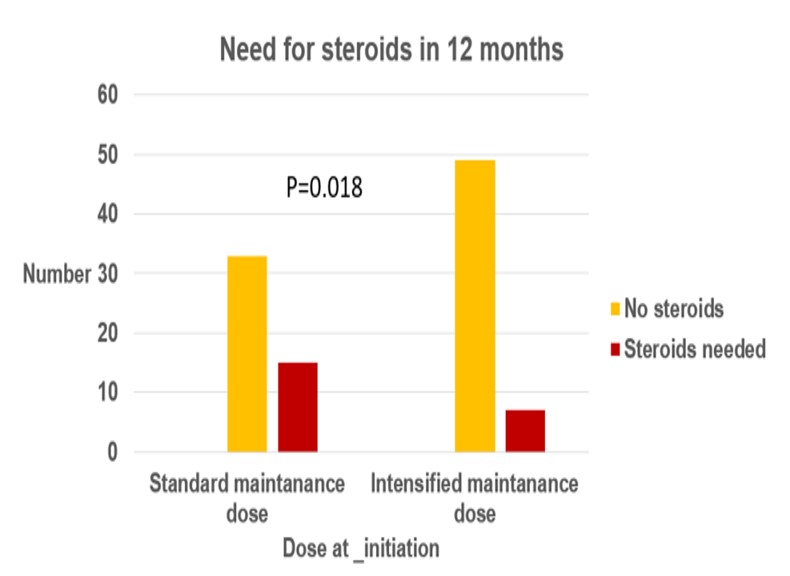