Entry criteria and outcome measures of Crohn’s disease (CD) clinical trials have evolved. Patients are now required to have active inflammation on screening endoscopy, with some studies requiring moderate-severe SES-CD scores. Recent trials have endoscopic response as a co-primary endpoint and endoscopic remission (ER) and deep remission (DR) as major secondary endpoints. Pivotal CD maintenance studies typically examine only responders to induction. The SEAVUE study required ≥1 ulceration of any size (SES-CD≥3) at baseline and had a treat-through design. To examine the results in the context of these trial design characteristics, we evaluated endoscopic outcomes at wk52 in the subgroup of pts with moderate-severe baseline SES-CD scores in SEAVUE, as well as those who were in clinical response after induction.

Biologic-naïve pts failing or intolerant to conventional therapy with CDAI≥220/≤450 and SES-CD≥3 were eligible. Pts were randomized 1:1 to UST (~6mg/kg IV at wk0 then 90mg SC q8w) or ADA (SC 160mg at wk0, 80mg at wk2, then 40mg q2w). Endoscopic outcomes were evaluated in all pts and the subgroup with moderate-severe endoscopic disease (baseline SES-CD≥6 for ileocolonic or colonic disease or SES-CD≥4 for isolated ileal disease). Endoscopic response was a ≥50% reduction from baseline in SES-CD, SES-CD≤3, or SES-CD=0 for pts with baseline SES-CD=3. ER was SES-CD≤3 or 0 in pts with baseline SES-CD=3. DR was CDAI<150 and ER. 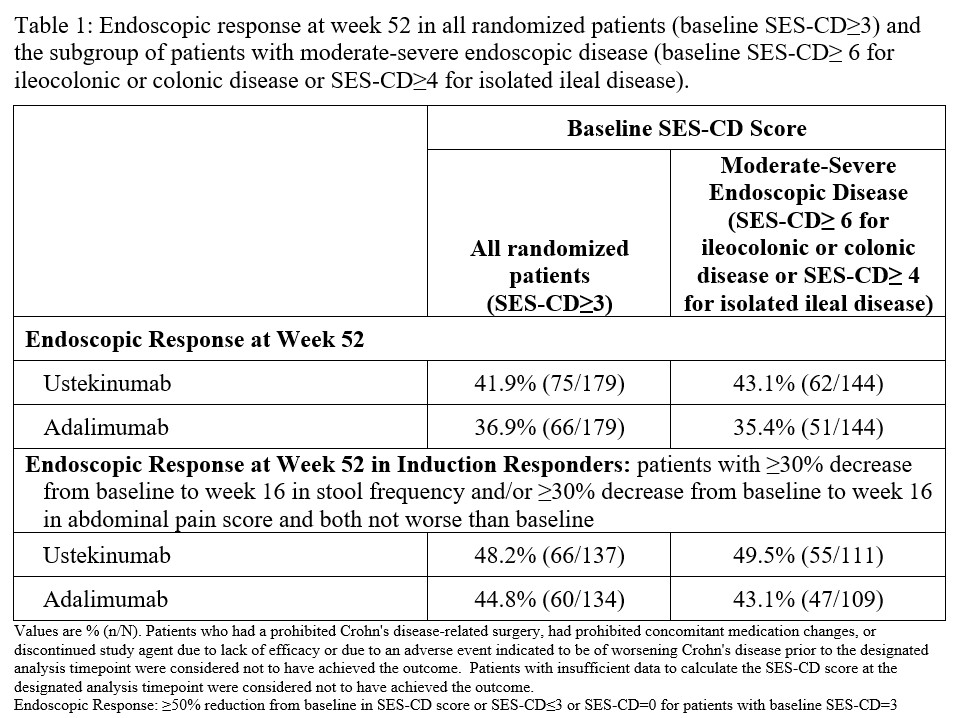 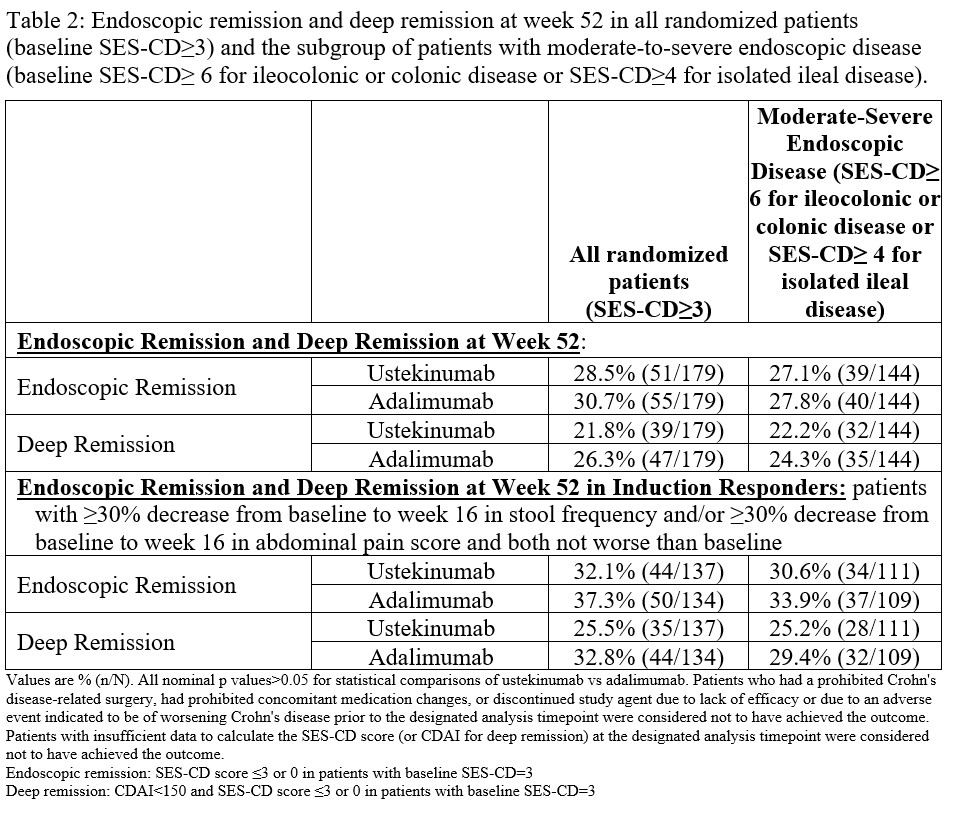 In SEAVUE, both the UST and ADA treatment groups achieved high endoscopic response, ER, and DR rates at wk52. Results in pts with moderate-severe endoscopic disease were similar to those of the full cohort, but clinical responders after induction had higher rates than the full cohort.