In OCTAVE Open, 57 patients were included in the dose escalation subpopulation, of which 28 (49.1%) had prior TNFi failure. Overall, at M1 and M6, of OCTAVE Open, 59.6% and 66.7% of patients had rectal bleeding improvement, respectively (Figure 1). Corresponding values for stool frequency improvement were 50.9% and 64.9%. At most time points, rates of rectal bleeding and stool frequency improvements were similar in patients with and without prior TNFi failure. Patients with a clinical response at M2 had a numerically greater mean decrease from baseline in PMS, RBS and SFS at M1 than those without (Figure 2).

In this post hoc analysis, in patients with UC who had loss of response after 8–52 weeks of treatment with tofacitinib 5 mg BID (following reduction from induction tofacitinib 10 mg BID), dose escalation back to 10 mg BID generally resulted in rectal bleeding and stool frequency improvement in the majority of patients by M1, which was maintained to M6, regardless of prior TNFi failure status. Furthermore, early improvement in RBS and/or SFS at M1 may indicate likelihood of recapturing response at M2 with dose escalation from tofacitinib 5 to 10 mg BID. 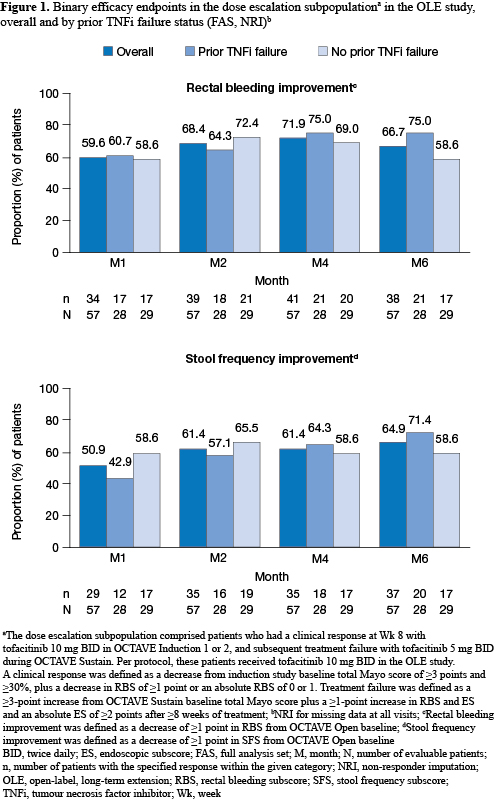 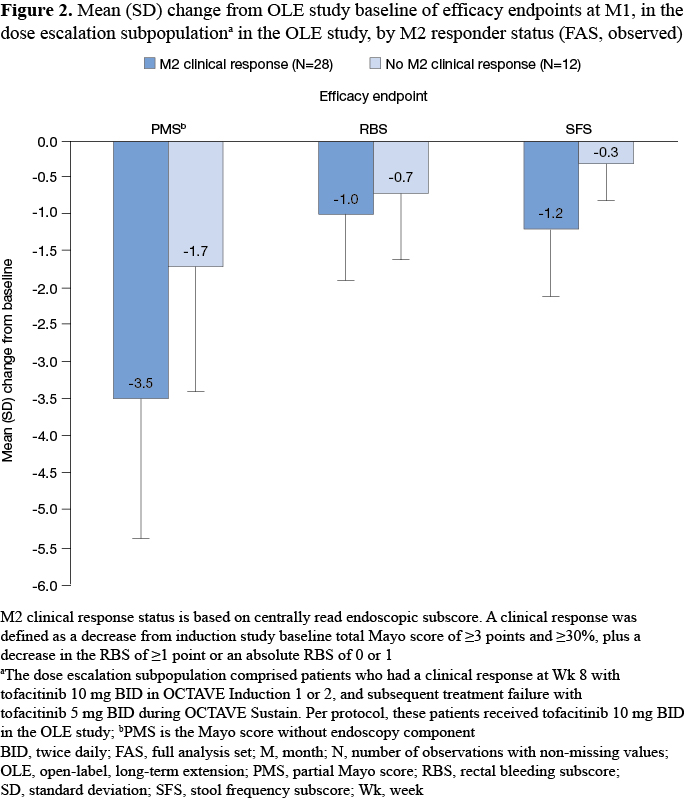