Patients that met Australian criteria for IBD surveillance, at a tertiary IBD centre, between January and October 2021, were enrolled to undergo colonoscopy with either LCI or TXI, followed immediately by CE. Each colonic segment was examined with the respective IEE and all lesions identified were photographed and classified according to Paris and JNET classifications. Lesions were endoscopically characterised as neoplastic or non-neoplastic with the aid of additional IEE characterisation modes, Narrow Band Imaging (NBI)(Olympus) and Blue Light Imaging (BLI)(Fujifilm). Each segment was then examined with CE (methylene blue 0.1%) and all lesions identified were classified and resected. Diagnostic yield, missed lesions and accuracy in characterising neoplastic lesions were calculated for each modality. 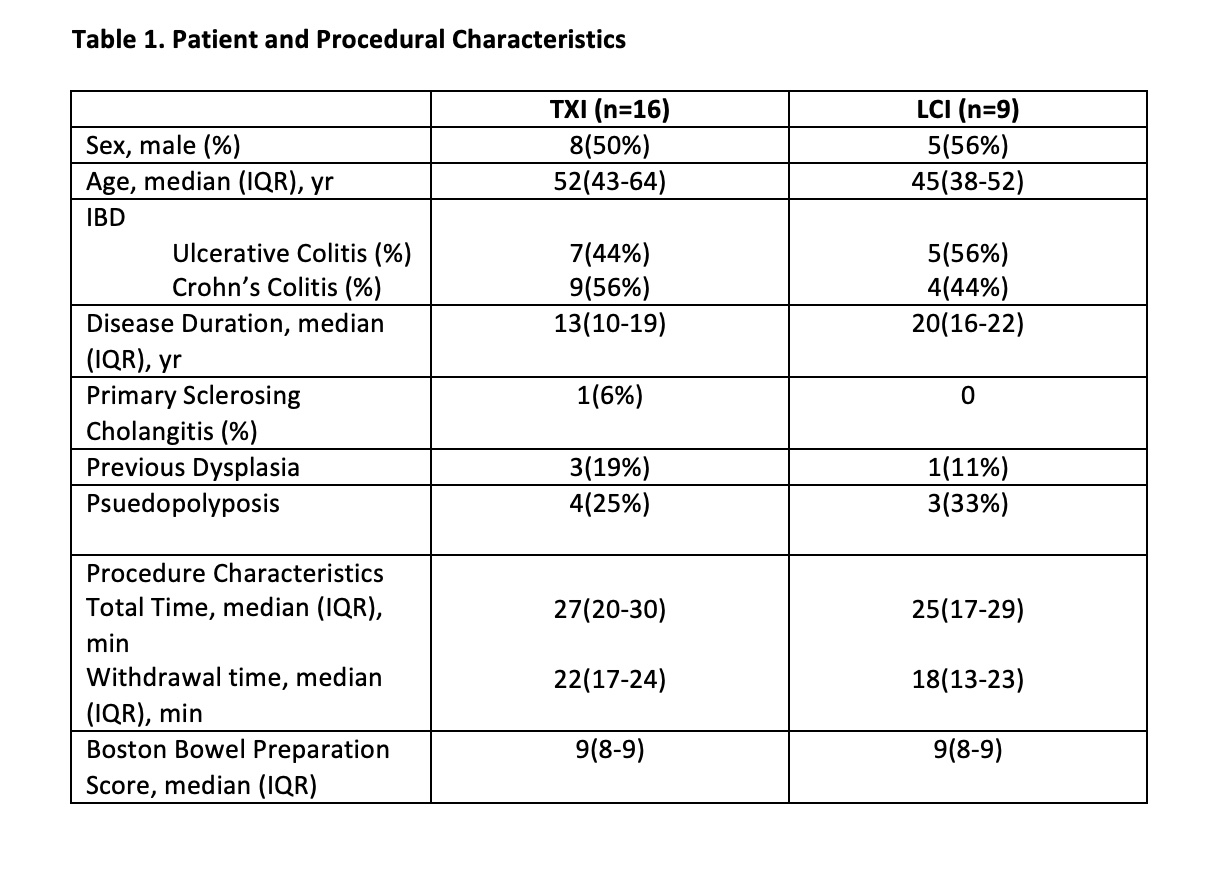 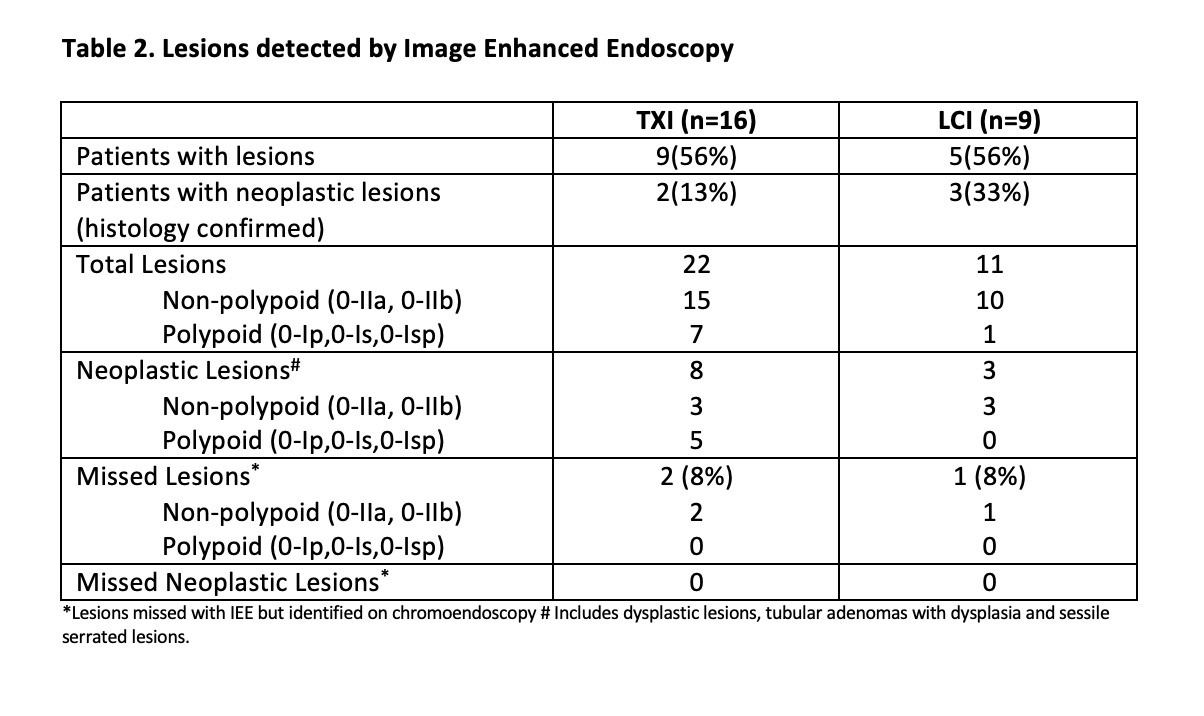 The novel IEE modalities TXI and LCI are effective in colonic IBD surveillance with no neoplastic lesions missed as compared to CE. Overall neoplastic lesion detection rate was 20%. The utility of IEE to accurately characterise neoplastic potential was 79%. A larger randomised controlled trial comparing these novel technologies to CE is required and may eliminate the need for CE in the future.