P392 To study the prevalence of depression and anxiety in patients of Inflammatory Bowel Disease (IBD) and the efficacy of psychopharmacotherapy in these patients: A pilot study

There is high prevalence of psychiatric disorders amongst IBD patients which independently affect quality of life. Studies have shown psychological stress leads to IBD flare. Non pharmacological psychotherapy has been studied in treatment of IBD, but not psychopharmacotherapy. We feel treatment for mental disorders in IBD patients may improve outcomes.

This is a prospective, observational single centre pilot study. After ethics committee approval, 200 patients were accrued between November 2019 & June 2021, with 1 year follow up for patients with anxiety or depression. All patients >18 years with Ulcerative Colitis (UC)/Crohn’s disease (CD) were enrolled. We excluded patients with IBD-Unclassified, post ileostomy/colostomy, on biologicals, malignancy. For assessing disease activity in UC we used UCEIS & pMAYO scores; CDEIS & Harvey-Bradshaw scores for CD. HADS-A & HADS-D scores were used to determine anxiety and depression, respectively.  Patient with HADS-A or HADS-D > 7 were considered to have significant anxiety/depression, were given psychopharmacotherapy as per psychiatrist. All patients received IBD therapy as per standard of care. These patients were followed up at 3, 6, 9 and 12 months to assess the clinical parameters and HADS scores at each visit. Colonoscopy was repeated after a year to assess endoscopic activity. 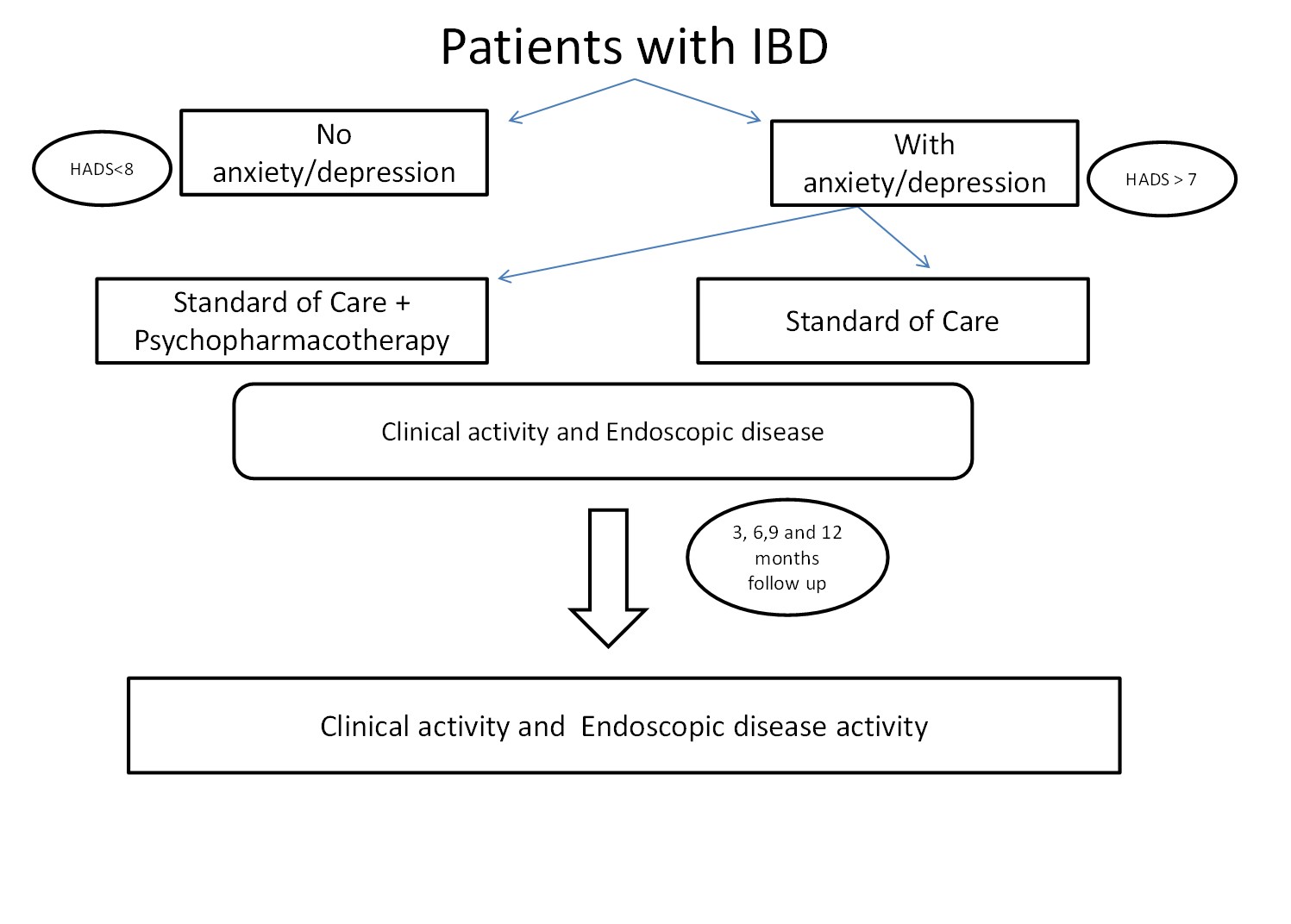 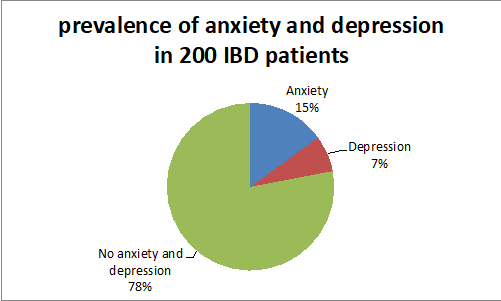 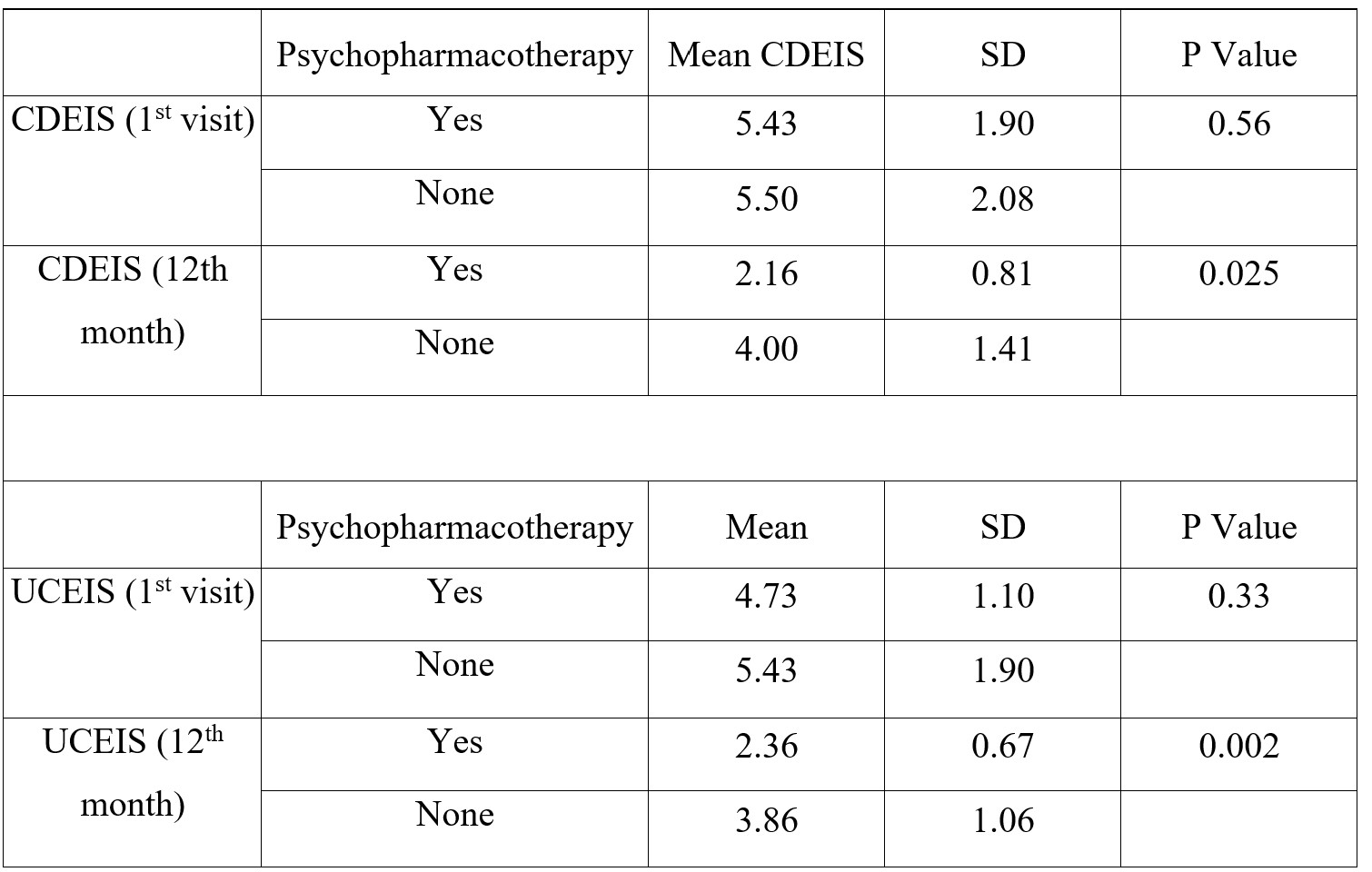 Our study confirmed the high prevalence of anxiety and depression amongst Indian IBD patients. IBD patients with significant anxiety or depression benefit from Psychopharmacotherapy in addition to standard of care treatment, showed improvement in clinical as well as endoscopic disease activity.