Low muscle mass is common in Inflammatory Bowel Disease (IBD) and is associated with poor quality of life and increased need for surgery. Our aim was to compare body composition in patients with IBD to controls, active and inactive IBD, and before and after biologic induction therapy. 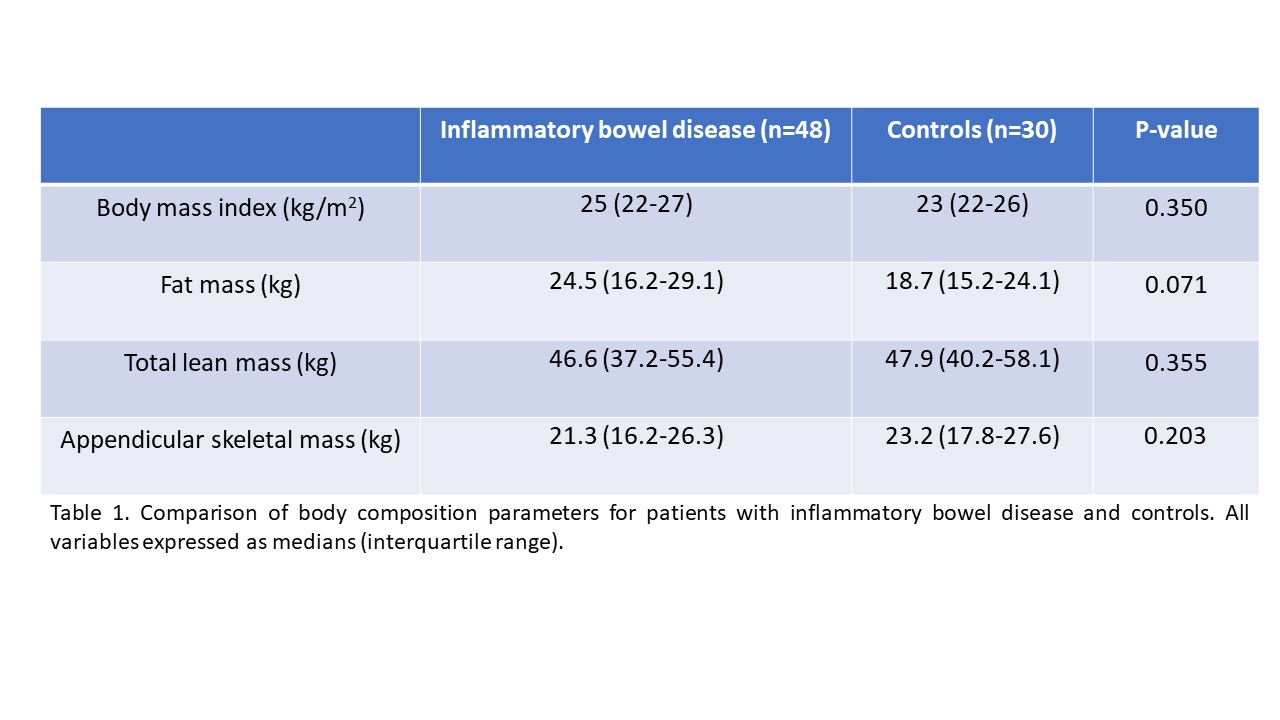 These markers were also similar when comparing active (n=28) to inactive (n=16) patients with IBD, stratified by gender. Low SMI was more common in the IBD cohort compared to controls (19% vs. 3%, p=0.048). Only one patient with low SMI had low hand-grip strength to meet the criteria for sarcopenia in the IBD cohort. More patients with IBD had low protein intake (13% vs 0%, p=0.027) and were mild to moderately undernourished (25% vs 0%, p=0.003) compared to controls. No difference was found with physical activity and hand-grip strength. In the IBD cohort, patients with low SMI were more likely to be undernourished (56% vs 18%, p=0.019) but had similar protein intake compared to those with normal SMI. In 7 of 14 patients who responded to biologic therapy, SMI (7.9 to 9 kg/m2, p=0.028) and total lean body mass (50.6 to 54.3 kg, p=0.043) increased, while total fat mass or body mass index did not change. Low SMI was found in 3 responders at baseline and increased after induction. There was no change in any body composition parameters in non-responders (n=7).

Body composition was similar between patients with IBD and controls, however low SMI was more common in IBD. Increasing muscle mass can be detected at ≥14 weeks after active disease is treated. 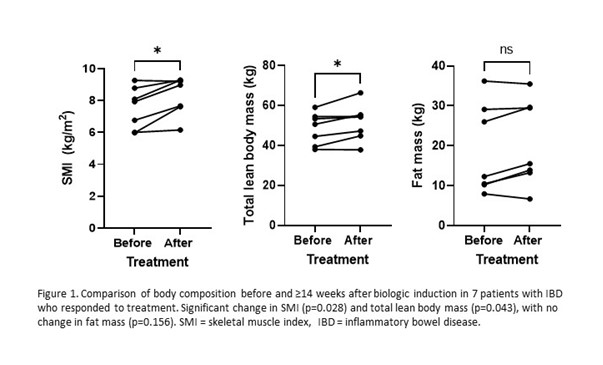