Direct injection of mesenchymal stem cells (MSCs) have been used for the treatment of perianal Crohn’s fistulizing disease. However, no studies have looked at the direct injection of MSCs for luminal ulcerative colitis (UC).

Following screening and informed consent, patients with medically refractory UC were randomized in a 2:1 fashion to receive remestemcel-L, an ex vivo expanded allogeneic bone marrow derived MSC product, at a dose of 150 or 300 million MSCs versus placebo delivered via direct injection using a 23 G sclerotherapy needle at the time of colonoscopy. Patients were included if they had medically refractory UC defined as an established diagnosis for at least 6 months prior to study enrollment and had lost response to at least one monoclonal antibody in the past. Patients were evaluated with validated clinical and endoscopic scoring systems at 2 weeks, 6 weeks, and 3 months post MSC delivery.  Patients randomized to control crossed over at 3 months to receive MSC treatment and followed the same schedule for post MSC evaluation.

A total of six patients were enrolled and treated; 4 were randomized to treatment and 2 to placebo. All had been on prior anti-TNF or anti integrin-therapy. There were no adverse and serious adverse events related to investigational product.

In the treatment group (n=4), the Mayo score and Mayo endoscopic severity score decreased in all patients by two weeks after MSC delivery. By six weeks post MSC treatment, all treated patients had achieved clinical and endoscopic remission as defined by the Mayo score and Mayo endoscopic severity score. Patient reported number of daily bowel movements decreased as did urgency and presence of blood in the stool. With regard to patient reported outcomes, at three months, based on the inflammatory bowel disease patient reported treatment impact (IBD-PRTI), all patients were extremely satisfied or satisfied with their MSC treatment. Treated response was described as excellent or good in all patients.

In the control group (n=2), the Mayo score did not decrease. Patient reported number of daily bowel movements increased as did the number reporting blood in their stool; urgency remained unchanged. With regard to patient reported outcomes, at three months, based on the IBD-PRTI, one patient was neutral, and one patient was dissatisfied. Treated response was described as poor or unchanged in control patients. 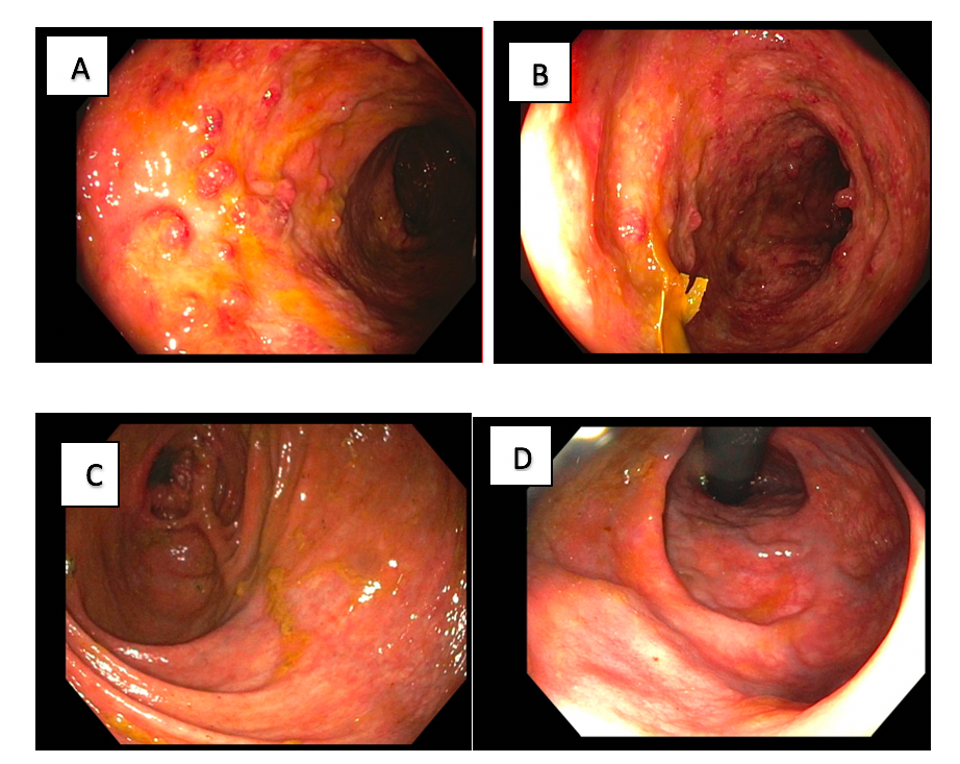