Biosimilars have delivered significant cost savings, increasing access to biologics for many patients. While numerous studies have demonstrated no difference in efficacy between originators and biosimilars, the impact of switching between originator and biosimilar adalimumab on drug levels and disease activity in real world cohorts remains largely unknown.

We conducted a retrospective observational cohort study of 392 patients with IBD (347 (89%) CD, 45 (11%) UC) who had switched from Humira to the biosimilar, Idacio, between February - November 2021. Therapeutic drug monitoring was carried out using a commercially available, drug sensitive ELISA (LISA TRACKER, Theradiag). Therefore, antidrug antibodies could only be detected in the setting of low or absent serum drug concentrations. Drug level data was parametric and analysed by paired student t test and Pearson correlation coefficient. CRP data was analysed by Wilcoxon test. Data was analysed using GraphPad Prism.

CRP levels were available for 163 patients before and after the switch, with no difference in median CRP at either time point (1 vs 1mg/L p=0.60).

33 (8%) patients experienced injection site pain with Idacio and therefore, switched back to Humira. The annual cost saving to the UK National Health Service for patients on weekly and every other week switched to Idacio is £5096 and £2548, respectively 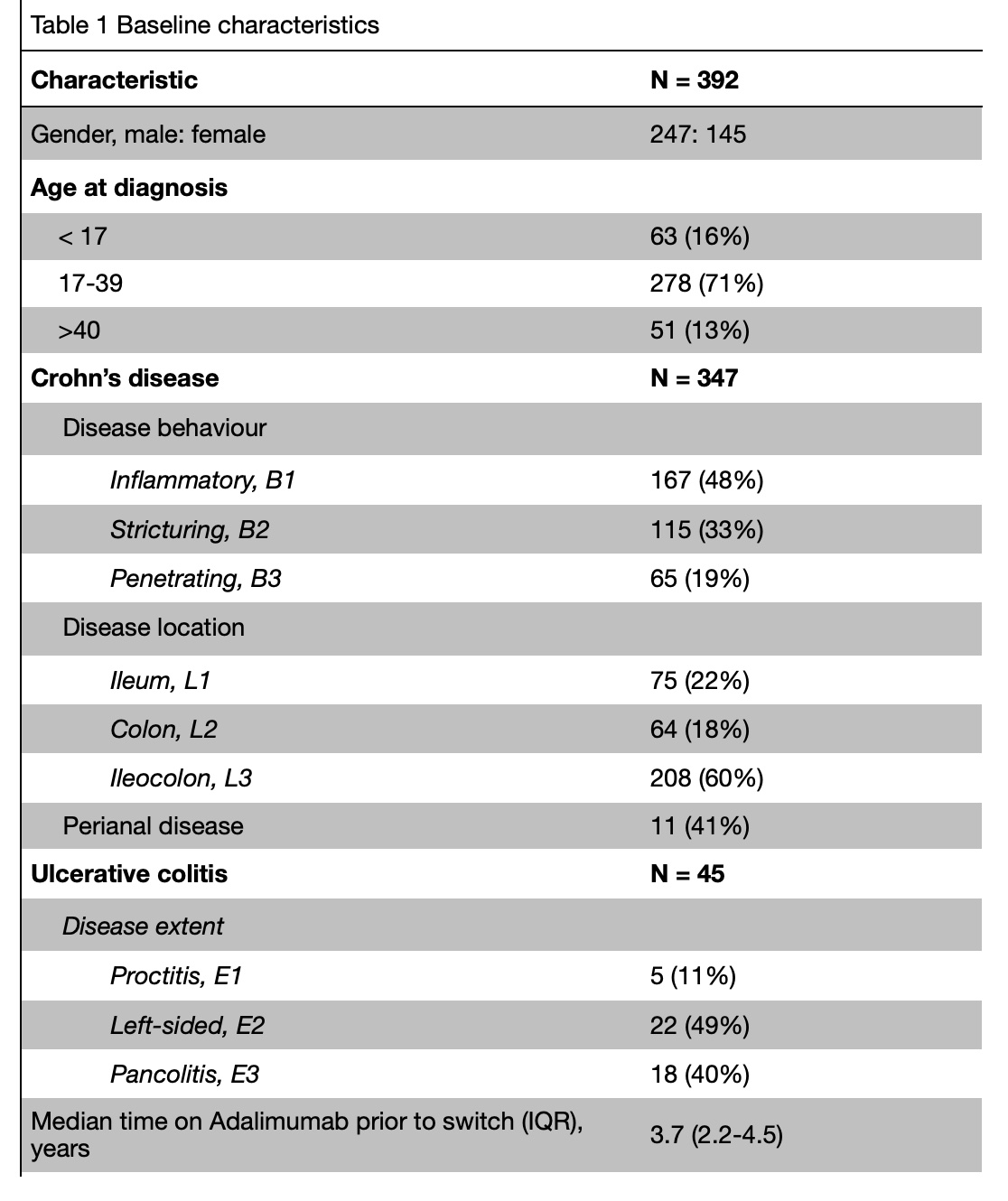 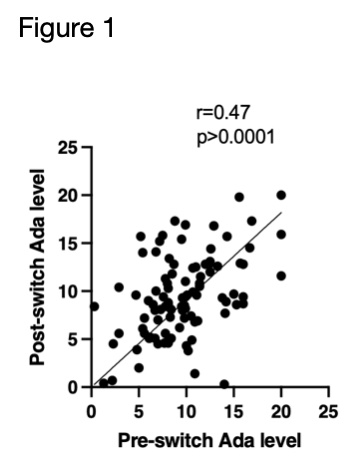 Our study demonstrates stable pharmacokinetics and biochemical disease activity amongst a significant cohort of patients switching from originator to biosimilar adalimumab as part of a real-world switching program. However, a small proportion of patients did not tolerate Idacio due to injection site pain. There are clear financial benefits in carrying out non-medical, biosimilar switching programs but further work is needed to evaluate the effect on clinical and endoscopic disease activity in a real-world setting.