P414 Obesity is associated with a higher risk of immunogenicity to adalimumab, but not to infliximab in patients with Inflammatory Bowel Disease

Globally, the prevalences of both inflammatory bowel diseases (IBD) and obesity have increased over the past decades. Recently, obesity has been linked to treatment failure in anti-TNF-treated patients with inflammatory bowel disease (IBD). We assessed whether obesity was associated with an increased risk of treatment failure and immunogenicity (i.e. anti-drug antibodies) among IBD patients treated with adalimumab (ADA) or infliximab (IFX).

This was a multicenter, retrospective cohort study of adult patients with IBD,  treated with ADA or IFX for at least four months between 2011-2019 at a general hospital or a tertiary referral center. Obesity was defined as body mass index (BMI) >30kg/m2. Adjusted hazard rates (aHR) were calculated by mixed-effects Cox regression analysis, accounting for multiple treatment episodes in individual patients and adjusted for sex, prior anti-TNF exposure, immunomodulator use, IBD phenotype (ulcerative colitis versus Crohn’s disease), age, disease duration, smoking and rheumatological comorbidity. Multiple imputation was used to replace missing values (5% for BMI). 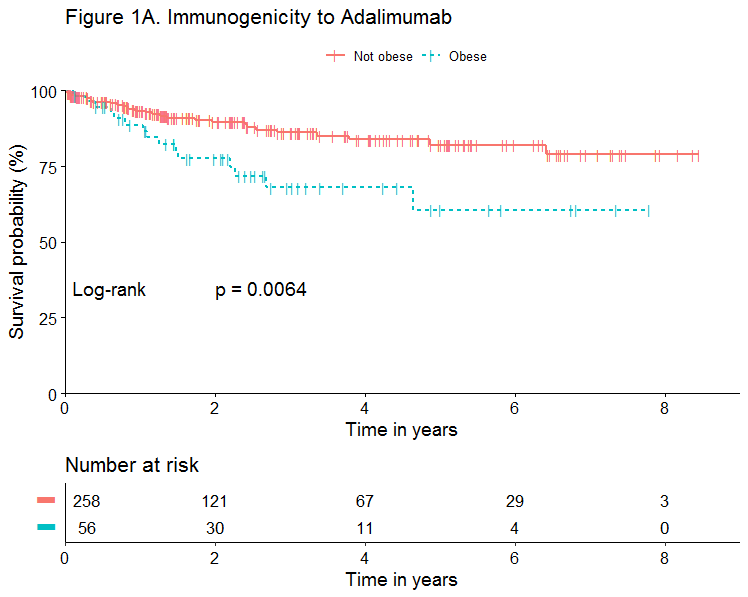 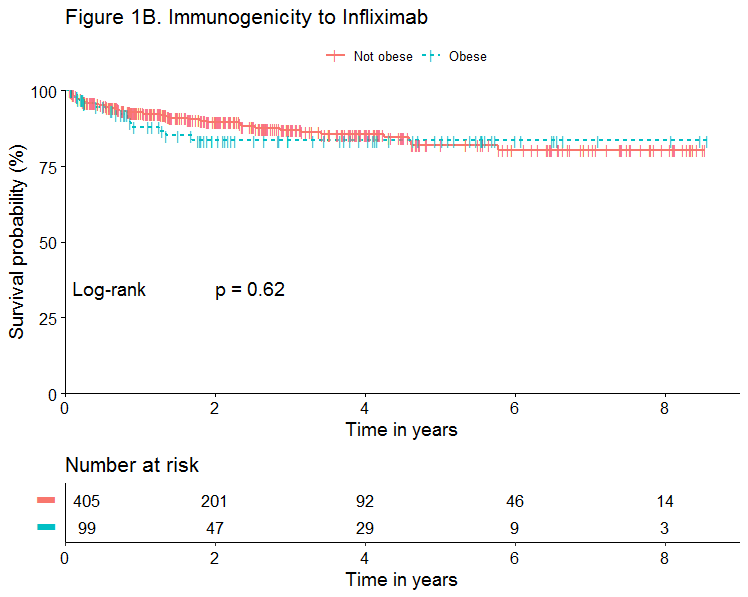 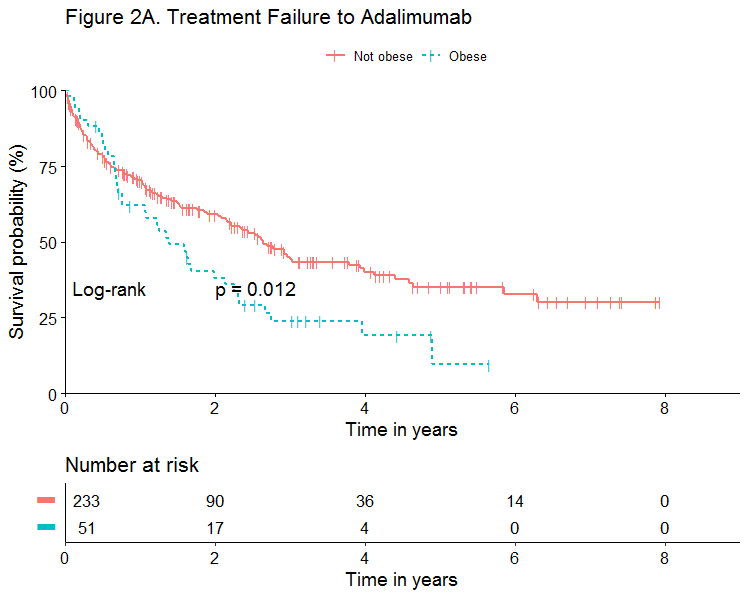 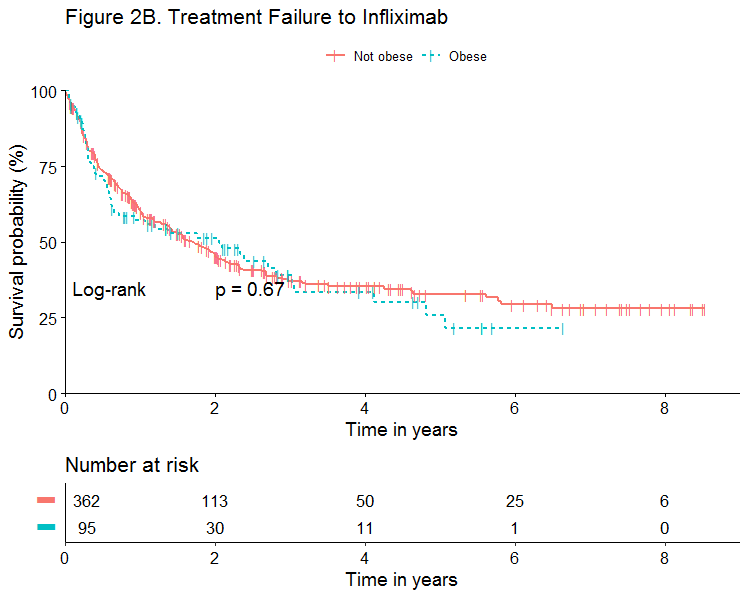