Inflammatory bowel disease (IBD) including Ulcerative Colitis (UC) and Crohn’s Disease (CD) is characterized by remitting/relapsing course. A proportion of patients with UC, and almost all patients with CD require long-term immunosuppression to maintain endoscopic and clinical remission and prevent disease progression. The present study aimed to evaluate the long-term efficacy of thiopurines, their predictors, and the effect of the early use of thiopurines on disease outcomes in patients with IBD.

A retrospective cohort analysis of patients with IBD following up in IBD clinic at AIIMS, New Delhi, India from 2004-2020. Efficacy was defined as a state of not requiring hospitalization, anti-TNF agents, surgery, and only minimum (≤ 1 steroid course in 2 years) steroid requirement during follow-up. Early and late thiopurine initiation was defined as commencement of thiopurines ≤2 and >2 years of disease onset, respectively. 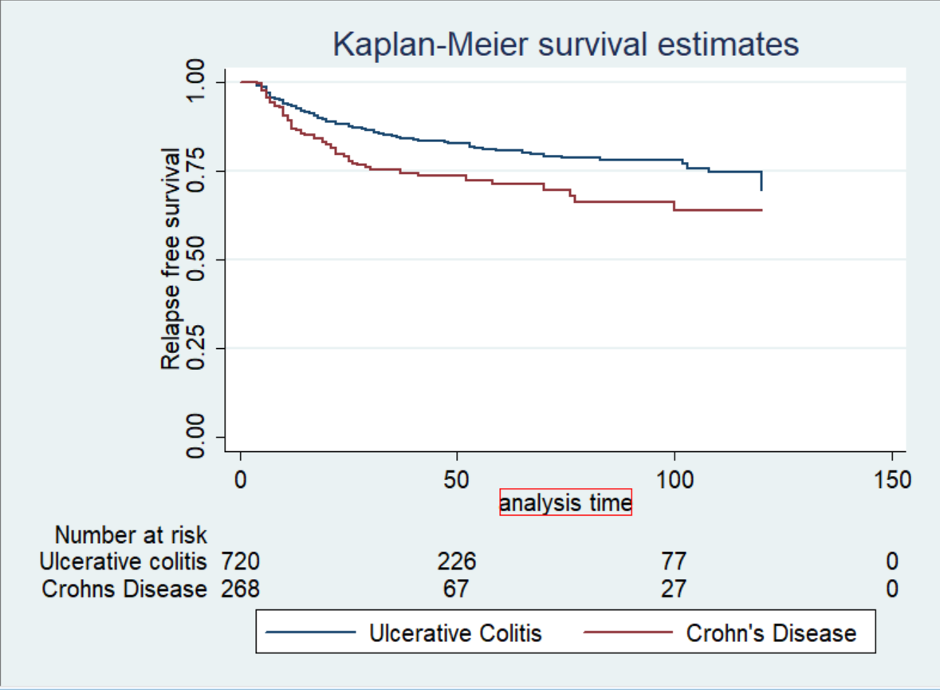 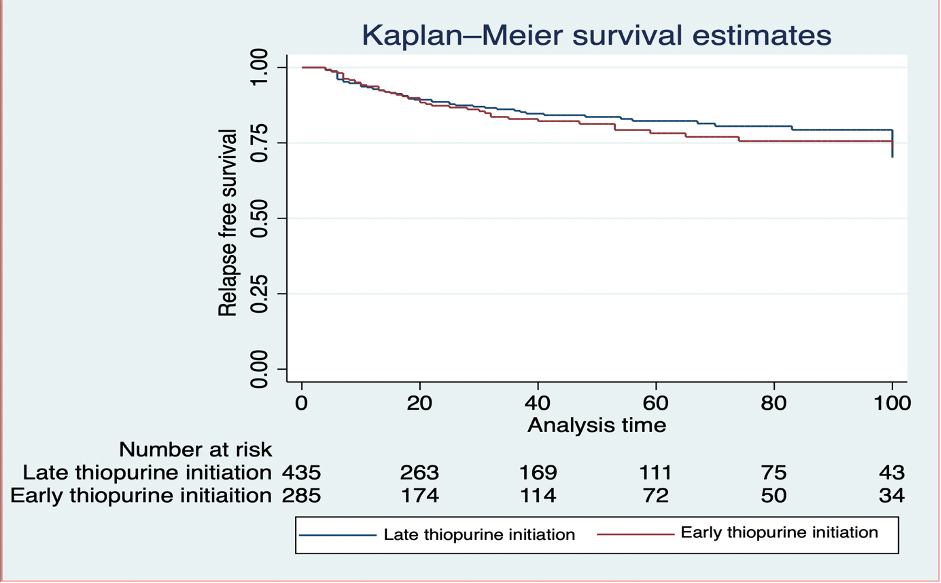 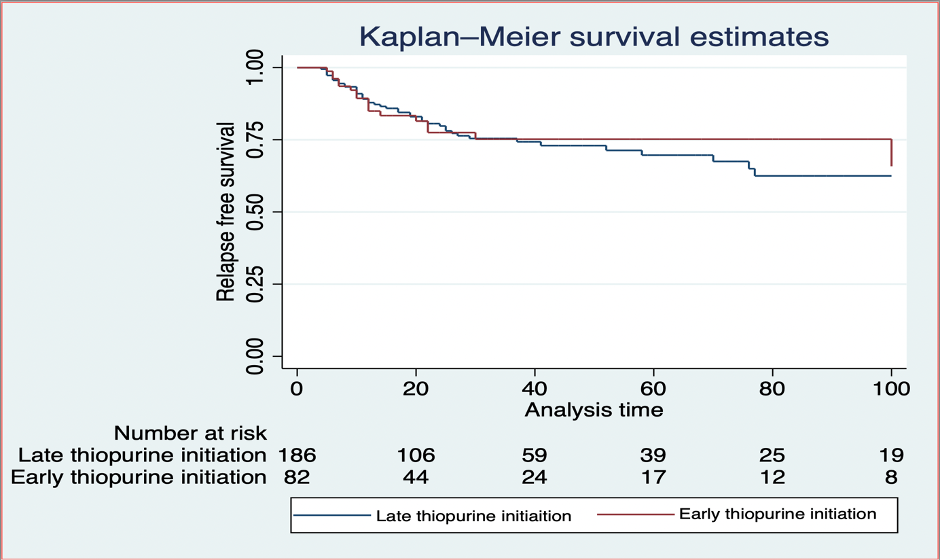 Thiopurines still remains a viable long-term option for maintenance of remission in patients with IBD, especially in resource-limited countries. Their use can be further enhanced by optimizing their therapy and regular monitoring for adverse events.