On a background of an ageing population, approximately 10-15% of new cases of IBD are diagnosed in patients over the age of 60.1,2 Studies show IBD in the elderly is increasing, including both the groups of patients diagnosed at a younger age, and de novo elderly IBD.

Older patients are more likely to have other co-morbidities and be concurrently prescribed other medications, which may impact the choice and timing of therapies for their disease. It is not clear if IBD in older age is different phenotypically from that in younger counterparts, and whether current management algorithms can be used safely in this cohort.

Aims of the study were to evaluate the IBD phenotype and use of therapies in the elderly (≥75 years) and younger (18-74 years) patients, and to assess for differences in adverse outcomes between both cohorts on immunosuppressants (IMs) and/or biologics. 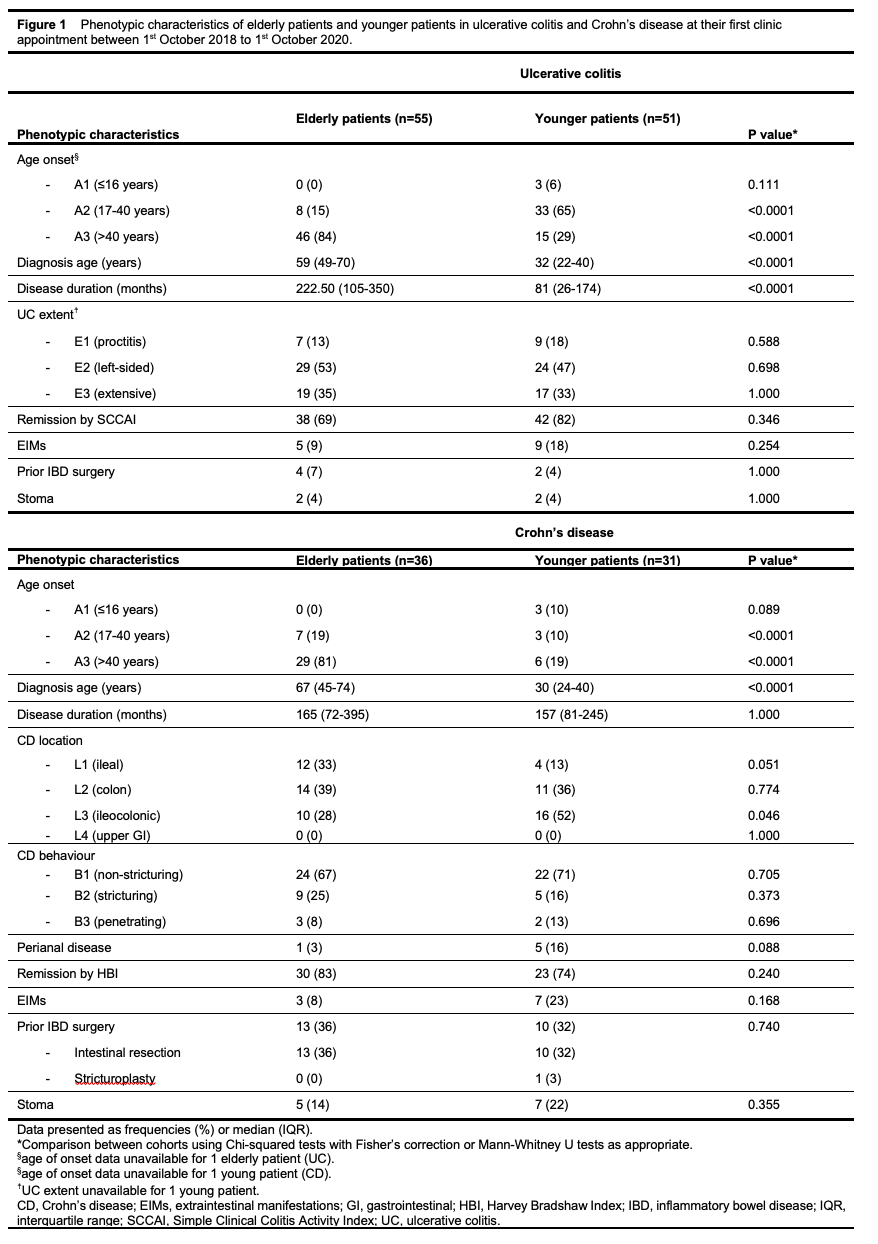 Medication use in UC was the same regardless of age.  There was significantly higher use of IMs and biologics in younger patients with CD (51.6%) versus the older cohort (25%, p=0.047) (figure 2). 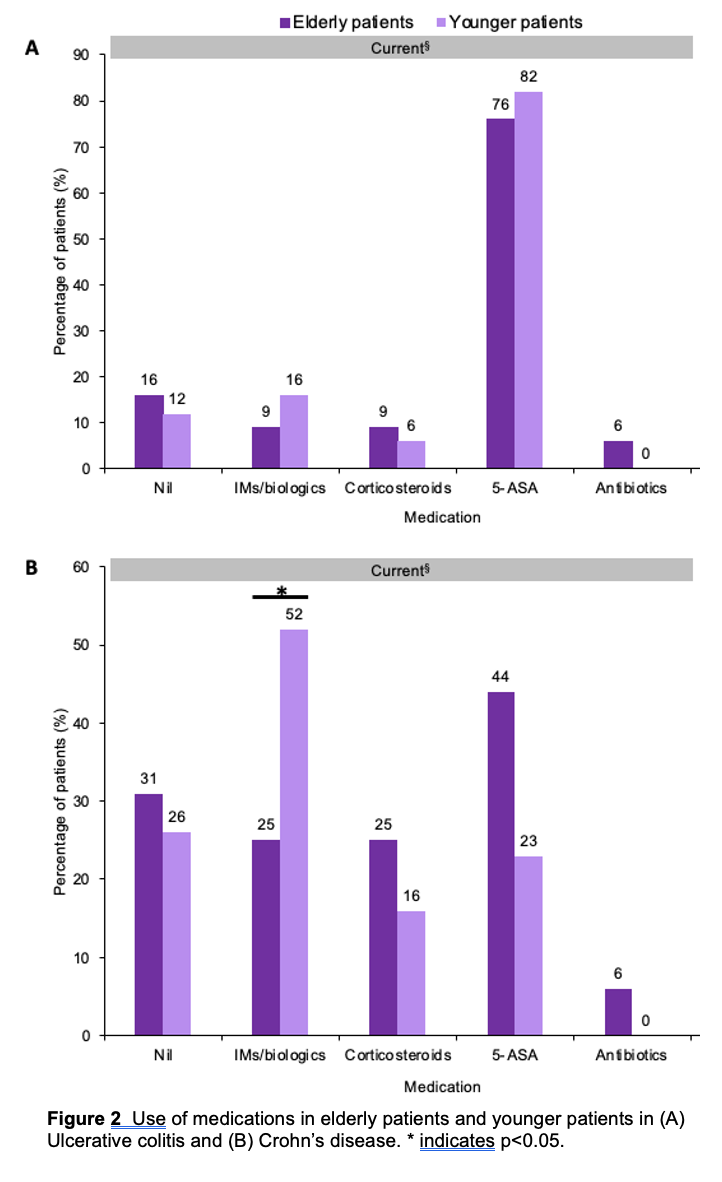 In elderly patients with CD, a significantly greater mortality was seen in patients on IMs/biologics (27.3%) than those not on these medications (8%, p=0.023) (figure 3). The rate of VTE was higher (18.2% versus 0%) in those on these treatments with a trend towards significance. 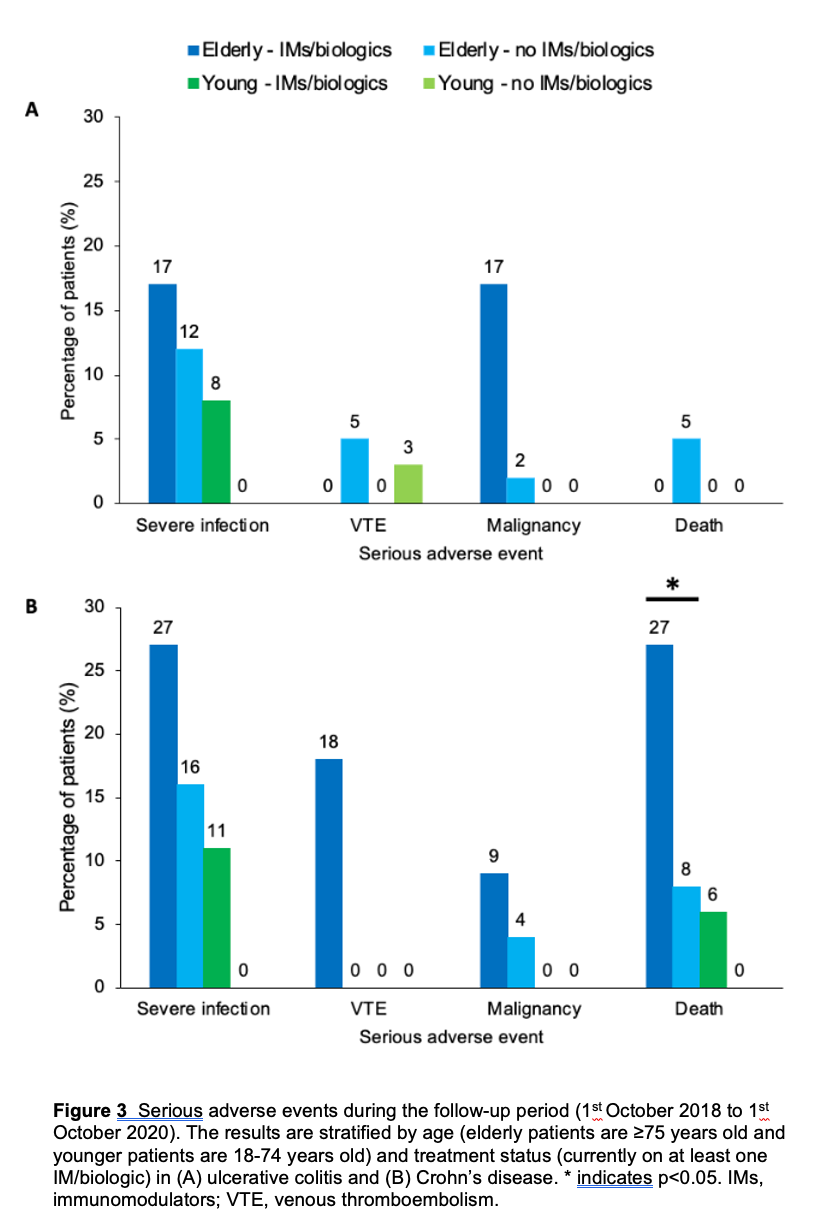 Overall, this retrospective study demonstrated that elderly IBD patients in this cohort appear to be mostly phenotypically similar to younger patients. However, elderly Crohn’s patients were less likely to be escalated to IMs/biologic treatments than their younger comparators. In view of the higher rate of adverse events recorded in the Crohn’s group managed with these treatments, this may be justified. Further, larger studies in the long-term outcomes of these patients are required.