Mesenchymal stem cells (MSCs) have been successfully used for the treatment of perianal Crohn’s fistulizing disease by direction injection. However, no studies have looked at the direct injection of MSCs for luminal Crohn’s disease.

Following screening and informed consent, patients with medically refractory Crohn’s colitis who had a washout of at least 4 weeks from monoclonal antibody treatment were randomized in a 2:1 fashion to receive remestemcel-L, an ex vivo expanded allogeneic bone marrow derived MSC product versus placebo. If randomized to treatment, patients received 150 million MSCs delivered via direct injection using a 23 G sclerotherapy needle at the time of colonoscopy. Patients were included if they had medically refractory Crohn’s colitis defined as an established diagnosis for at least 6 months prior to study enrollment and had lost response to at least one monoclonal antibody in the past, no small bowel involvement, and no colorectal stricture. Patients were evaluated with validated clinical and endoscopic scoring systems at 2 weeks, 6 weeks, and 3 months. Patients randomized to control crossed over at 3 months to receive MSC treatment. 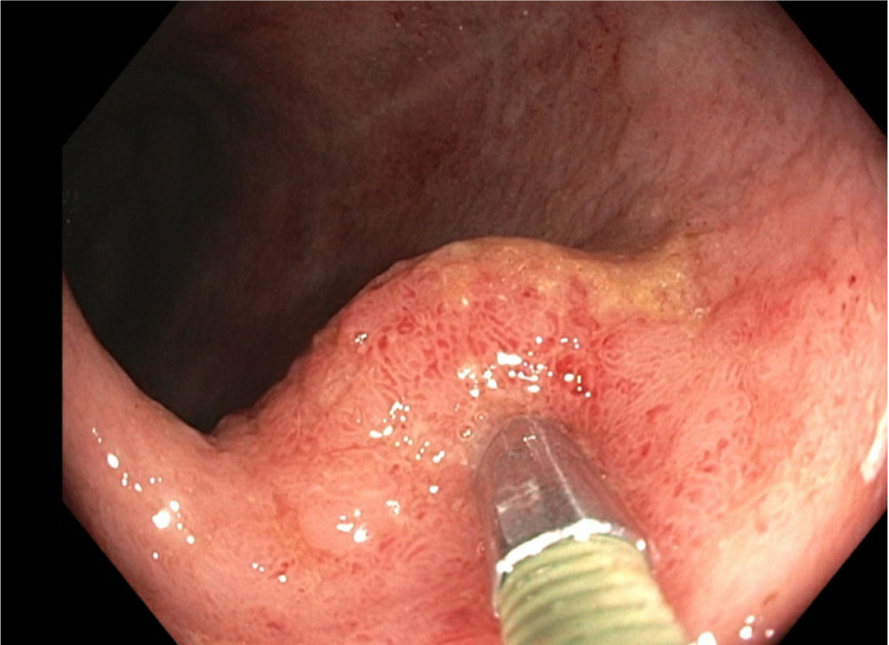 A total of six patient have been enrolled; 4 treatment and 2 controls. There were 7 reported adverse events, none of which were related to the investigational product (2 with eye pain, 1 with hiatal hernia, 1 with abdominal pain, 1 with partial small bowel obstruction, 1 with arthritis symptoms, 1 with Crohn’s flare requiring hospital admission and treatment with infliximab and intravenous corticosteroids).  With regard to efficacy, in the treatment group (n=4), the SES-CD dropped from 17 at baseline to 5 by 3 months , the CDAI from 228 to 200, and the fecal calprotectin from 231 to 67. In the control cohort, the SES-CD increased from 15.5 to 25, the CDAI increased from 146 to 158, and the fecal calprotectin increased from 330 to 505.