This retrospective observational study was performed in a single tertiary medical center. We retrospectively reviewed patients who underwent the first major abdominal surgery due to Crohn’s disease and divided them into two groups: biologics users both in the preoperative and postoperative periods and biologics users only in the preoperative period. We compared data between the groups according to endoscopic, clinical, and surgical recurrences.

In total, 49 patients who used biologic agents preoperatively were recruited. Among them, biologics were used postoperatively in 24 patients (49.0%, Figure 1). Baseline characteristics except the median age and age at diagnosis were similar in both groups. Kaplan–Meier analysis revealed that the cumulative clinical recurrence rate was significantly lower in the postoperative biologics group (log-rank 0.012, Figure 2). On multivariate Cox regression analysis, postoperative biologics use was significantly associated with a decreased risk of clinical recurrence (adjusted hazard ratio 0.160, 95% confidence interval 0.037–0.692, p = 0.014). 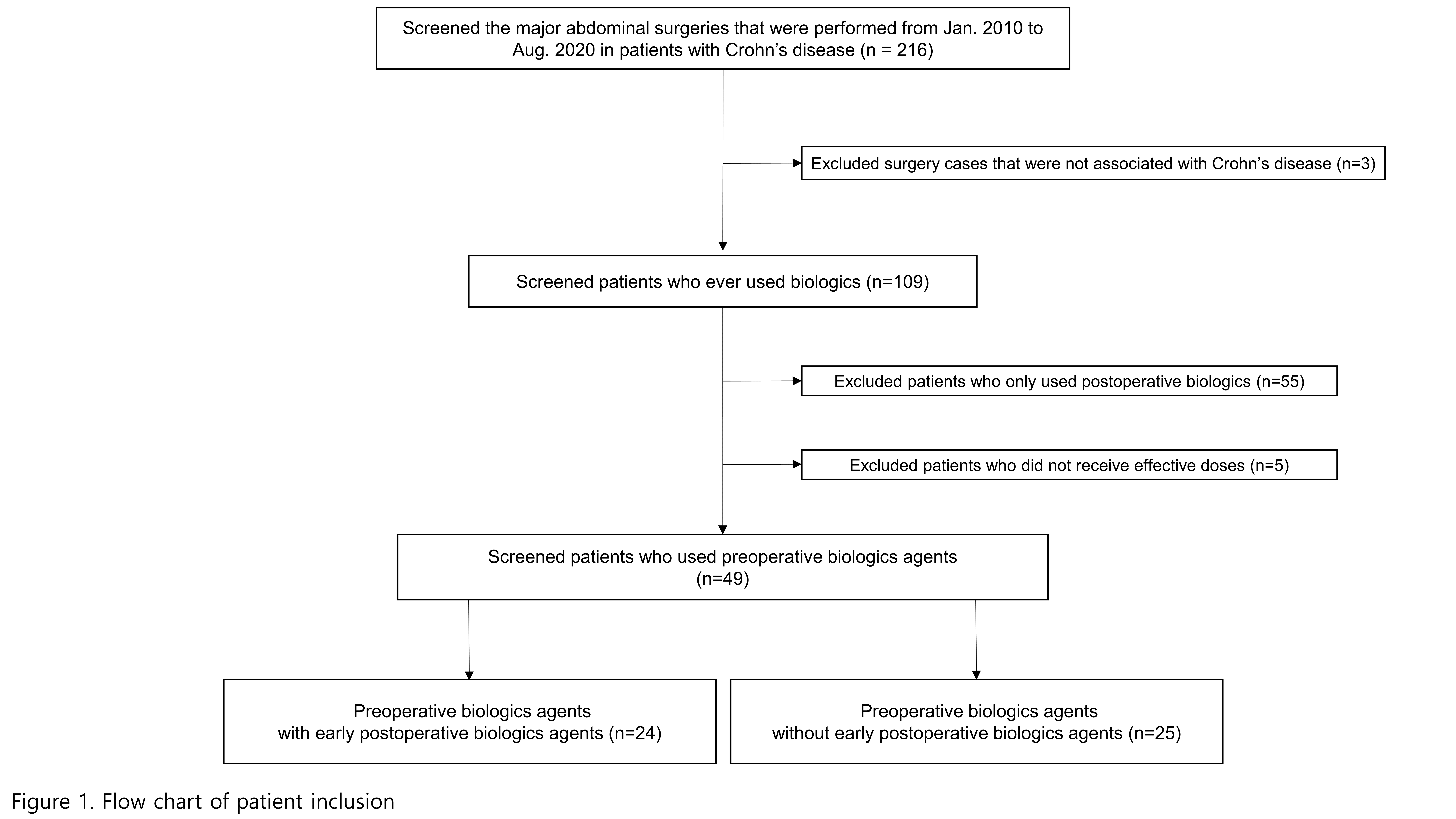 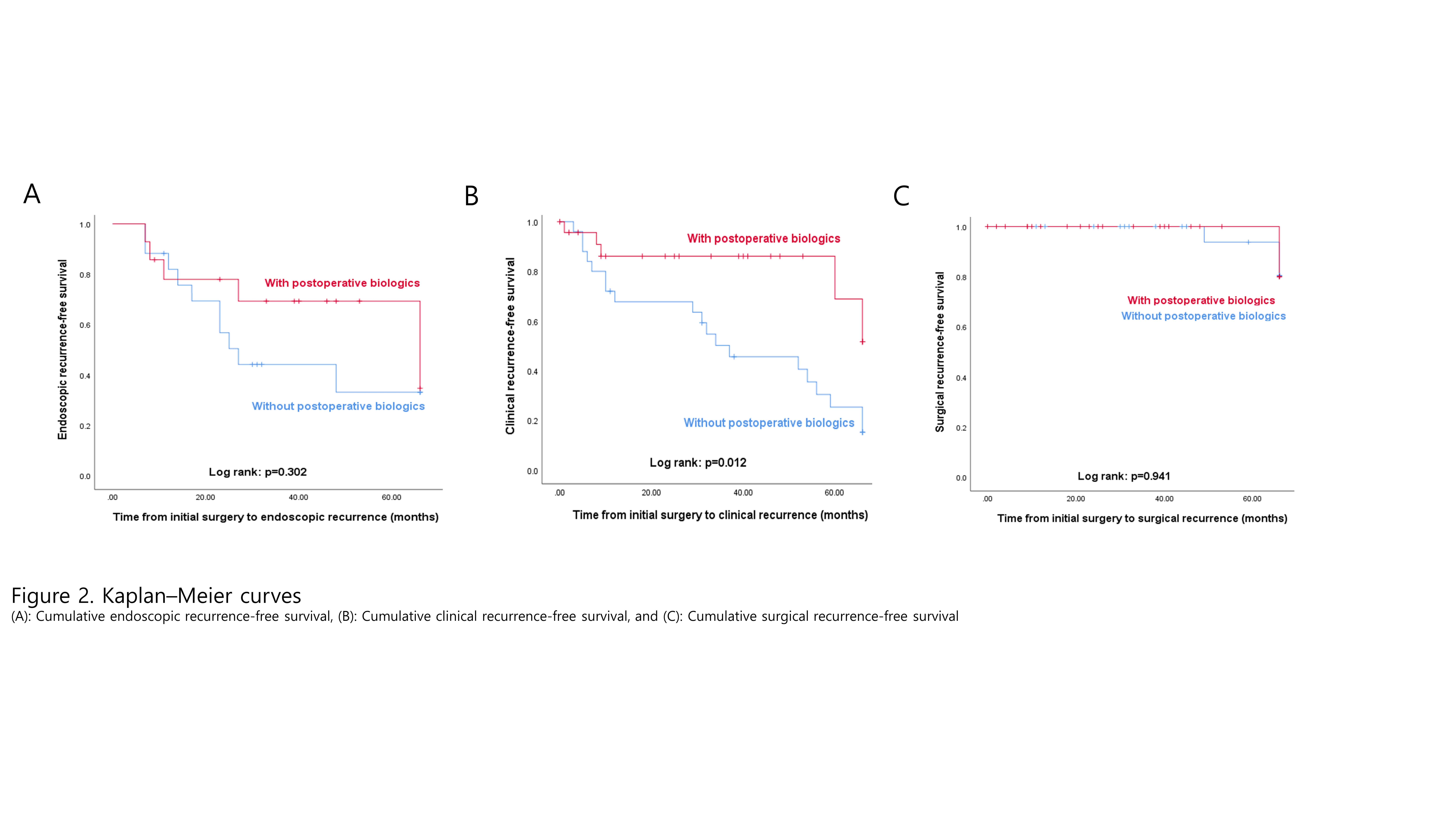