Few data regarding the use of biosimilars of anti-tumour necrosis factor-a (TNF-a) in children with Inflammatory Bowel Disease (IBD) have been reported. We aimed to assess the efficacy and the safety of biosimilars of infliximab (IFX) and adalimumab (ADA) in paediatric-onset IBD.

This was a multicentre, observational, retrospective study performed among the cohort of the Sicilian Network for the Inflammatory Bowel Disease (SN-IBD) and including all patients with paediatric-onset IBD treated with the biosimilars of IFX or ADA. Demographic and clinical data were collected from medical records. PUCAI and PCDAI scores at the time of IFX start, after 14 and 54 weeks were recorded. The primary outcome was the rate of clinical remission at weeks 14 and 54. Secondary outcomes included treatment duration and incidence of adverse events. 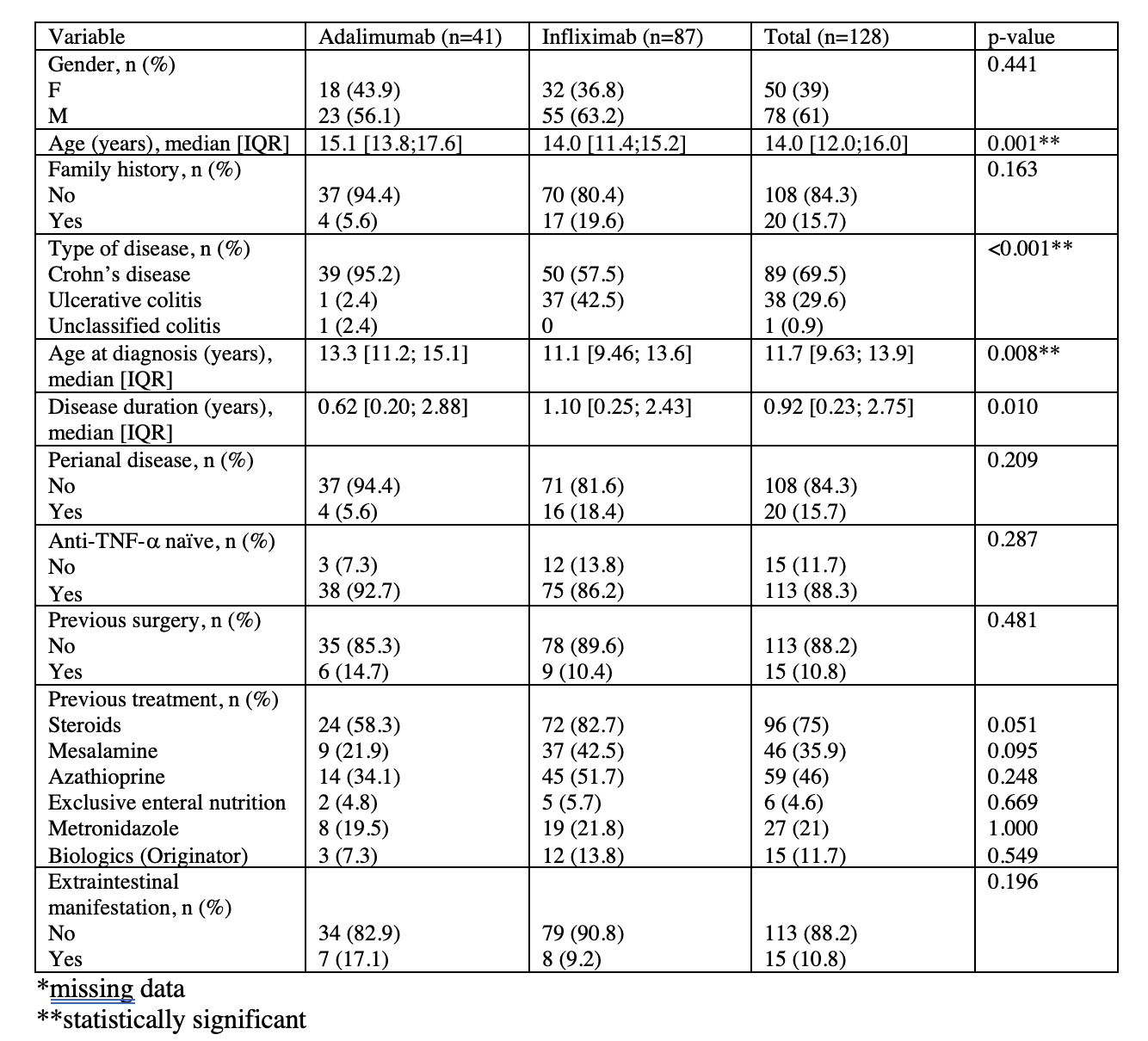 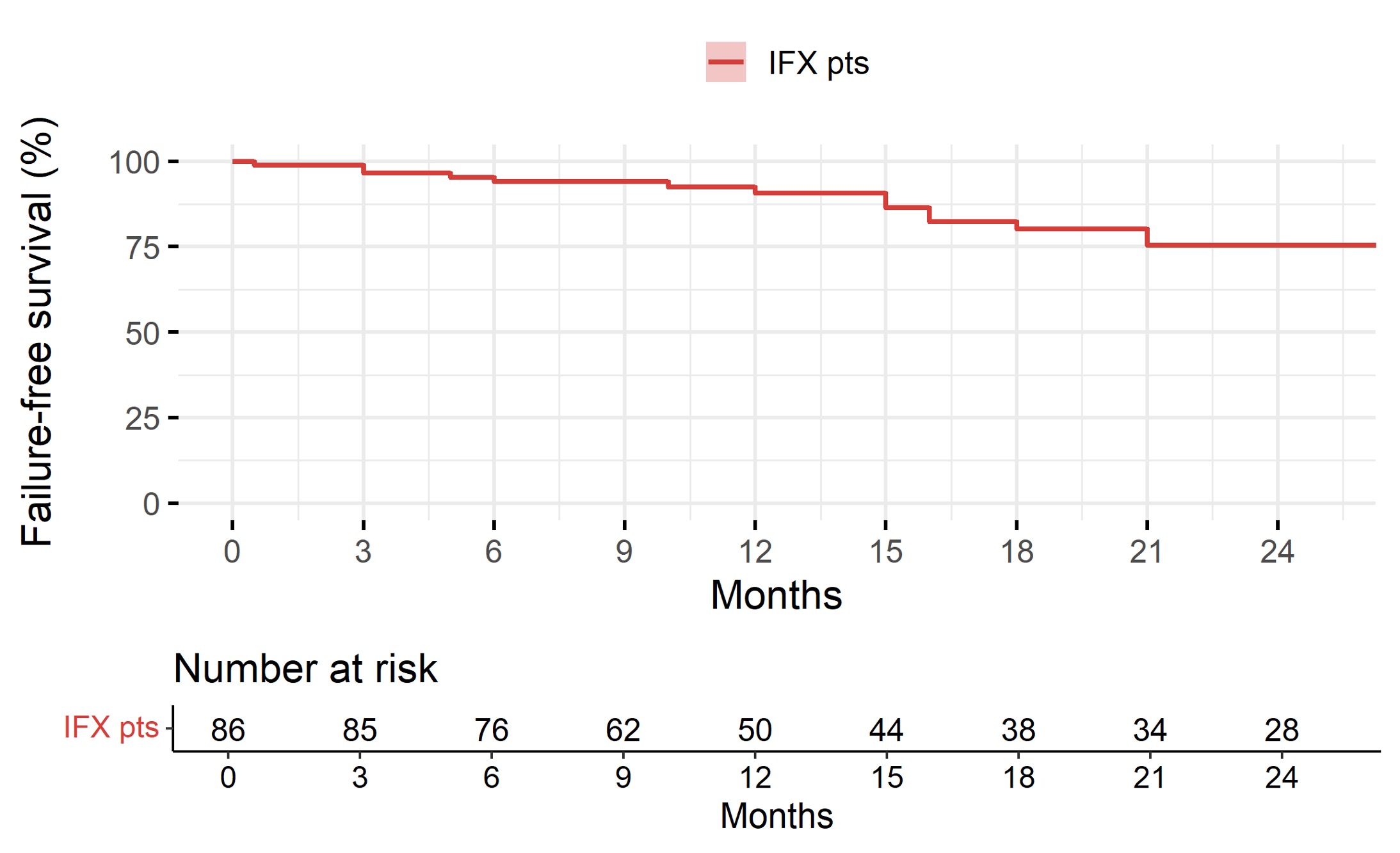 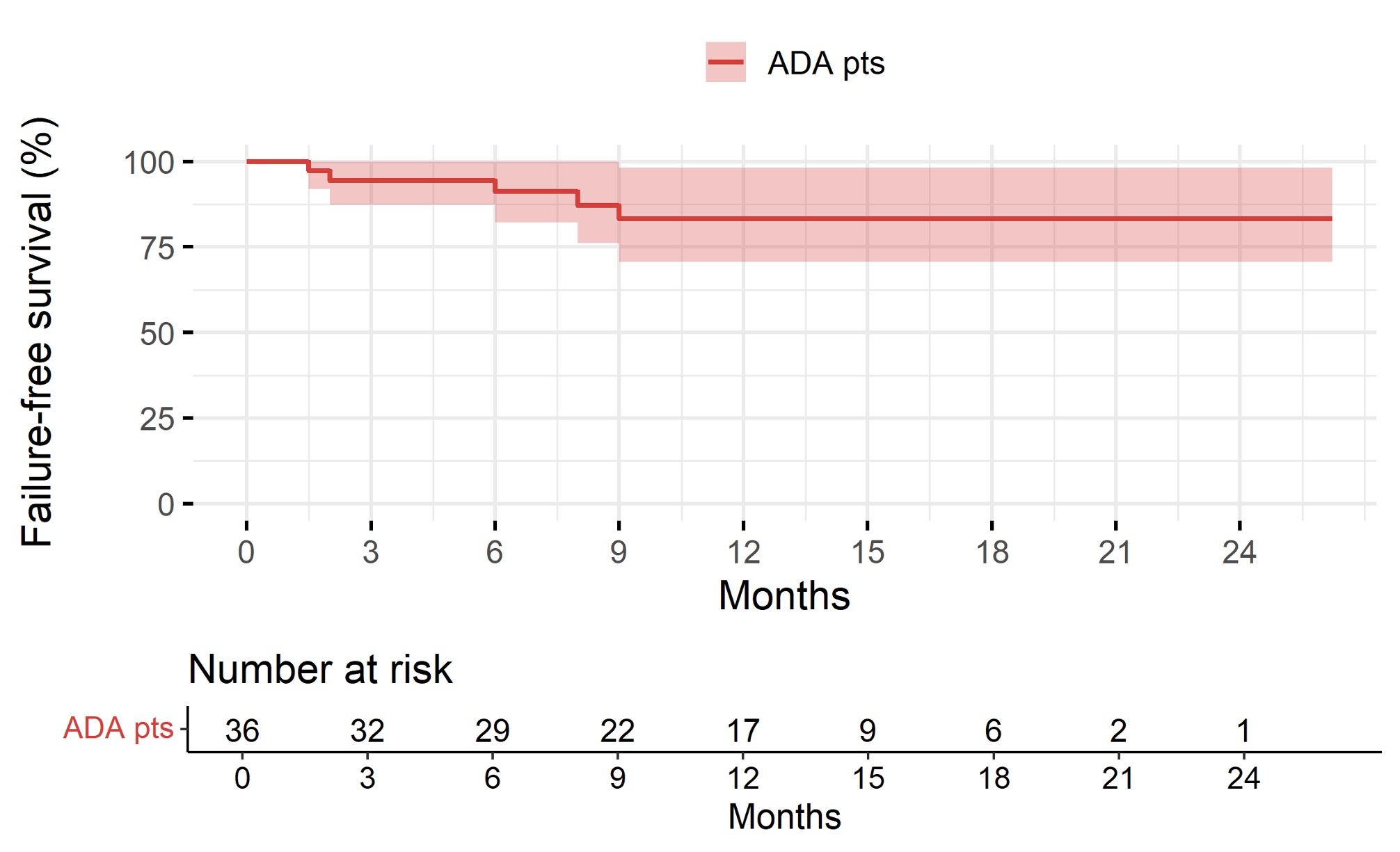 This is one of the largest cohorts of paediatric-onset IBD on biosimilars, and confirmed these drugs are effective and safe in this group of patients, with high percentage of failure-free survival at 1 year and low incidence of mild adverse events.