Ustekinumab (UST), an anti-IL12/23p40 monoclonal antibody, has been approved for treating Crohn’s disease (CD). As for all biologicals, efficacy is reduced in patients with previous anti-TNF exposure. We here sought to investigate whether UST outcomes and serum exposure are affected by UST positioning as first-, second-, or third-line biological treatment and type of previous biologicals (anti-TNF biologicals and vedolizumab [VDZ]).

Data on primary (non)-response, drug persistence and serum trough levels were collected from CD patients who started UST as a first-, second-, or third-line biological treatment from December 2015 through October 2020, allowing a follow-up of ≥12 months. Differences in rates of primary non-response (< 50% decrease in SES-CD and absence of any clinical improvement) after 6-12 months, and UST persistence were compared based on UST positioning and previous biologicals. Finally, we compared serum UST exposure profiles between groups.

A total of 181 CD patients with active disease started UST as first- (n=41; 22.65%), second- (n=57, 31.5%) or third-line (n=83, 45.85%), respectively (Table 1). Of second-line UST starters, 52 (28.7%) patients were exposed to one anti-TNF biological and 5 (2.8%) to vedolizumab. Of third-line UST starters, 41 (22.65%) patients were exposed to both one anti-TNF and VDZ, while 42 (23.2%) were exposed to two anti-TNFs. Second-line UST starters with previous VDZ were excluded from further analysis due to small sample size (n=5). A gradual decrease in response rates (p=0.02; Figure 1) and drug persistence (p=0.03; Figure 2) was observed with increasing lines of biologicals given prior to start UST, with patients starting UST as third-line treatment after two anti-TNFs having the highest rates of primary non-response (43%) and the shortest drug persistence. This finding was paralleled by a progressive decrease in UST serum levels with increasing number of previous biologicals and number of previous anti-TNFs (Figure 3), in 71 patients of whom induction and maintenance UST serum levels were available. 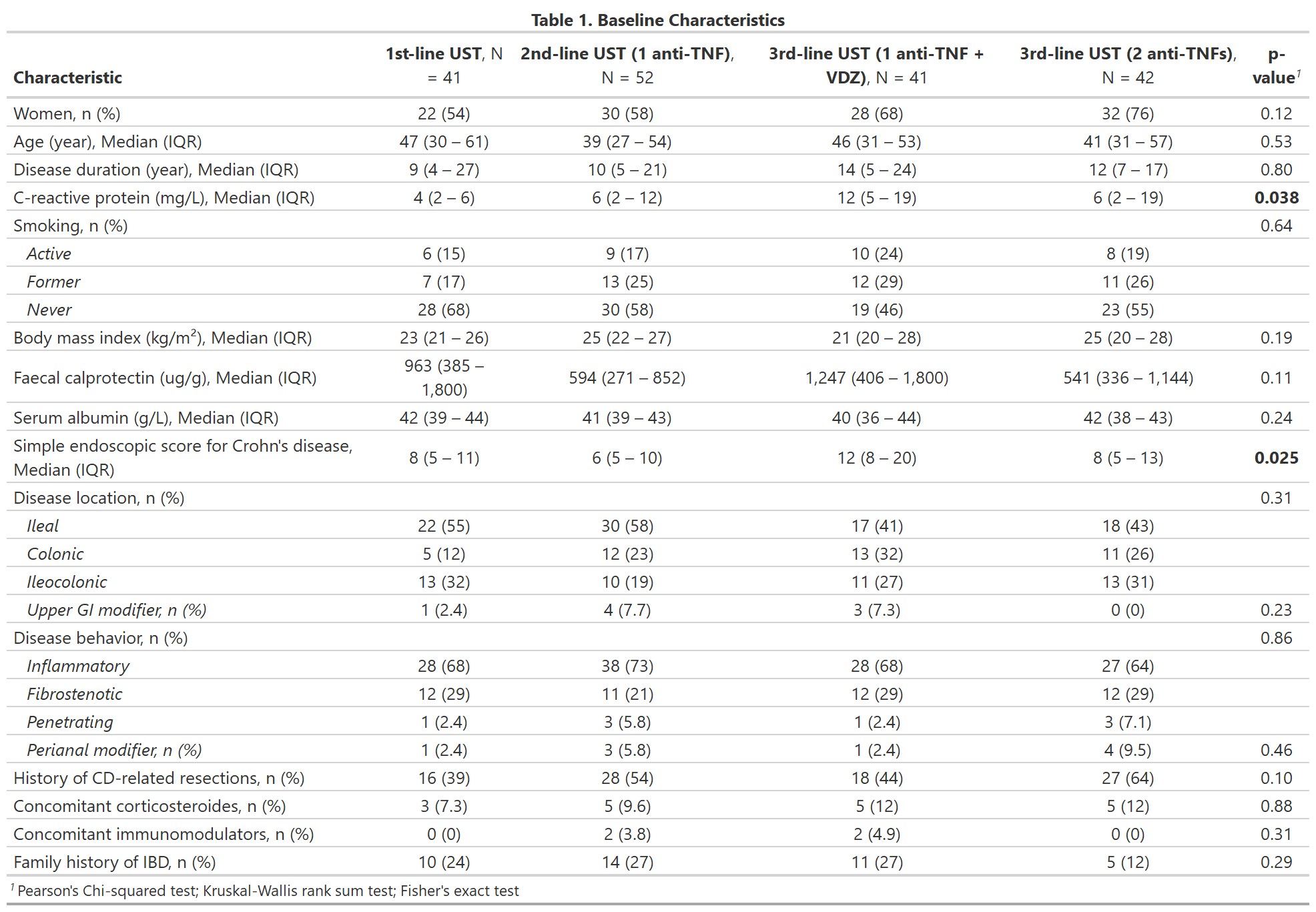 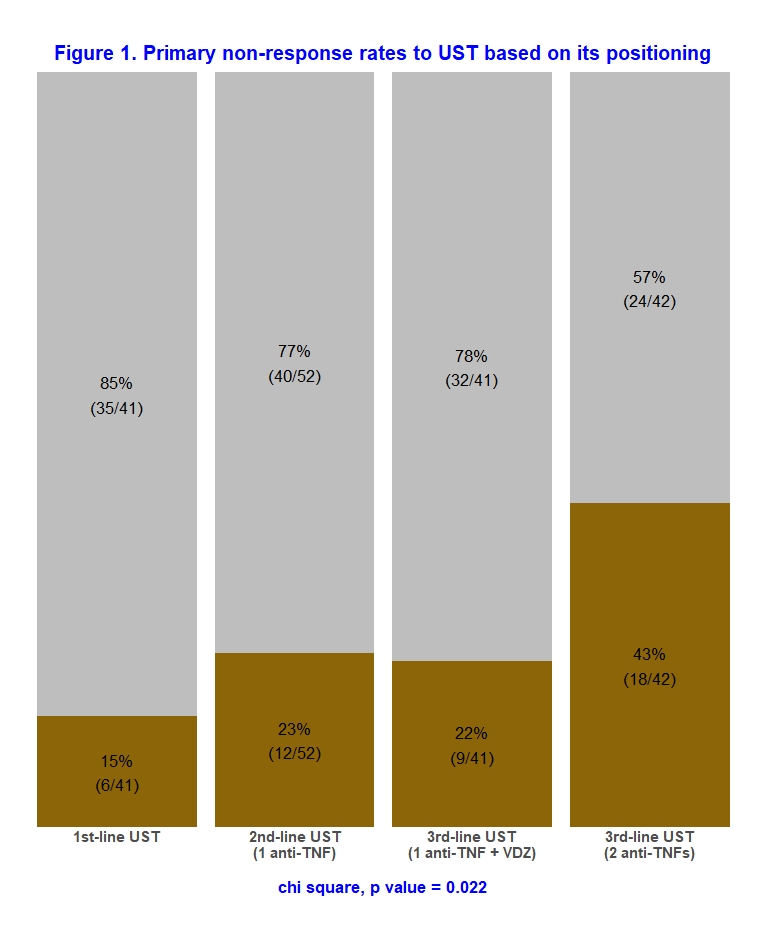 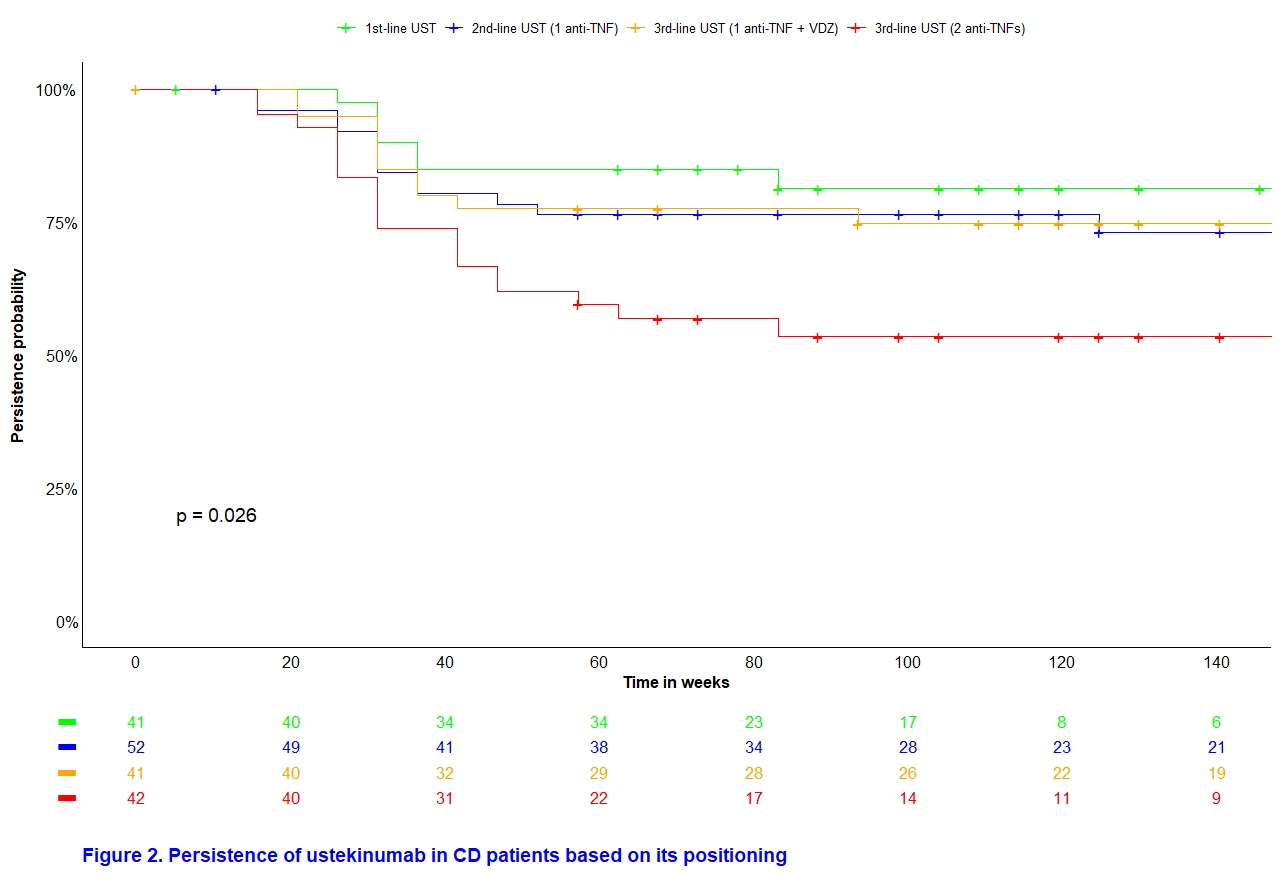 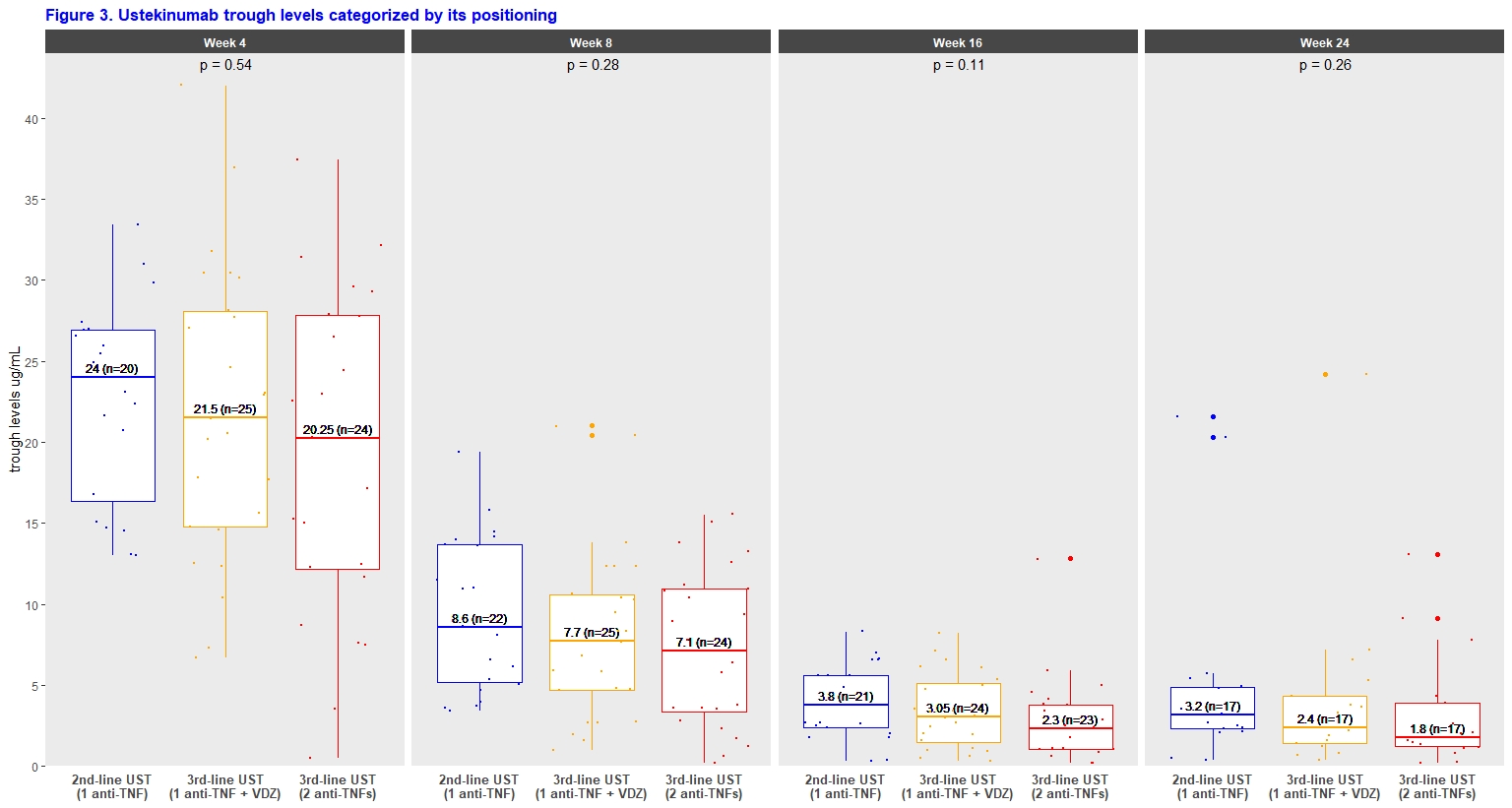 Both short term response rates, as well as long term UST persistence rates, decreased with increasing lines of previous biological therapies. Patients exposed to two anti-TNFs had worse UST outcomes on short-term and long-term, and lower serum trough levels than patients who received only one or no anti-TNF biological before or prior VDZ exposure. These data help in positioning UST in CD  and in framing the discussion with patients.