Iron deficiency anaemia (IDA) is a common extraintestinal manifestation of inflammatory bowel disease (IBD). Ferric salts are the cheapest preparations at approximately £2 per treatment course compared to more costly alternative oral preparations including ferric liquid (£30) and ferric maltol (£140) which tend to be better tolerated.  Intravenous (IV) treatment costs approximately £1500 including the infusion cost. The aim of this service evaluation was to review local practices related to the treatment of IDA in IBD according to a locally developed iron pathway to help guide more efficient healthcare utilisation in this regard.

We performed a retrospective review of prospectively collected clinical records of 124 patients with IBD (47 (38%) UC, 71 (57%) CD and 6 (5%) IBDU) who received IV ferric carboxymaltose (Ferinject) between April 2019 and March 2020. Demographic data, previous oral iron use, reason for referral and dose received were recorded. The history of oral iron use, haemoglobin (Hb) at time of referral and local iron treatment pathway (Figure 1) were used to determine whether patients were suitable for an alternative iron formulation. 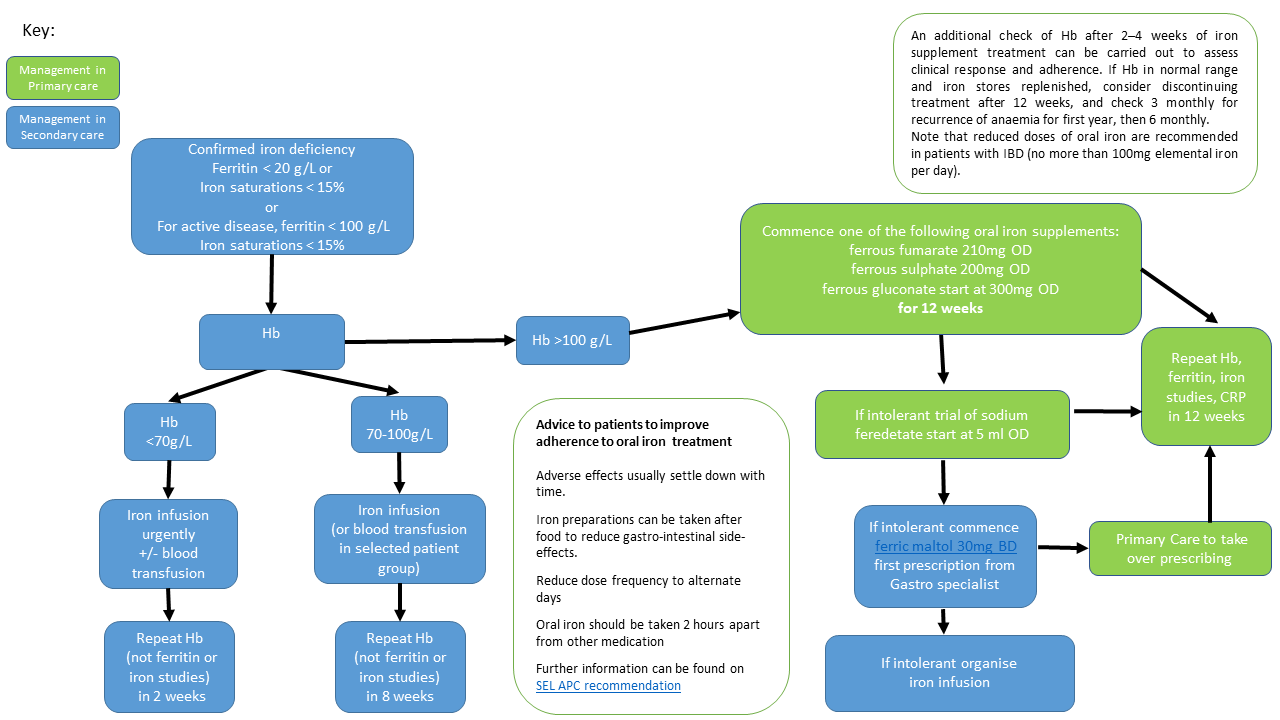 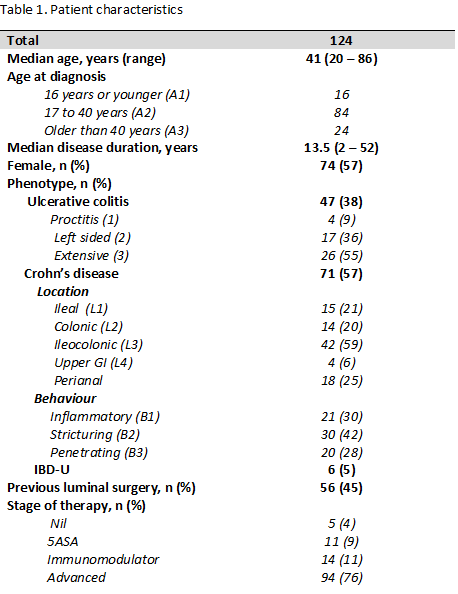 Our cohort was largely on advanced therapies suggesting the need for closer monitoring of IDA in this cohort. Ferric liquid and ferric maltol appear underutilised in patients who have not tolerated ferric salts and offer significant cost savings compared to IV iron preparations. Depending on its effectiveness, if ferric maltol was prescribed over IV iron in those in whom it was suitable this would correspond to a cost saving of up to £93,000. More frequent use of these oral iron preparations, according to the local pathway, would also facilitate more efficient use of IBD infusion unit capacity.