Long-term use of corticosteroids (CS) may result in significant risk of adverse events (AEs), and the true incidence of AEs in patients with inflammatory bowel disease (IBD) receiving CS is unknown.1 Such AE data may be reported in spontaneous reporting systems (SRS). Using data-mining algorithms for disproportionality, we determined the frequency of AEs of special interest (AESIs) associated with CS in patients with IBD.

The FDA SRS database (FAERS) was examined for AE reports associated with prednisone/prednisolone (PRED) or budesonide (BUD) use for Crohn’s disease or ulcerative colitis from Q1 2008 to Q4 2019. The incidence of key predefined AESIs was determined and the association with CS therapy was assessed using the proportional reporting ratio (PRR) criteria.

Analysis of FAERS demonstrated that steroid-treated patients with IBD report AEs that are consistent with the known safety profile for CS. Cushingoid complications and adrenal insufficiency were common signals for PRED and BUD. The increased reporting of AEs over time may reflect growth in CS prescribing, or growing awareness and reporting of CS AEs by prescribers. This analysis will be repeated in multiple international SRS systems to provide a global image of AEs for CS use in IBD. 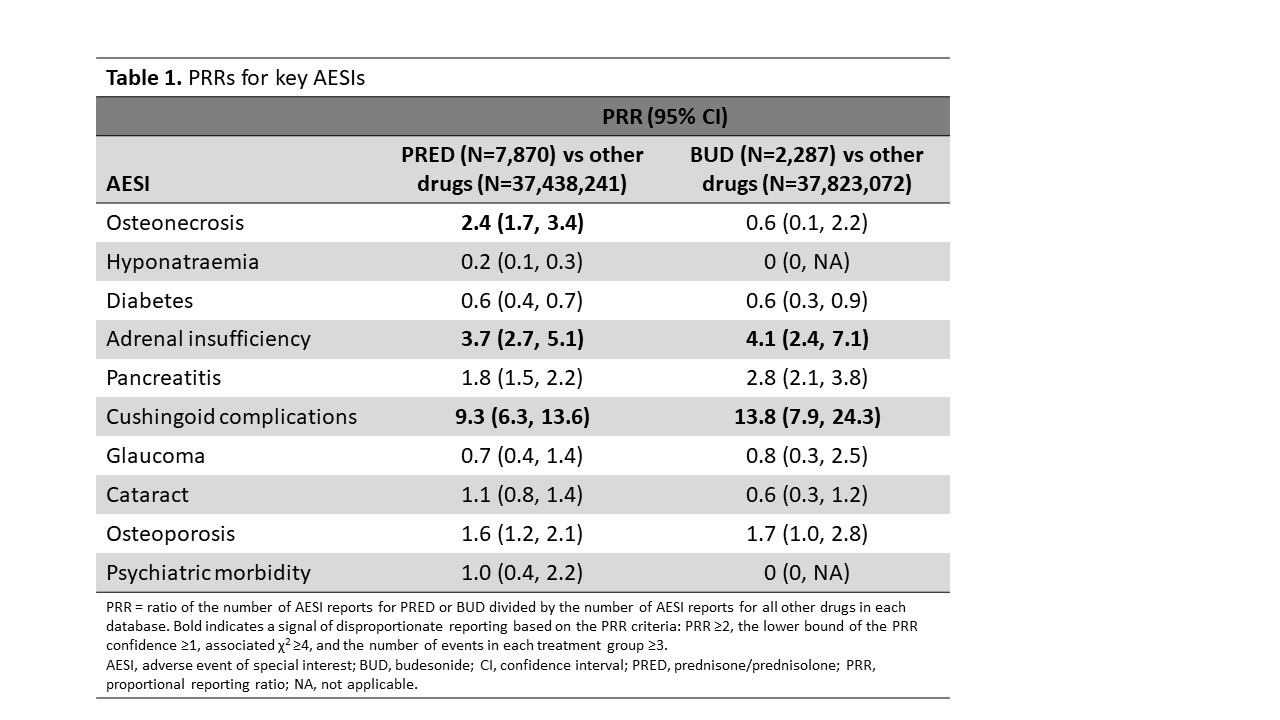 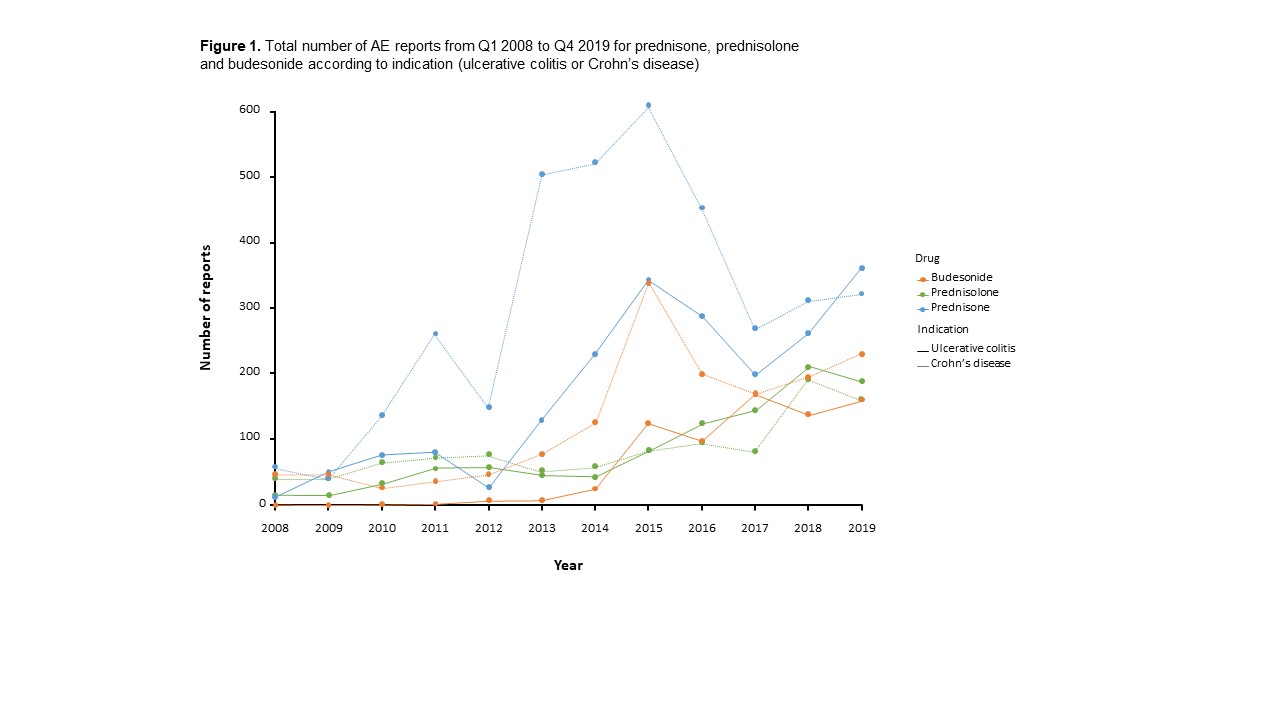 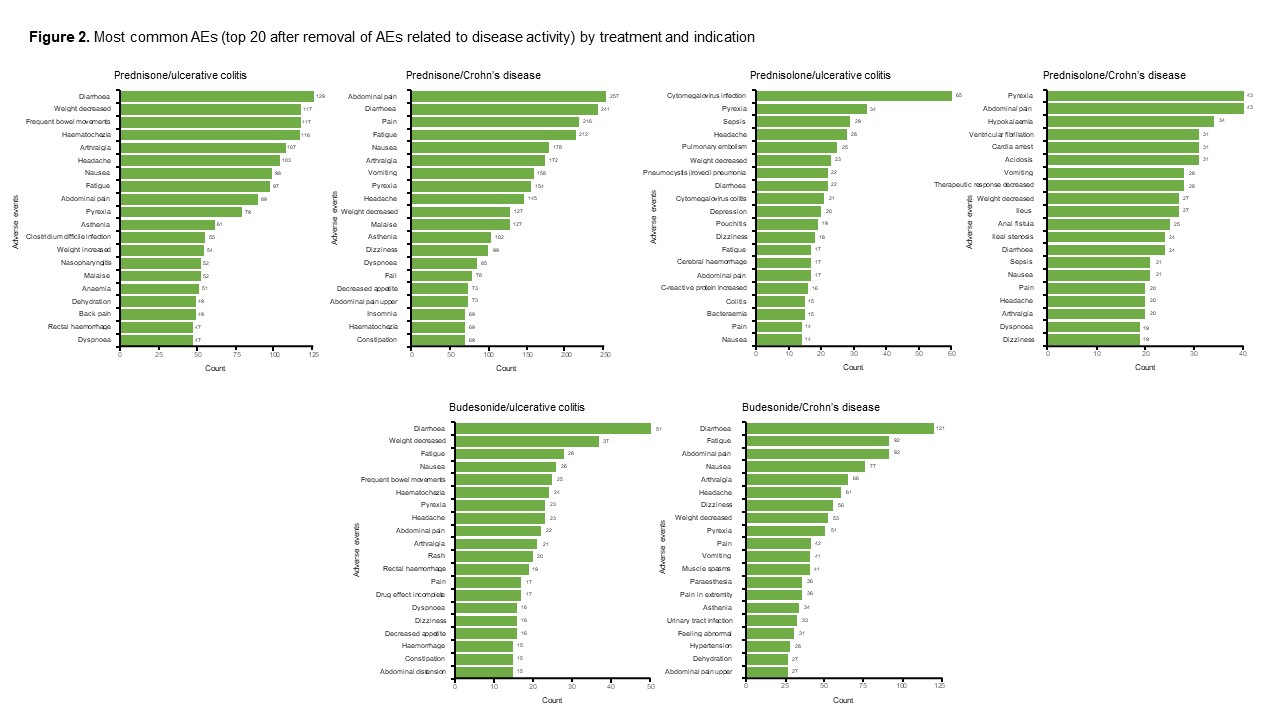