Therapeutic drug monitoring (TDM) of adalimumab trough levels (ADA-TLs) and antibodies to adalimumab (ADA-Abs) in patients with inflammatory bowel disease (IBD) is usually performed in a reactive setting when the disease flares. There is not enough evidence in favor of proactive TDM in these patients.

We aimed to evaluate the role of proactive measurement of ADA-TLs and ADA-Abs in IBD patients under treatment with adalimumab. Consecutive IBD patients on maintenance treatment with ADA, were included. ADA-TLs and Abs were measured using ELISA (Immunoguide, Aybayteche, Turkey) on serum samples drawn before ADA administration. At the same time serum biomarkers [Erythrocyte sedimentation rate (ESR), C-reactive protein (CRP), white blood cells (WBC), hemoglobin (Hgb), platelets (PLT)] as well as home-based fecal calprotectin (FC) ±3 months from blood sampling were assessed. After the measurements patients were followed and treatment changes made were recorded. 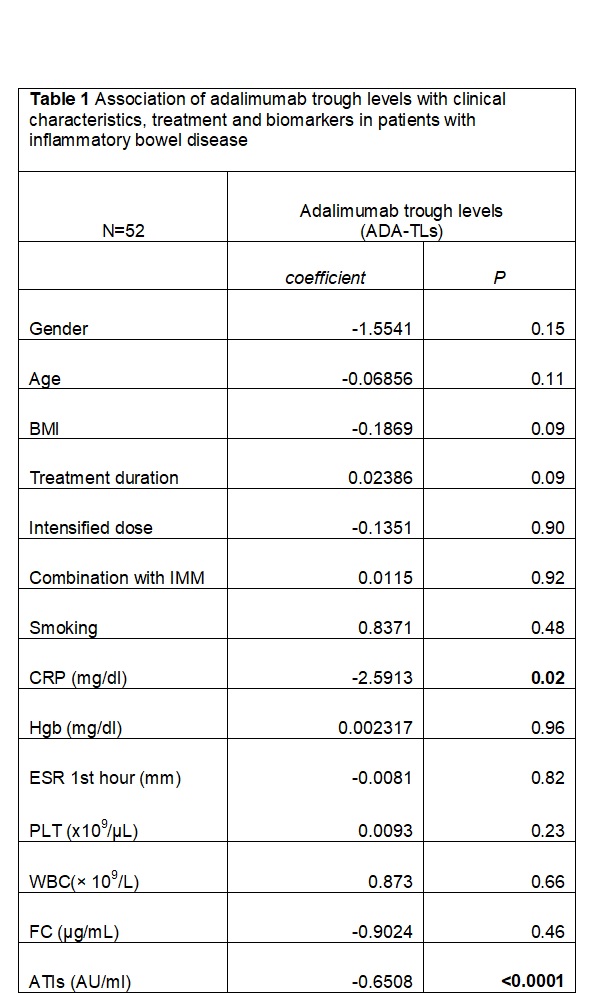 Proactive measurement of ADA-TLs and Abs in patients under maintenance treatment with adalimumab may be worth using along with other parameters in the management of IBD patients. Additional long term research in larger populations focused on the optimal use of proactive TDM is needed.