Therapeutic aims in IBDs are to induce remission through rapidly effective treatment. Conventional therapeutic methods including immunosuppression have been available for more than half a century with biological therapies the treatment of choice in patients who fail immunosuppressive drugs. There has been little attempt to longitudinally examine the differences in biopsychological factors and their associations with treatment modalities in IBD patients.

50 IBD participants (24 UC, 26 CD) in clinical remission were followed for 12 months. Complete longitudinal datasets and monthly stool and blood samples for inflammatory biomarkers were collected for analysis of association. Microbiome analysis was performed using V4 16SrRNA for identification of microbial phylogenetic relationships. Patients were grouped on whether or not they were in remission and on biological agents.

At the baseline there were similar ecological indices between the two treatment options in both disease classes; (Shannon, p = 0.380; Pielou’s, p = 0.246; Chao1, p = 0.934). At family level, the CD group showed significant differences (Wilcoxon, p ≤ 0.05) between the treatment received (biologics vs non-biologic) in the abundance of Barnesiellaceae, Bifidobacteriaceae, unclassified Clostridia, and Clostridiaceae (Figure 1A). Results showed similar ecological index values in samples from the two treatment options. 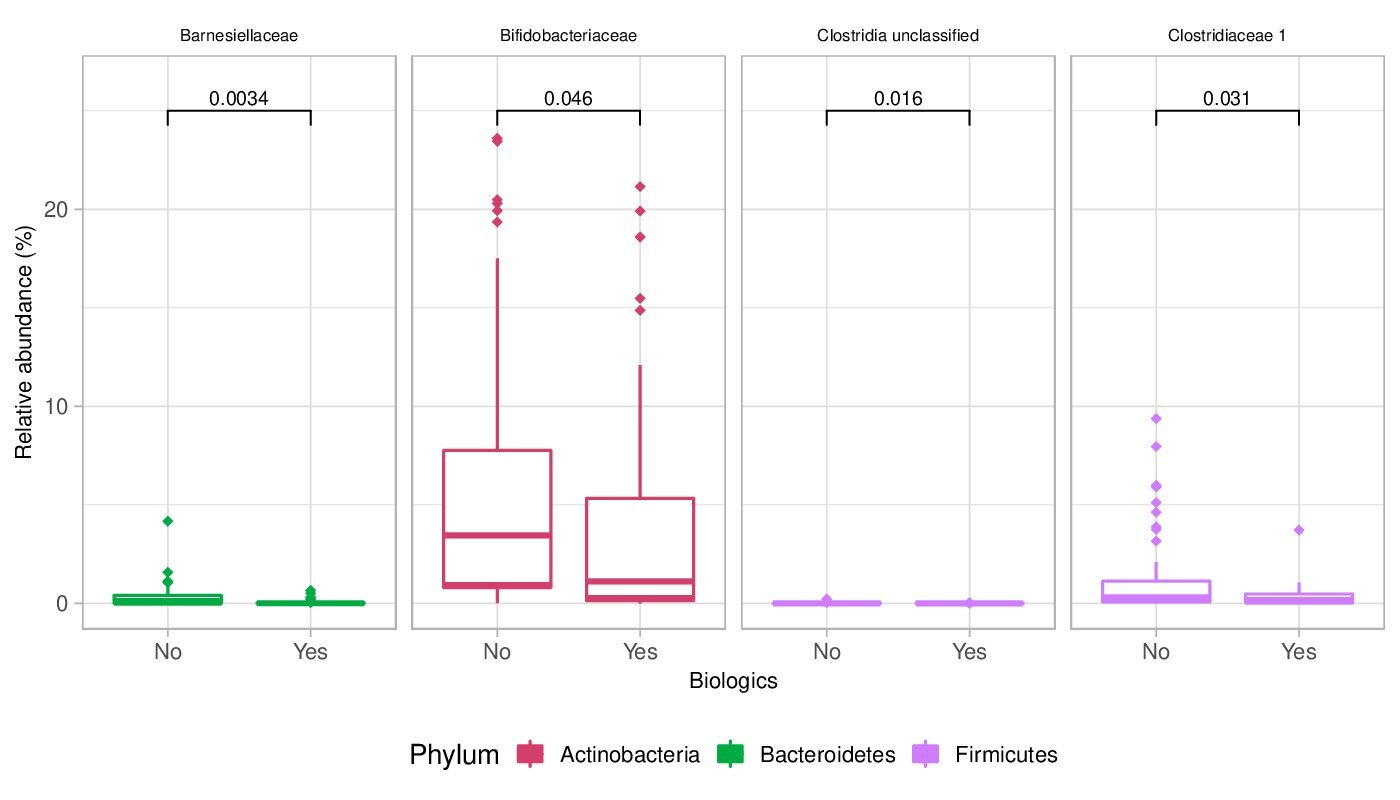 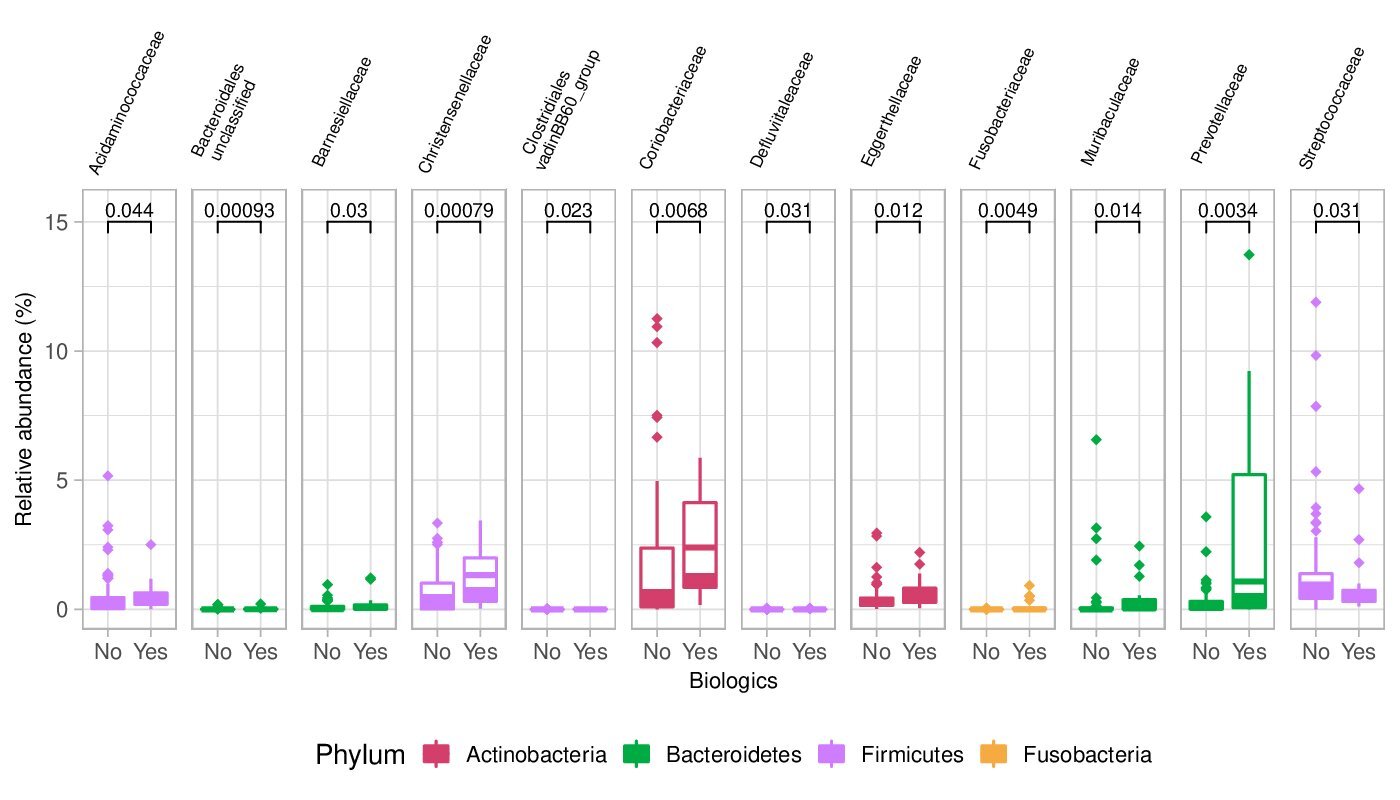 Conclusion: Baseline biological indices were mostly similarly distributed between the two treatment options in remissive IBD patients, however biological therapy significantly influenced longitudinal trends of some microbiome dynamics, especially in UC. This suggests an underlying interrelationship between mode of treatment and biopsychological trajectories which might overshadow response to the treatment, requiring further assessment.