Secondary loss of response (SLOR) to infliximab (IFX) and adalimumab (ADA) is common and dose intensification is effective in a proportion of patients. Drug level targets associated with response as measured by faecal calprotectin (FCP) after anti-TNF intensification have not been well established. 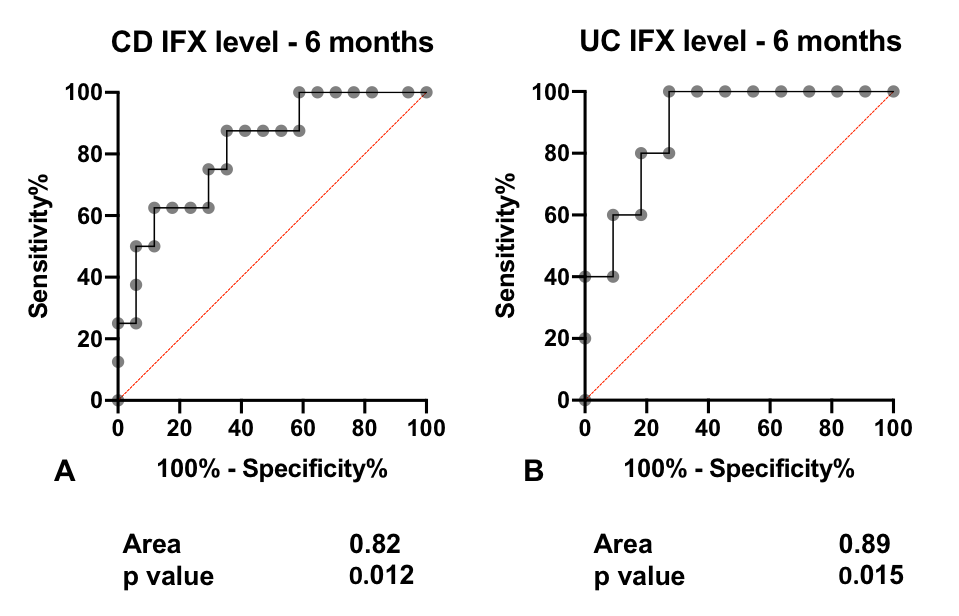 Figure 1: ROC curves of infliximab (IFX) levels and faecal calprotectin (FCP) response in CD (A) and UC (B) patients at 6 months.