P489 Temporal trends of colectomy for ulcerative colitis in the multi-drug era; a population based cohort study.

We are now in the multi-drug era for ulcerative colitis (UC). The use of advanced therapies for UC has dramatically increased over the last 6 years. NICE approvals of anti-TNF and anti-α4β7 therapy (both in 2015) were followed by IL12/23 (2019) and janus kinase inhibitors (2020). The aim of this study was to describe the impact of this change in patterns of advanced therapy prescribing on colectomy rates for UC within a well defined population-based cohort.

The Lothian IBD registry (LIBDR) is a manually validated, prevalent dataset compiled through capture-recapture methodology (Jones et al. 2018) that is >95% complete for the 907,580 residents of NHS Lothian (mid-2019 population estimates). The LIBDR contains measured prevalence between 2008-2018, estimated prevalence from 2018-2028 (derived from Autoregressive integrated moving average {ARIMA} modelling). All patients with a diagnosis of UC who underwent a colectomy in Lothian, Scotland between 01/01/2005 and 31/102021 were identified by interrogating multiple clinical and administrative databases. Linear and segmental regression analyses were used to identify the annual percentage change (APC) and temporal trends (statistical joinpoints) in colectomy rates. 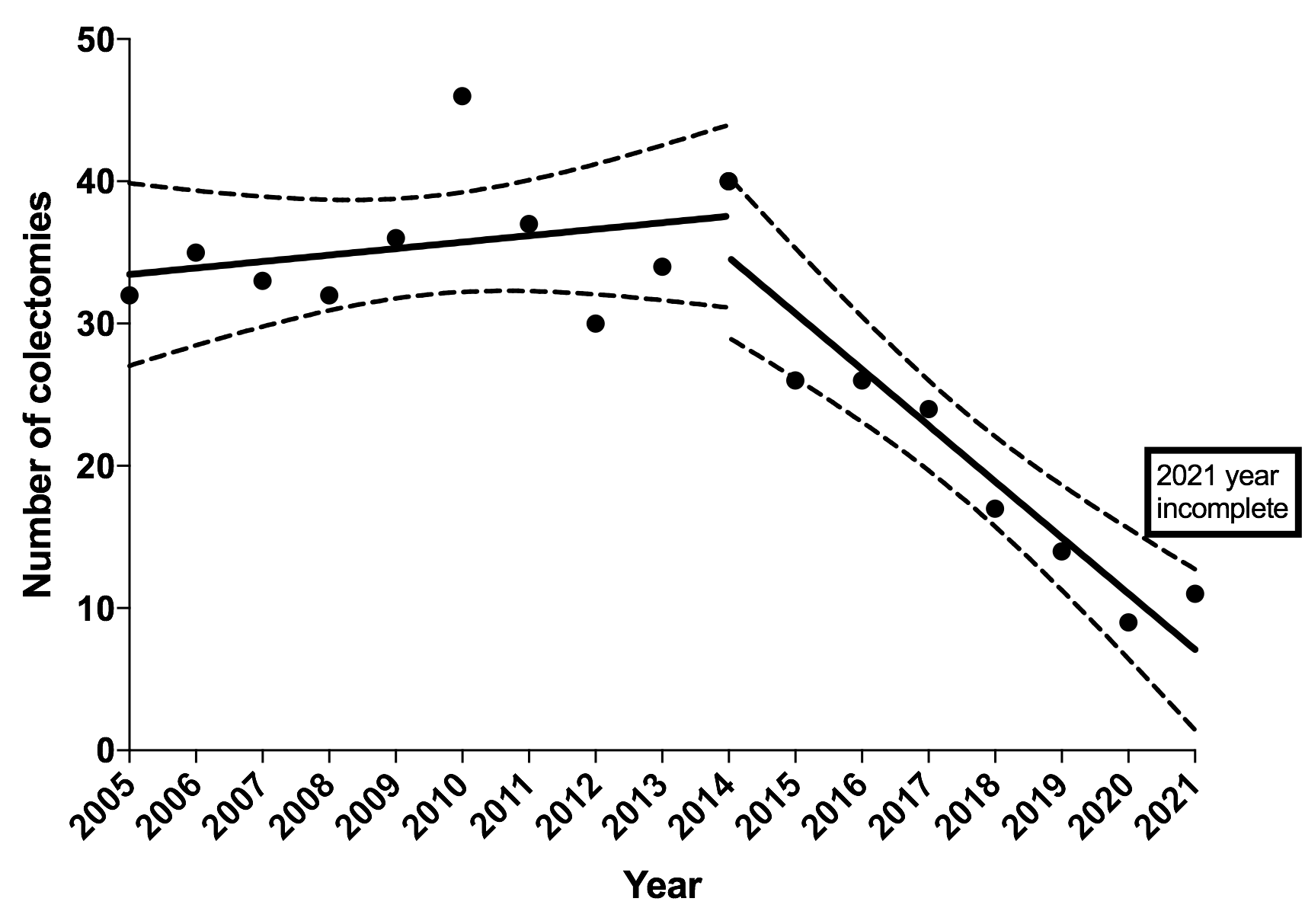 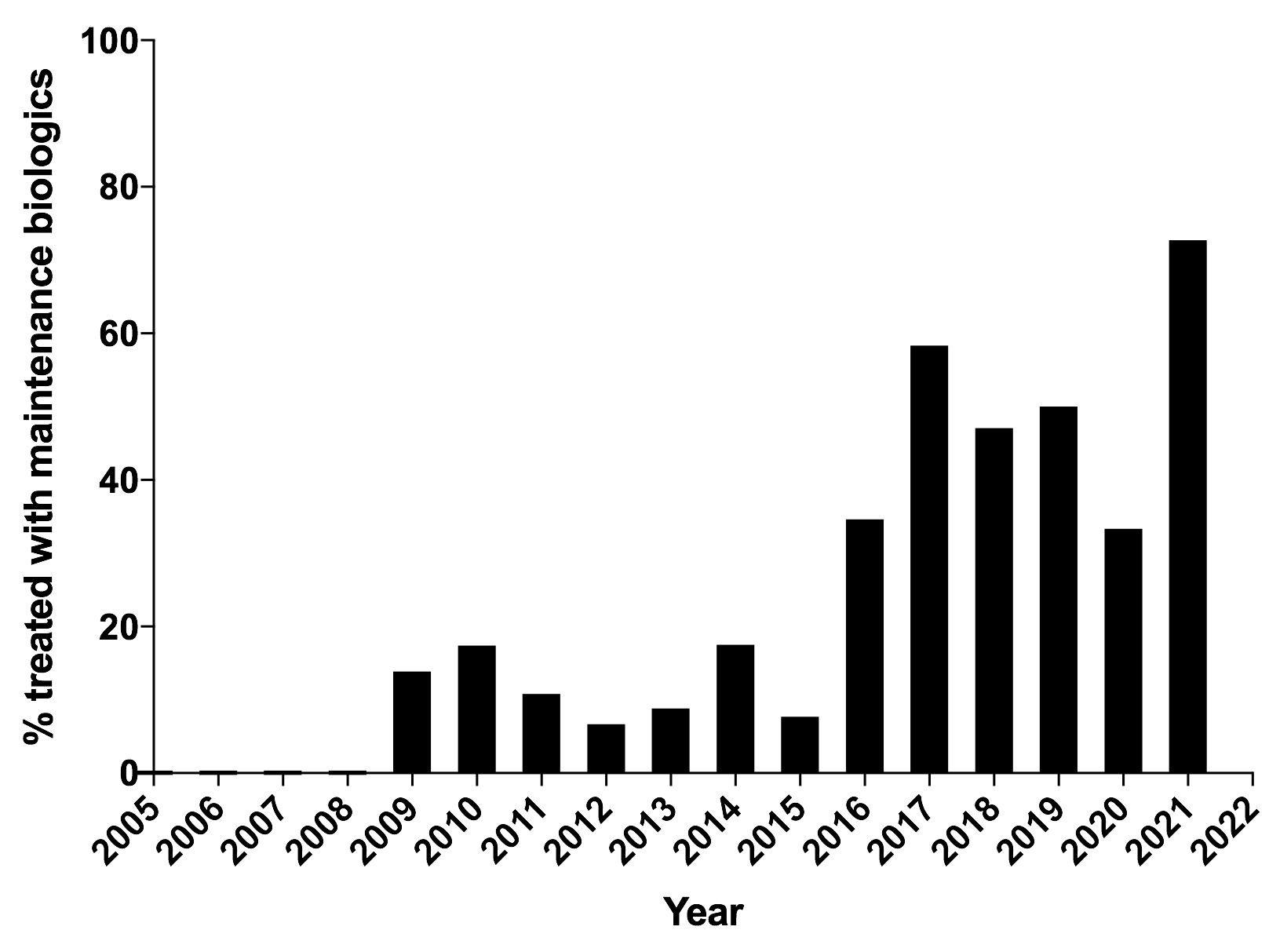 Figure 3. Percentage of colectomy patients who had been treated with at least 1 maintenance biologic prior to surgery.