Combination therapy with infliximab and anti-metabolites is an effective strategy for maintaining remission in patients with Crohn’s disease (CD); however, the implications of long-term combination therapy has led clinicians to consider discontinuing one of the two agents after sustained remission has been achieved. The SPARE investigators have addressed this in an unblinded clinical trial in which 211 patients were randomised to either continuation of combination therapy, withdrawal of infliximab, or withdrawal of antimetabolite therapy. Here, we aimed to determine whether nuclear magnetic resonance (NMR)-based metabolomics analysis of patient sera at baseline could determine which patients randomised to infliximab withdrawal would relapse over 2-years on anti-metabolite monotherapy.

The study cohort comprised patients randomised to infliximab cessation who had a serum aliquot available for analysis (n=63). All patients had been treated with a combination therapy of infliximab (IFX) and anti-metabolite >8 months and had been in sustained steroid-free remission >6 months. Disease relapse was defined by CDAI>250 (or between 150-250 with 70 points increase over two consecutive weeks) alongside serum CRP and faecal calprotectin levels. Untargeted metabolomic profiling was carried out using NMR spectroscopy. Key metabolites were identified by their variable importance in projection (VIP) score using orthogonal partial least squares discriminant analysis (OPLS-DA) with 10-fold cross-validation on independent data. Multiple logistic regression on the metabolites with highest VIP score was used to report a receiver operator characteristic (ROC) curve integral (AUC) value after collinear variables were removed. 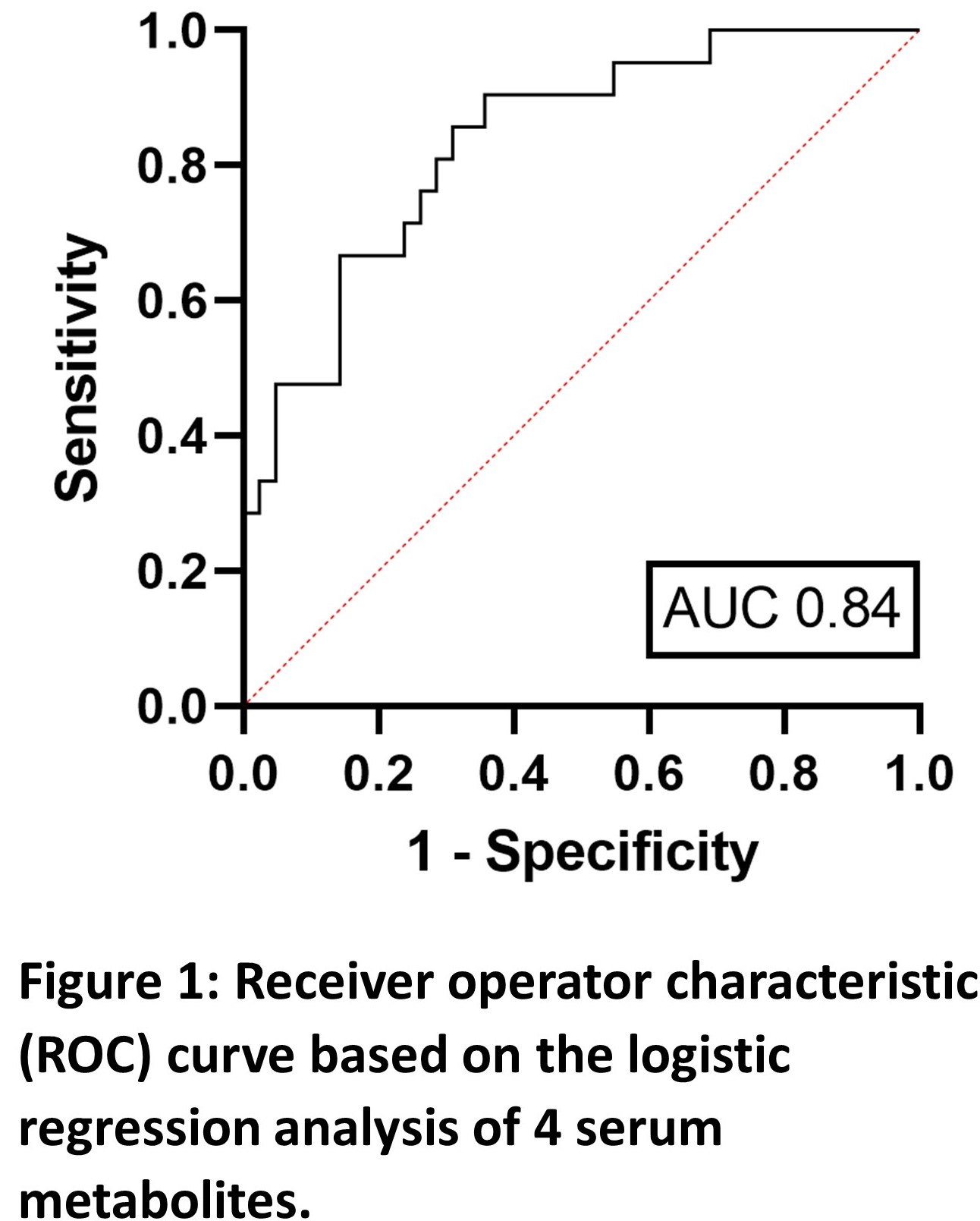 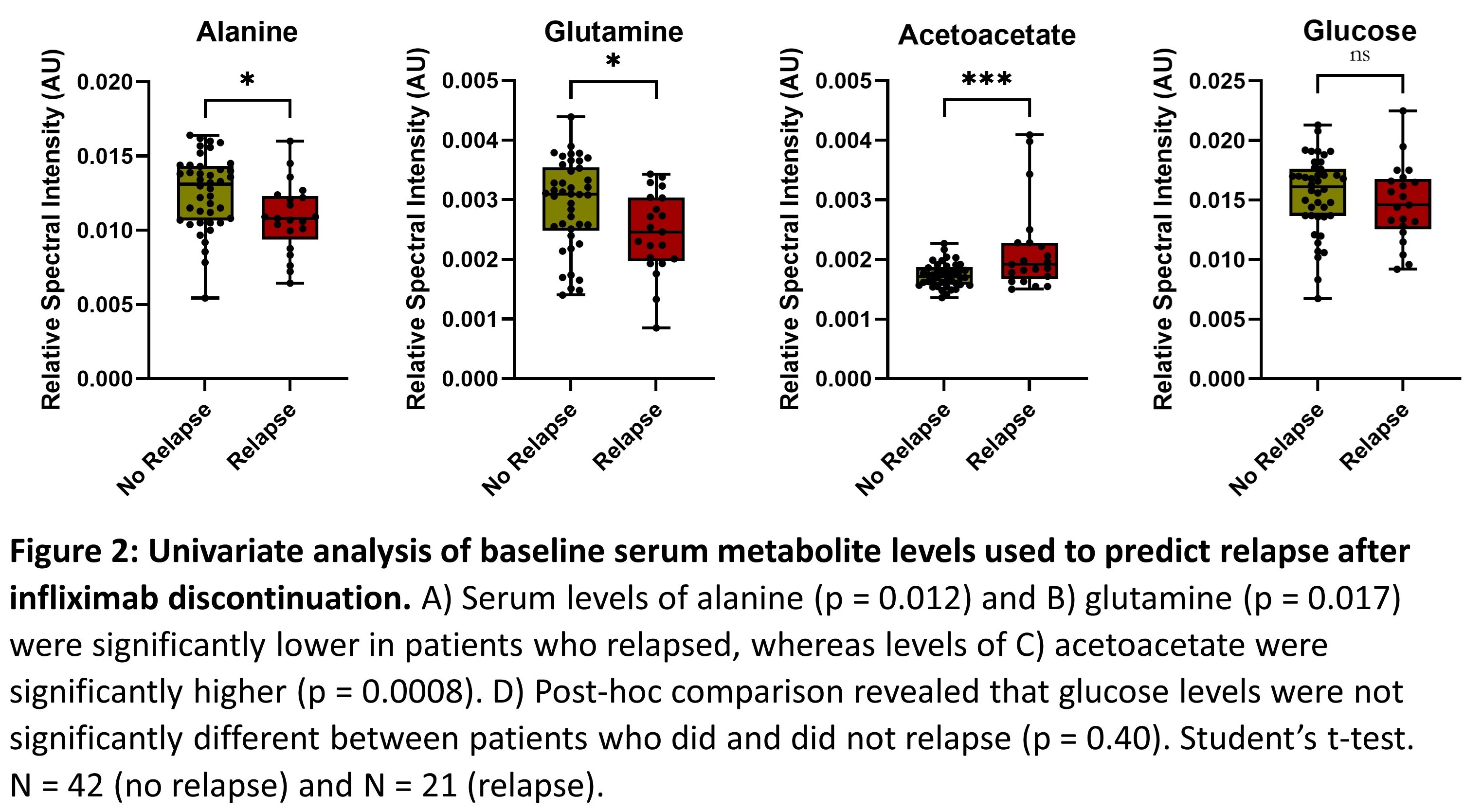 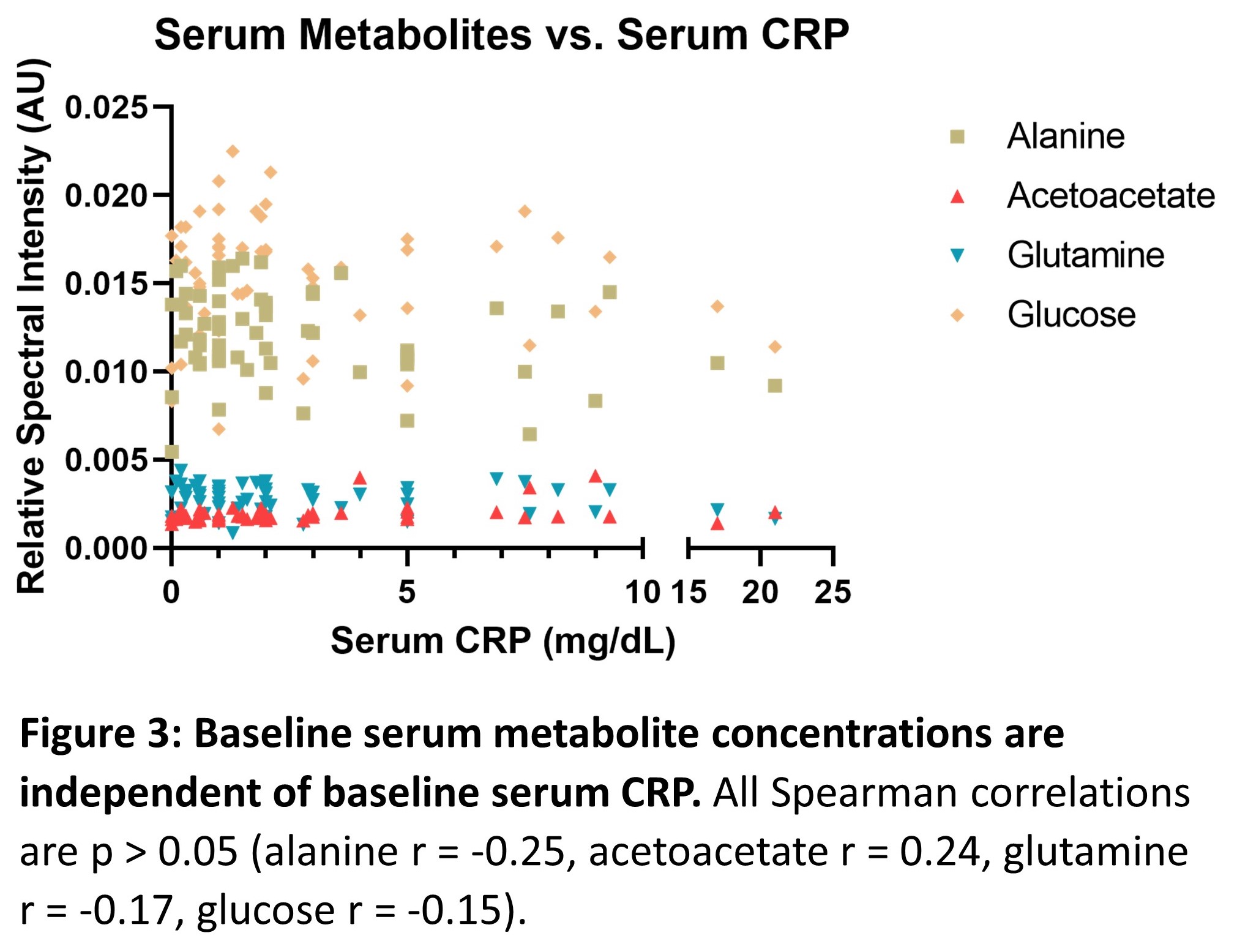 Here, we identify a panel of serum metabolites independent of baseline serum CRP, which predict high risk of disease relapse after infliximab discontinuation. These data may help in stratifying patients suitable for drug withdrawal, together with other clinical and multi-omic parameters.