P494 Can Patients Monitor Response To Ustekinumab In The Real World?

Real time monitoring of patients with Crohn’s disease (CD) gives us the opportunity to examine disease trajectory. We have demonstrated the feasibility of using a monitoring platform with patient reported data, collected prospectively and routinely in clinical practice. The question is whether it can be used for specific drugs

TrueColours-IBD (TC-IBD)is a real time, web based platform that through email prompts linked to questionnaires, collects longitudinal patient reported outcome measures (for CD, symptoms measured by Harvey Bradshaw Index (HBI) and quality of life by IBD Control-8). It is routinely used by >2000 patients in Oxford. This study examined 114 patients with Crohn’s: 45 males (median age 36, IQR 28-51) and 69 females (median age 34.8, IQR 28-47), treated with ustekinumab for a maximum of 16 months (range -2 months to 14 months). A linear mixed-effects model was used to approximate longitudinal trends of HBI and IBD Control-8. 3 individual items of the HBI scale (general well-being, abdominal pain & stool frequency) were also assessed. The TC-IBD platform has the capacity to analyse and show patients’ data automatically, using customised models and algorithms through the feedback loop (Fig 1). Model coefficients, intercept and slope were estimated using the restricted maximum likelihood (REML) approach. The intercept corresponds to the expected cohort mean value of the scale (e.g. HBI, IBD Control-8) at baseline (time zero) and the slope describes the rate of the change over time 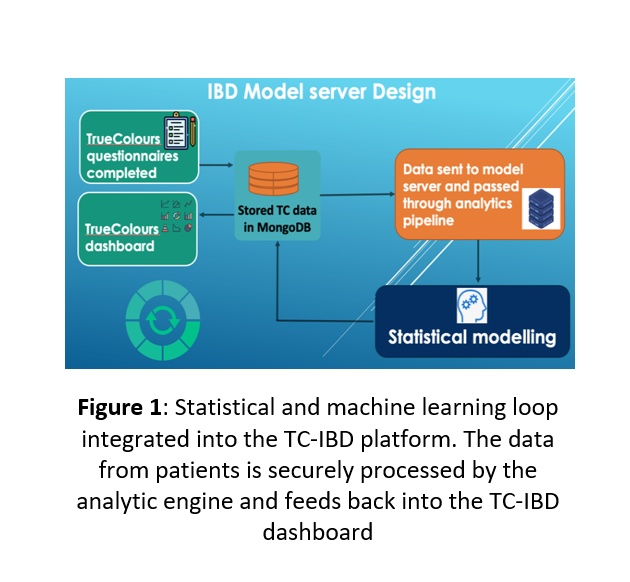 The models’ coefficients, the intercept and slope of both HBI and IBD Control-8 scales were statistically significant and are summarised in Table 1 with confidence intervals. Both linear trends (slopes) describing HBI (p<0.001) and IBD Control-8 (p<0.001) confirmed improvements for patients. The bowel movement component of the HBI dominated over general well-being and abdominal pain, while keeping a similar downward trend over time ( Fig 2 and Fig 3a,b) 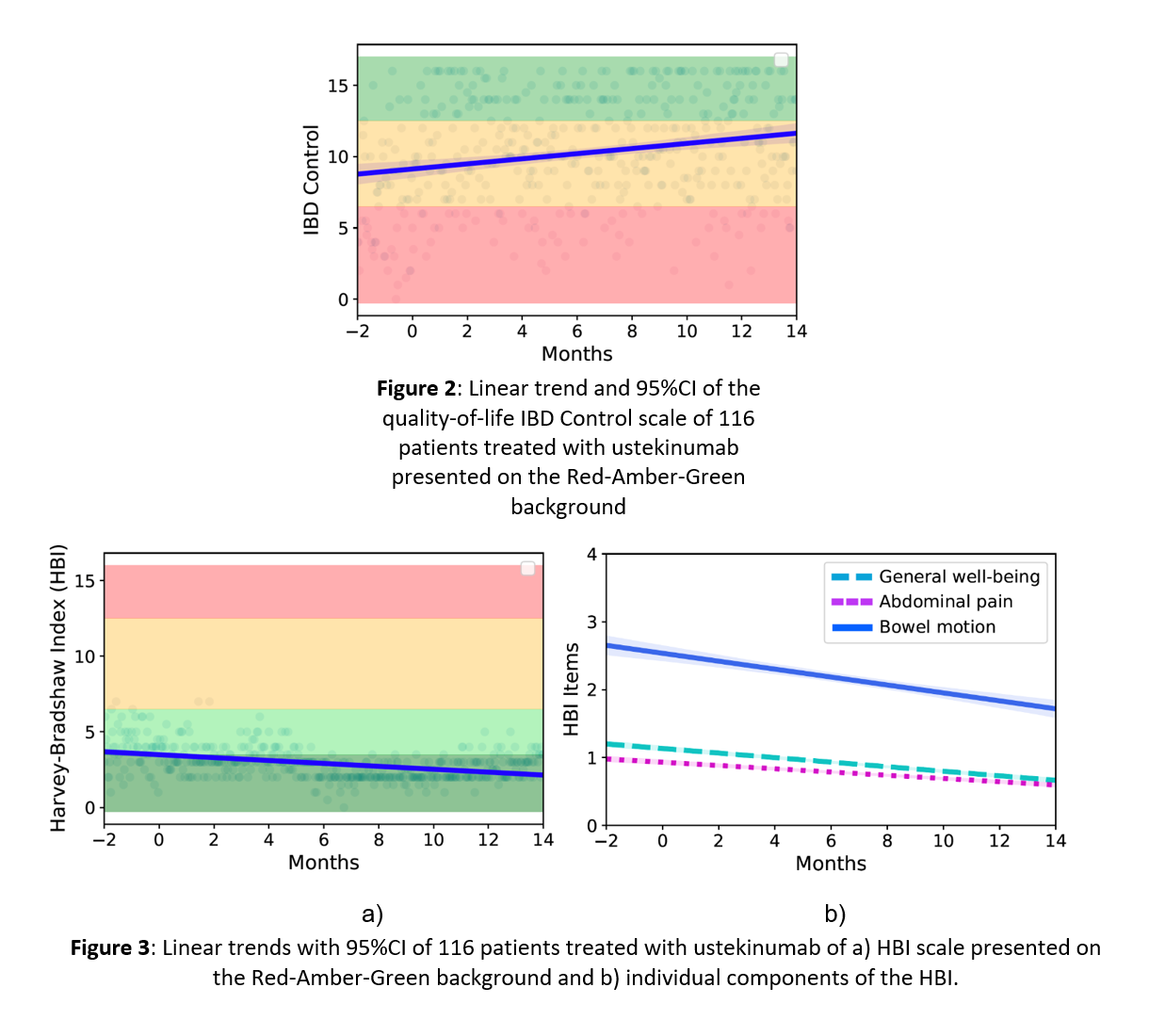 Patient reported data through the TC-IBD platform can be used for statistical analyses and continuous monitoring of drug effect over time. This analysis is limited by a lack of comparator group, but the models may be used with the TrueColours platform as a decision support tool for other drugs