Smoking has been associated with a reduced response to anti-TNF in patients with inflammatory bowel disease (IBD) as well as with lower serum levels of anti-TNF agents and the development of antibodies against them. The aim of this study was to investigate the association between smoking and the appearance of adverse events (AEs) of biologics in patients with IBD.

Consecutive patients with IBD who receive biological therapy in a tertiary university hospital were included. The possible association of smoking with the presence of AEs was investigated, using a specially designed questionnaire including a wide range of AEs associated with biologics (infections, skin manifestations, musculoskeletal disorders, general symptoms, hypersensitivity reactions, thromboembololic events  and psychological disorders). 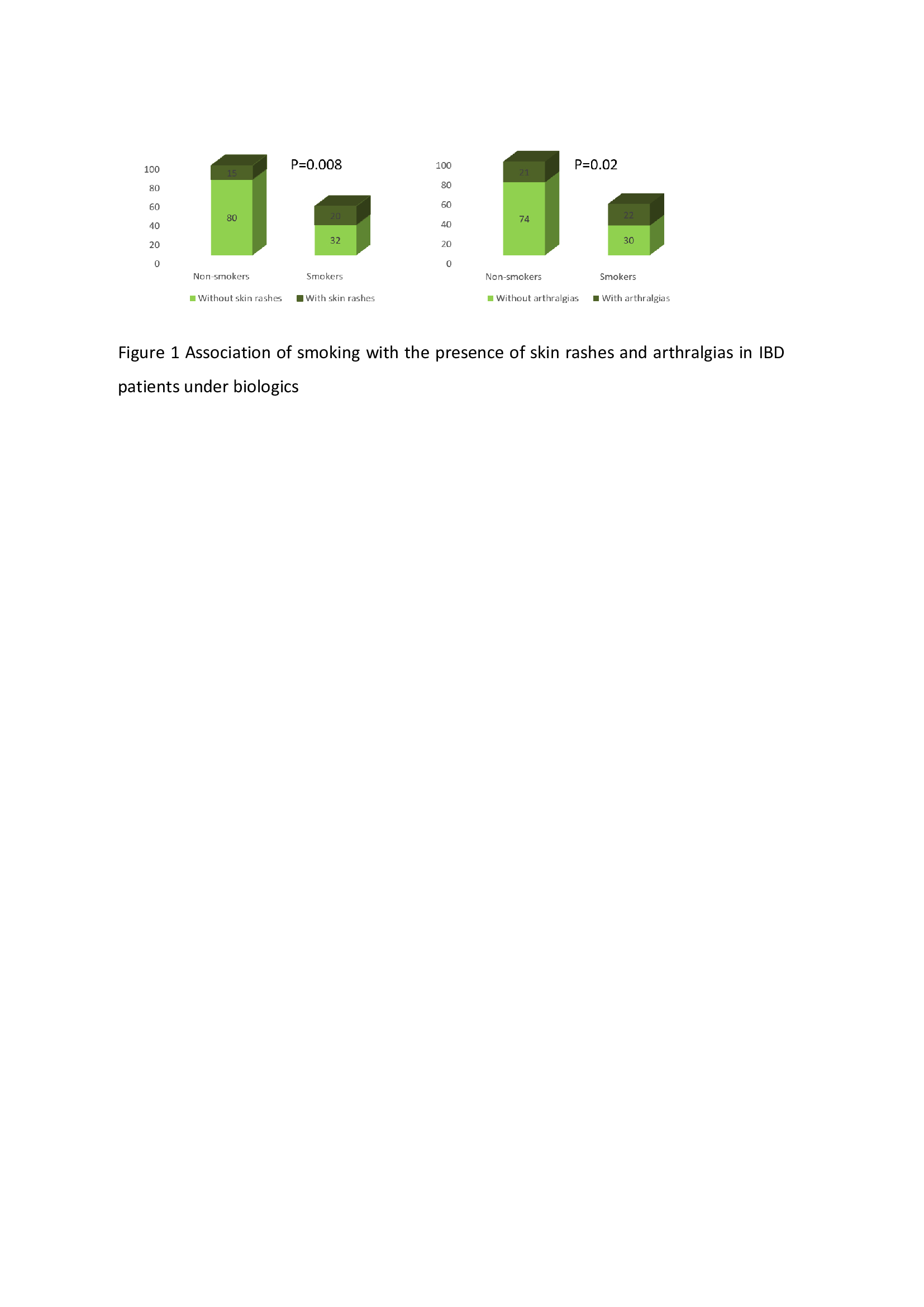 Smoking is a predisposing factor for the development of AEs of biologics in patients with IBD.  It could be suggested that quit of smoking may lead to the optimal benefit from the use of biologic therapy in IBD.