Real-life data on the efficacy of ustekinumab as first-line therapy for the treatment of moderate to severe Crohn’s disease (CD) is lacking. The objective of this study was to compare the clinical remission rate at 3 months of patients treated by ustekinumab or anti-TNF agents as first-line biological therapy.

We conducted a two-center retrospective study including biologic-naïve patients starting either ustekinumab or an anti-TNF agent for CD between January 2016 and December 2019. The primary endpoint was clinical remission at 3 months after therapy initiation, defined as a Harvey Bradshaw Index (HBI) < 4 without steroids, need for CD-related surgery or treatment discontinuation due to treatment failure or intolerance. Secondary endpoints were remission at 12 months and time to drug withdrawal. Patients treated with ustekinumab were matched 1:3 to patients receiving anti-TNF agents using a propensity score including age, CD duration, smoking status, CD location according to the Montréal classification and history of perianal disease. 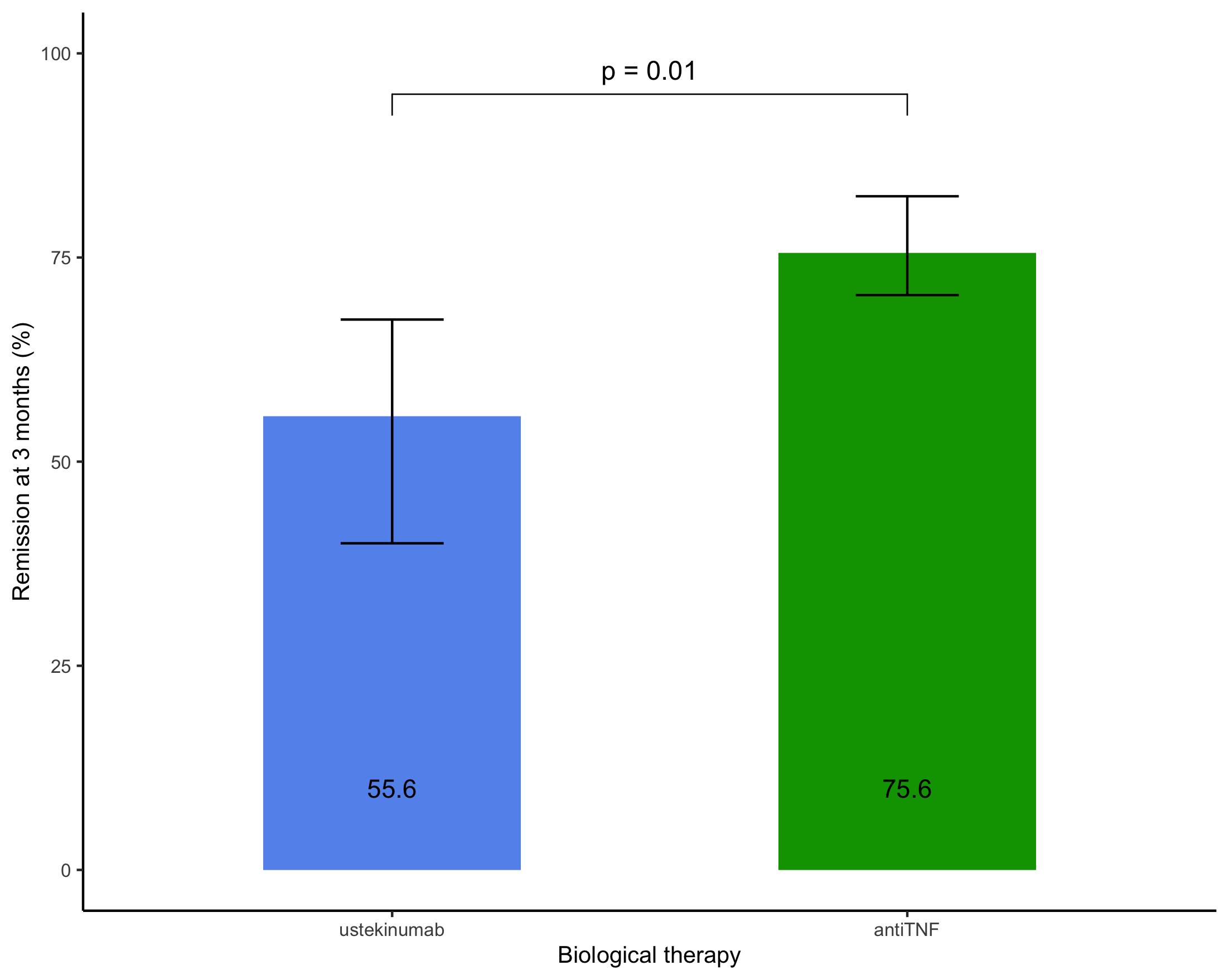 In this retrospective cohort, we found that anti-TNF agents as a first-line biological therapy led to higher rates of remission at 3 and 12 months in biologic-naïve patients with Crohn's disease than ustekinumab.