Infliximab (IFX) de-escalation (i.e., extending the dosing interval and/or decreasing the dose) has been attempted in patients with inflammatory bowel disease (IBD) who sustained treatment response following an earlier IFX escalation. We aimed to identify predictors of sustained disease remission after IFX de-escalation.

The percentage of patients who sustained steroid-free clinical and biological remission gradually decreased over time to 57% at 180 days and 37% at 360 days (Fig 1). A lower baseline PRO2 was predictive for attaining the primary endpoint (P=0.039), regardless of IBD type. One unit increase in PRO2 increased the probability of losing remission by 17% (95% CI: 0.8%-36%). The IFX TC at baseline was similar between patients with and without sustained remission during the first year (median 6.8 [IQR 6.0-7.6] mg/L and 6.0 [5.1-9.2] mg/L, respectively; P>0.05). Throughout the study period, neither IFX TCs nor IFX CLs predicted attaining the primary endpoint (P >0.05).

At the fifth infusion, patients who did not attain the secondary endpoint had a higher IFX CL (P=0.025), but the IFX TC was not different (Fig 2). In mGLM, the estimated IFX CL, but not the IFX TC itself, was identified as a predictor for attaining the secondary endpoint (P=0.016). A 0.1-unit increase in IFX CL (L/day) increased the probability of losing remission 3,227-fold. 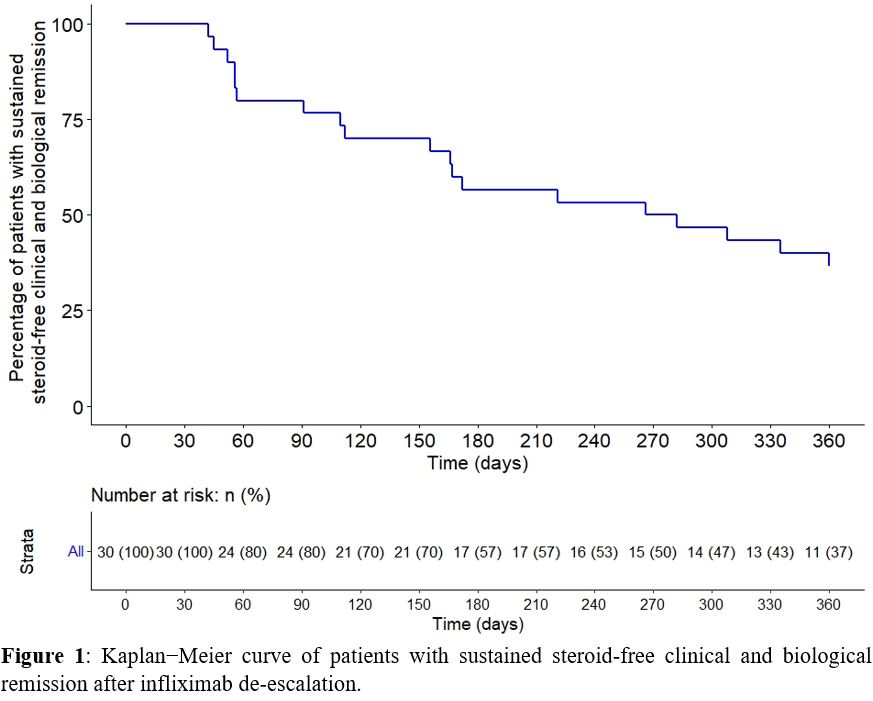 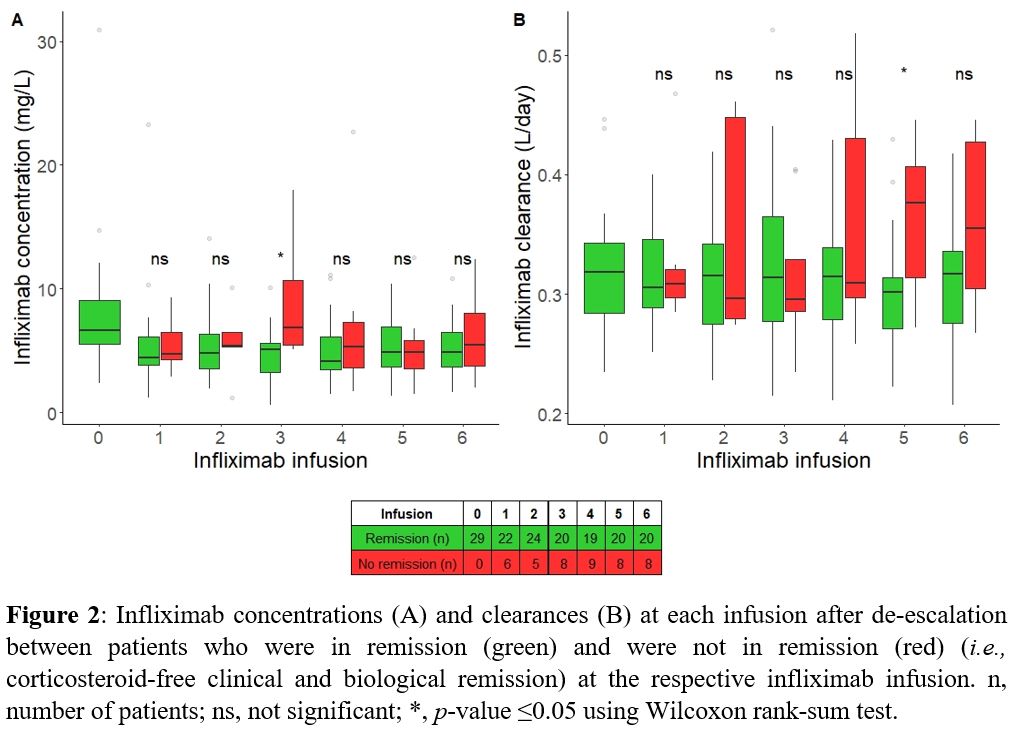 Lower PRO2 at IFX de-escalation predicted a higher chance of sustained remission. Monitoring the IFX CL using a Bayesian forecasting software tool may provide more insight into disease activity than monitoring the IFX concentration as such. A prospective study is awaited to confirm our findings (MODIFI; NCT04982172).
Ref: 1 Dreesen BJCP. 2020