P544 Patients with moderate to severe Crohn’s disease with and without prior biologic failure demonstrated improved clinical outcomes with risankizumab: Results from phase 3 induction and maintenance trials

Risankizumab (RZB), a selective interleukin-23 inhibitor, demonstrated superior efficacy over placebo (PBO) as induction and maintenance therapy in patients with moderate to severe Crohn’s disease (CD). Here we compared the efficacy and safety of RZB in inducing and maintaining clinical remission and clinical response in patients with CD who demonstrated intolerance and/or inadequate response (IR) to biologic therapies (with prior bio-failure) versus those who demonstrated IR to conventional therapies only (without prior bio-failure).

This subgroup analysis included pooled induction data from patients randomized to receive intravenous (IV) RZB 600mg (N=527) or placebo (PBO) IV (N=362) every 4 weeks (wks) for 12wks in the ADVANCE+MOTIVATE studies, and maintenance data from IV RZB responders who were randomized to subcutaneous (SC) RZB 360mg (N=141) or withdrawn from RZB to receive PBO SC (withdrawal [PBO SC], N=164) every 8wks for 52wks in FORTIFY. Clinical remission (per CDAI and per stool frequency [SF]/abdominal pain score [APS]), CDAI clinical response, enhanced SF/APS clinical response, and maintenance of clinical remission were evaluated in the overall population, and in subgroups with and without prior bio-failure, using non-responder imputation. Only descriptive statistics were used for the subpopulations (Endpoints are defined in Table footnotes). Safety was assessed throughout the studies. 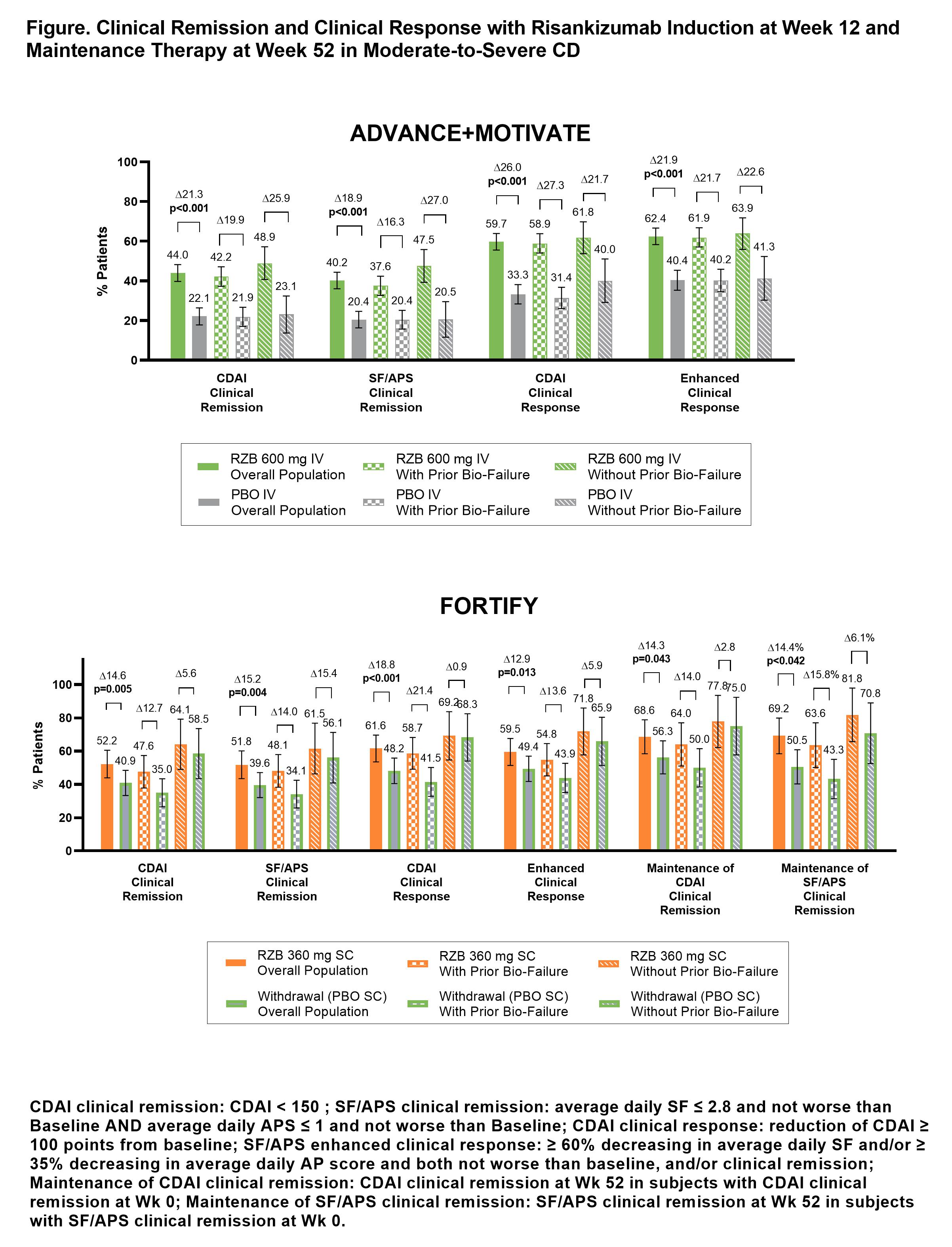 Across the induction and maintenance studies, compared to PBO, RZB treatment led to greater clinical remission and clinical response in patients with CD independent of prior biologic experience. The subpopulation without prior bio-failure achieved higher rates of symptomatic remission.