We retrospectively analysed 166 patients with IBD (71 with CD, and 95 with UC) treated with VDZ from January 2017 through November 2021 at 6 tertiary referral centres in Korea. We assessed clinical remission (CREM) and response (CRES), corticosteroid-free clinical remission (CfCREM) and response (CfCRES), biochemical response (BioRES), endoscopic healing (EH), and need for drug optimisation by CDST-defined response groups (low vs. intermediate to high probability group with a cut-off of 13 points in CD, Table 1A, and 26 points in UC, Table 2A, respectively). CDST was evaluated by area under the receiver operating characteristics curve (AUC) and test performance. 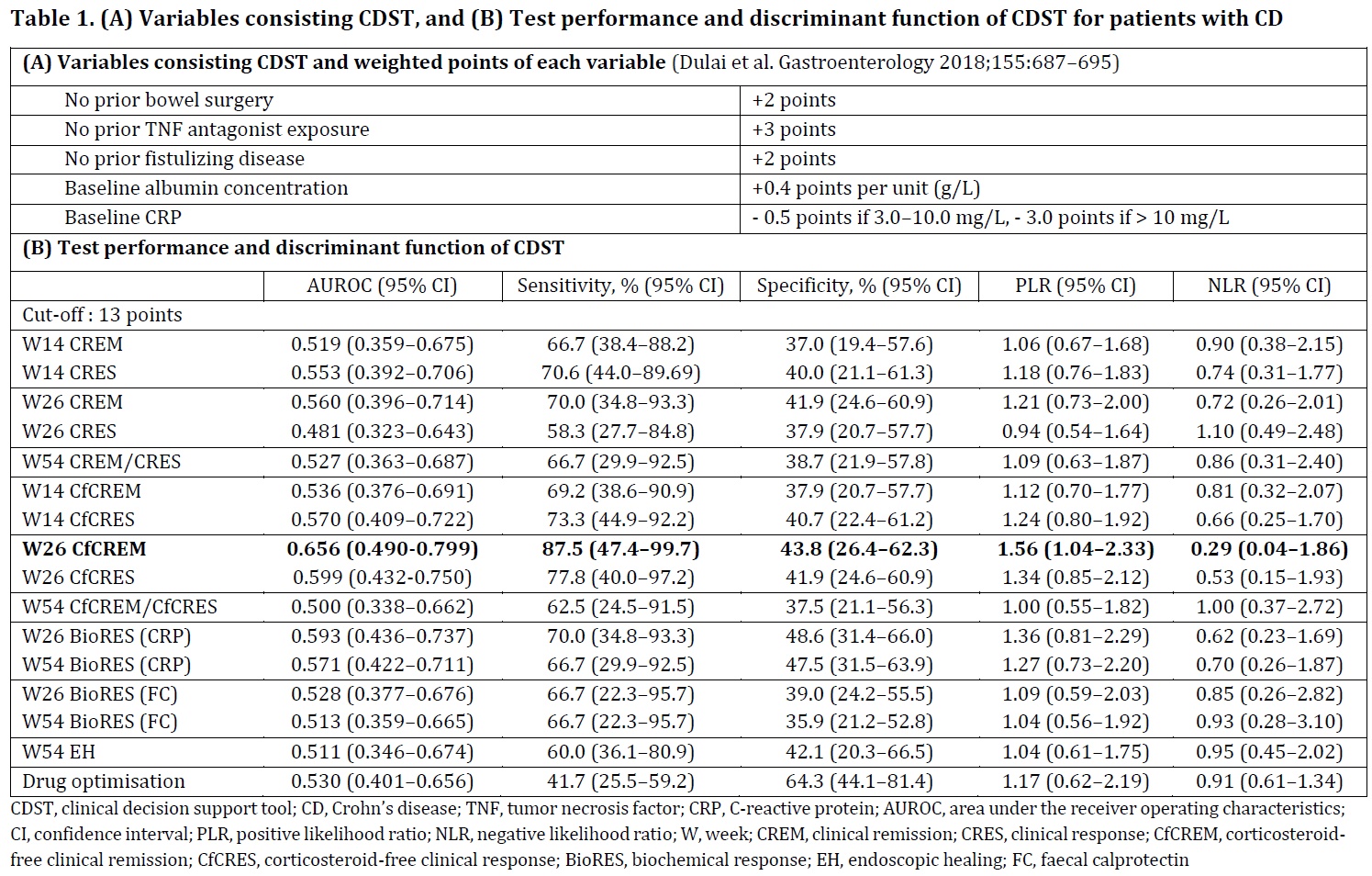 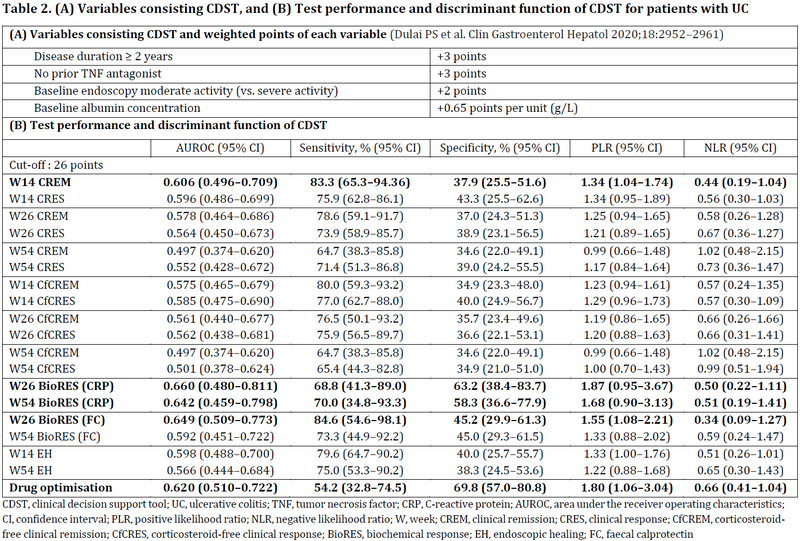 Both CDST for CD and UC can be used to help guide VDZ therapy for Korean patients to predict BioRES with a fair discriminant function and moderate sensitivity.