Nearly half of patients with Crohn’s disease (CD) require any kind of surgical resection within 10 years after diagnosis and about one third of them need an additional second intervention within the next decade. We aimed to investigate the prevalence and risk factors for intestinal resection in Greek patients with CD.

Consecutive CD patients with complete follow up data, recorded prospectively in a registry of a tertiary university hospital from 2011-2021, were studied retrospectively. All patients with a history of at least one bowel resection for luminal disease were enrolled.  Surgeries for perianal disease, fistulae or other complications were excluded. At the same time, the role of potential risk factors for surgical intervention was analyzed. 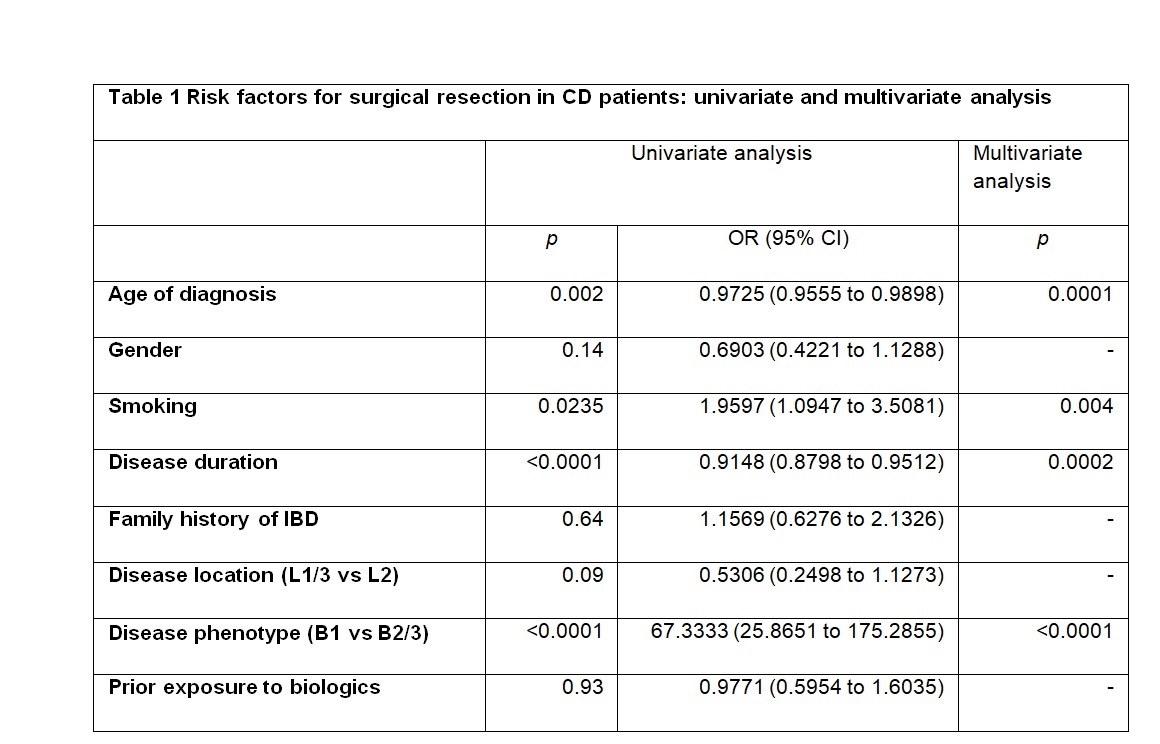 One out of four patients in our cohort needed bowel resection for their luminal CD with younger age at diagnosis, shorter disease duration, structuring/fistulizing phenotype and smoking being identified as possible risk factors.