Keratinocyte skin cancer (KSC) including basal-cell carcinomas (BCC) and cutaneous squamous cell carcinomas (SCC), is the most prevalent cancer-type in the Netherlands with an increasing incidence and impact on morbidity. In addition to ultraviolet radiation (UVR), thiopurines used in patients with inflammatory bowel disease (IBD), are associated with KSC development. It is unclear whether this is a dose response relationship. The aim of this study was to investigate the association between the cumulative dose of thiopurines and the development of KSCs in IBD patients.

A single-center retrospective case control study was conducted and we included patients with IBD on thiopurines and a history of KSC (n=50, cases) as well as without KSC (n= 150, controls).  For each patient we calculated the cumulative dose of azathioprine (AZA), 6-mercaptopurine (6-MP) and tioguanine (6-TG) as primary outcome, and of methotrexate (MTX) as secondary outcome. Univariable and multivariable regression analyses were performed, the latter corrected for known risk factors and potential confounders: age and smoking.

200 IBD patients were included (see Table 1). There were more cases (24%) using azathioprine at time of KSC onset compared to 11.3% of controls at time of inclusion (p= 0.028). Independent variables including age at inclusion (OR 1.065, CI 1.038-1.092) and IBD disease duration (OR 1.040, CI 1.016-1.065) were significantly associated with KSC. No significant association was found between KSC development and smoking, cumulative thiopurine use, nor between KSC development and cumulative MTX use. To account for possible non-linear effects, cut-offs at the registered 1- and 3-years- cumulative doses were assessed. Here, no significant results were found for any of the distinct thiopurines or MTX, the 3-years cumulative use of AZA had the highest odds ratio of 1.085 (CI 0.795-1.482). In multivariate logistic regression analyses (see Table 2), age per 10 years remained significant associated (p=0.005) (OR 1.666, CI 1.165-2.381). 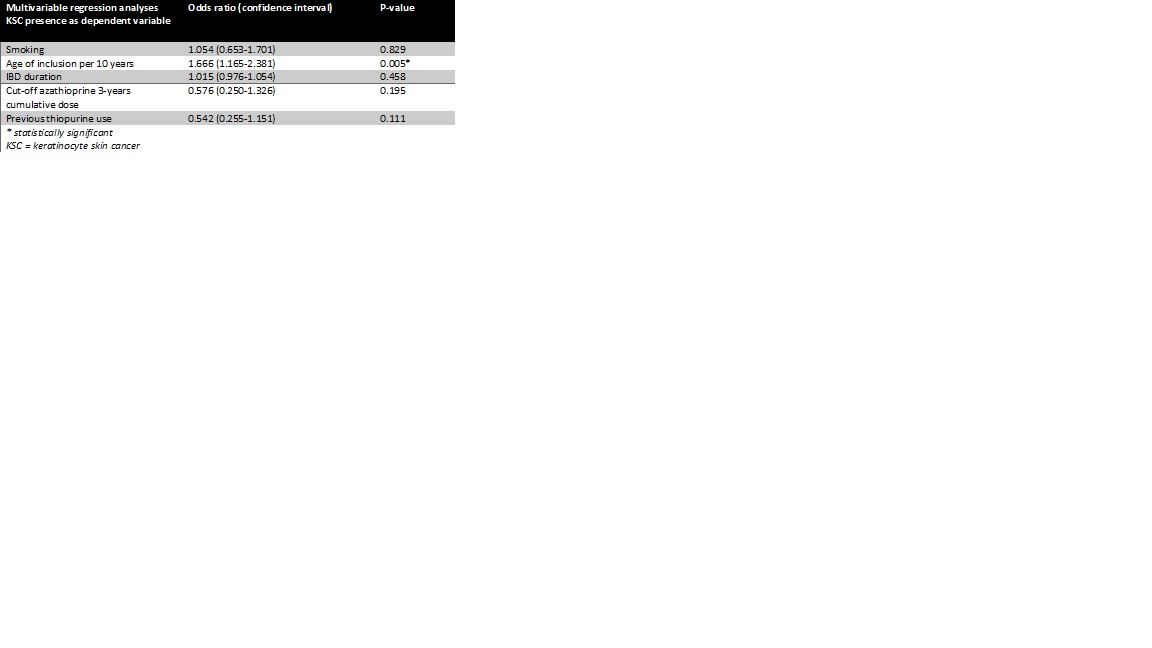 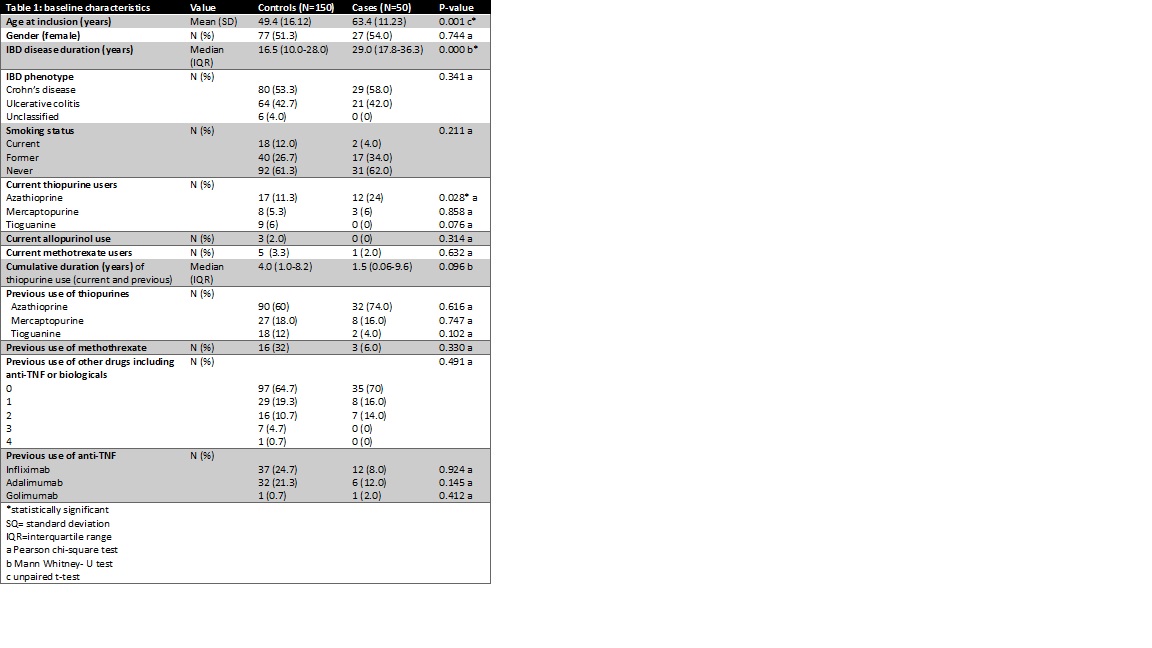