Tofacitinib is an oral, small molecule JAK inhibitor for the treatment of ulcerative colitis (UC). Data from OCTAVE Induction 1&2 and OCTAVE Sustain demonstrated that a history of extraintestinal manifestations (EIMs) was shown not to influence the efficacy of tofacitinib 10 mg twice daily (BID).1 We explored the efficacy and safety of tofacitinib in patients (pts) with and without a history of EIMs in the open-label, long-term extension study, OCTAVE Open.

The presence or absence of a history of EIMs at baseline did not impact the long-term efficacy and safety of tofacitinib in pts with UC. New occurrences of EIMs were infrequent. 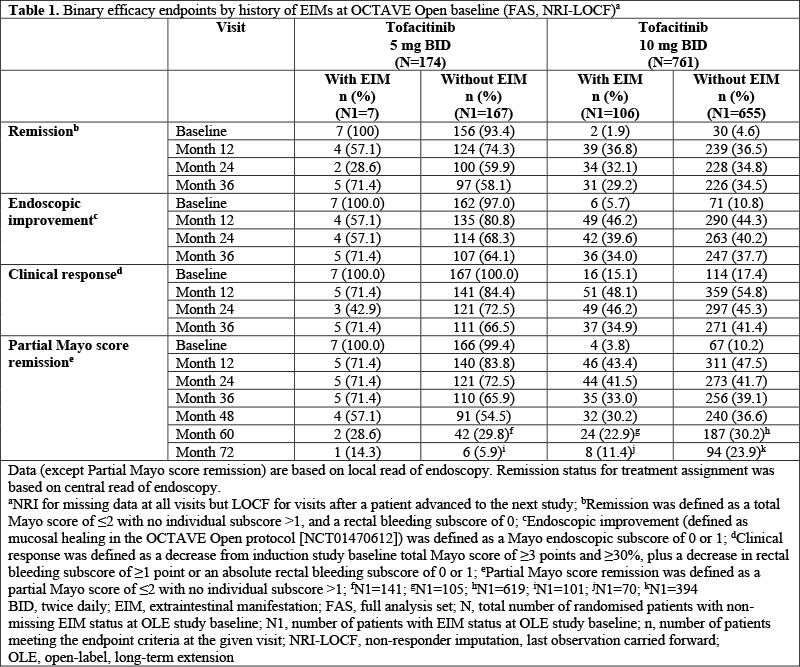