P613 Use of adalimumab biosimilar ABP 501 in Crohn’s disease: A real-life experience

The use of biologics in Crohn’s disease (CD) entails an increasing cost on national health systems. The use of biosimilars of adalimumab in CD is based on the concept of extrapolation of the results obtained in rheumatoid arthritis and in psoriasis, while no study about the efficacy and safety on CD of the biosimilars approved in Europe have been published. The aim of our study was to analyse, for the first time in literature, the effectiveness and safety of ABP 501 in CD patients naïve to adalimumab and its retention rate in CD patients who switched from adalimumab originator. 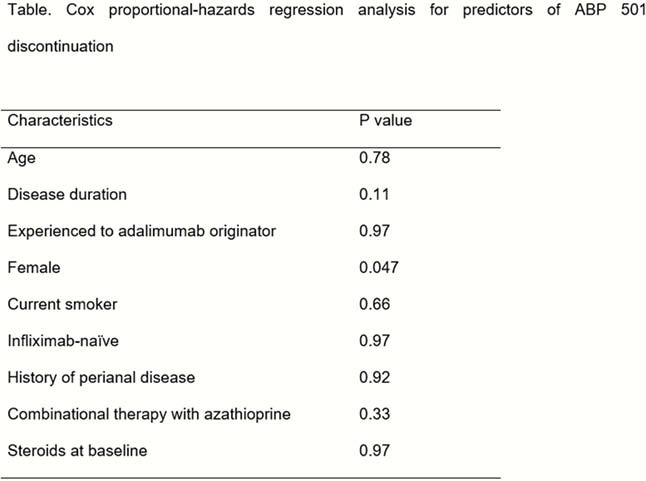 Our results support ABP 501 as an efficacious and well-tolerated drug, at least in the short-term, and its interchangeability with its originator in the treatment of CD.