The common sense model of illness (Leventhal et al 1997) suggests that illness perceptions influence coping strategies and outcomes. Negative perceptions of IBD are associated with poorer psychological and physical health, quality of life (Polak et al, 2019) and adherence (van der Have et al, 2016). There are differences among healthcare professionals in how they view IBD (Dickman et al, 2011) however, it is unknown how perceptions of illness vary between patients and HCPs

All patients with IBD who were referred to IBD psychology clinic were asked to complete Brief Illness Perception Questionnaire (BIPQ, Broadbent et al, 2006) as part of their assessment.

Descriptive statistics and Mann-Whitney tests were performed as well as a thematic analysis (Braun & Clarke, 2006) of the causes. 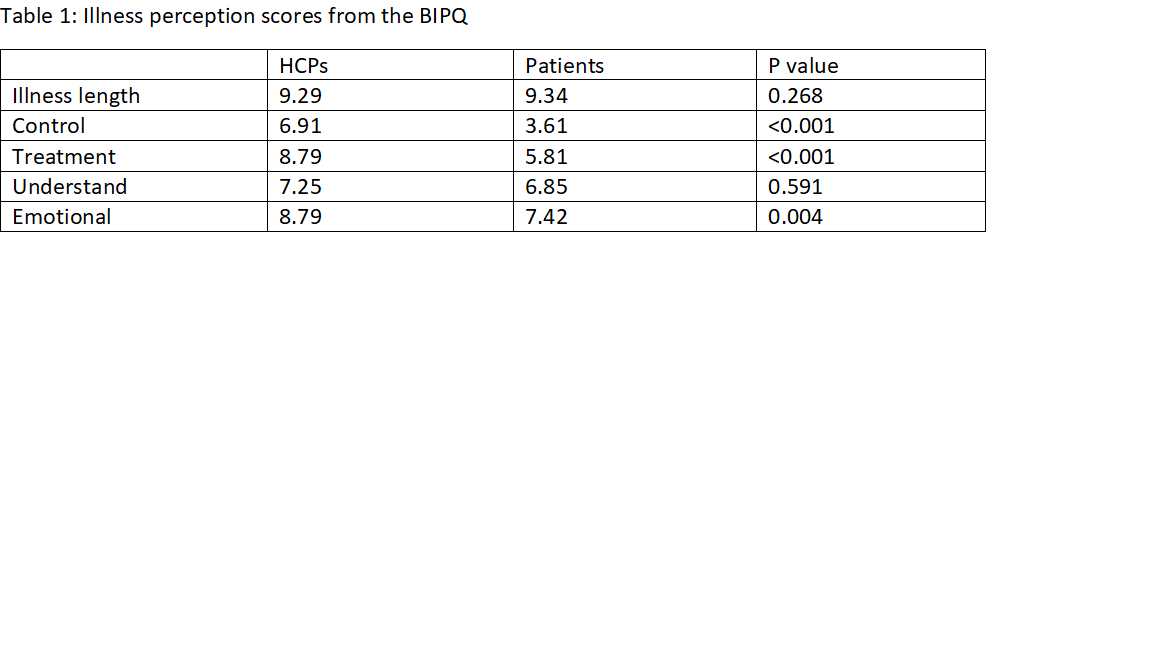 There were no significant differences between HCPs and patients in their views of illness duration or their understanding of IBD. However, patients felt that disease control was less likely and treatment effectiveness was less helpful than HCPs. HCPs felt that patients were more emotionally impacted by IBD than patients themselves. 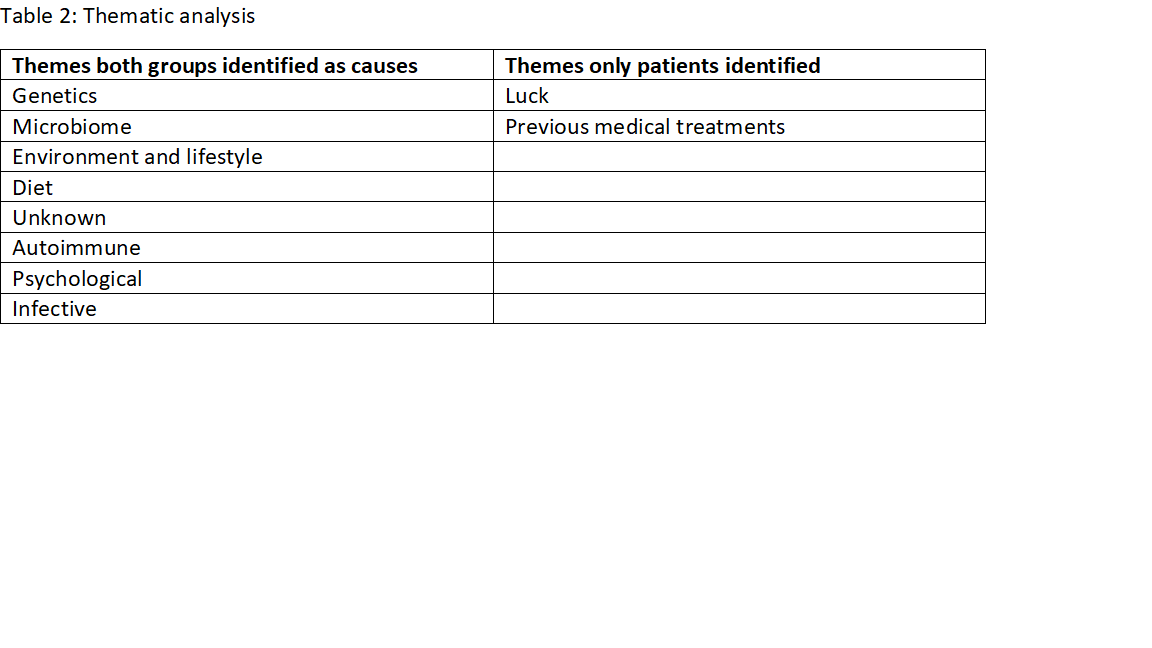 There was a difference in how each group ranked the themes. All HCPs identified genetics, whereas many fewer patients did.  Patients were more likely to identify psychological, environmental and lifestyle as being important, were more likely to say that the cause was unknown or to not respond to the question.

Our findings suggest a disconnect between the views held by patients and HCPs as to the underlying cause of their IBD as well as our ability to achieve disease control with effective medical therapy. This highlights the importance of open communication with and education of patients from their first encounter with HCPs and throughout their disease course. It is worth noting that all patients included had been referred to the IBD psychology service and are more likely to have had a difficult disease course or persistent symptoms which may explain the difference in views on treatment and remission.