Patients (pts) with IBD are at increased risk of pancreatitis. Here, we report a post-marketing safety analysis to identify predictors of pancreatitis utilising data captured during treatment with VDZ in a large Global Safety Database (GSD). 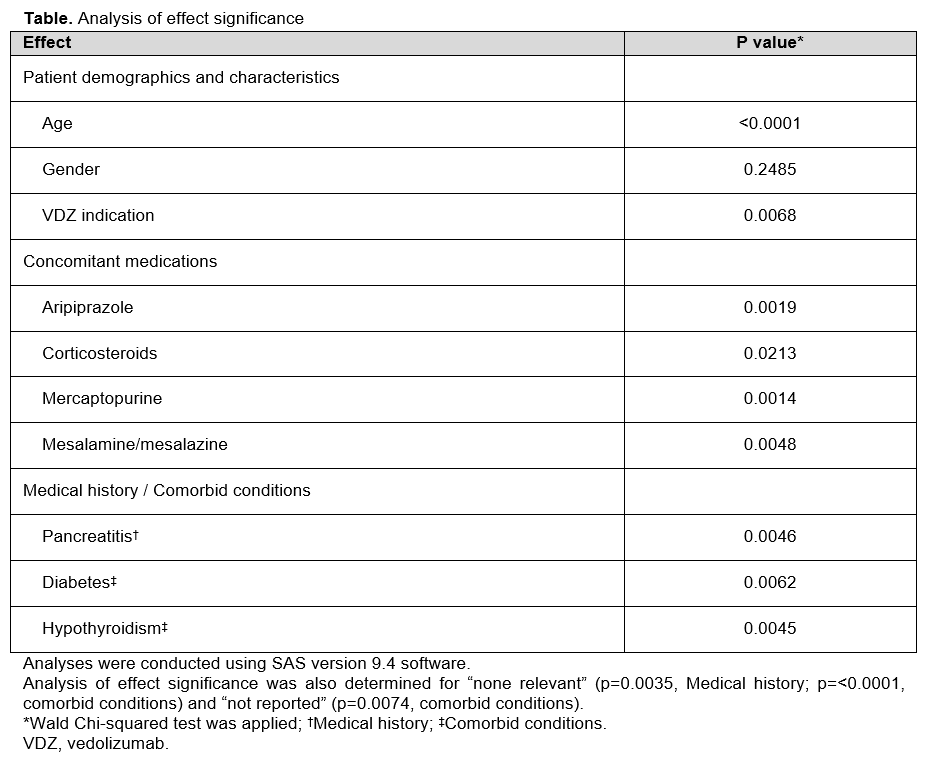 This retrospective analysis identified several factors associated with 196 spontaneous CRs of pancreatitis captured in our large GSD of over 700,000 patient-years of exposure to VDZ. This offers useful insights into potential predictive factors that could be important to inform clinical management of patients with IBD regarding the risk of pancreatitis, but further research to confirm these observations is warranted.