P653 The changing epidemiology of IBD in the western world: a population-based study from Denmark

Mitigating the burden of inflammatory bowel disease (IBD) in Western countries requires understanding how its epidemiology is evolving. We conducted a temporal analysis of the epidemiology of IBD between 1995 and 2018 in the Danish nationwide cohort.

We used the Danish Civil Registration System (CRS) to obtain demographic information on all residents in Denmark between January 1, 1995 and December 31, 2018. We obtained information on Crohn’s disease (CD) and ulcerative colitis (UC) diagnosis from the National Patient Registry (NPR) using International Classification of Disease 8/10 codes. IBD diagnosis was defined as having at least two CD- or UC-related registrations within a two-year period and the date of the first IBD-related registration was considered as the date of diagnosis. We estimated overall and annual incidence rates and prevalence of CD and UC standardized with respect to age and sex. 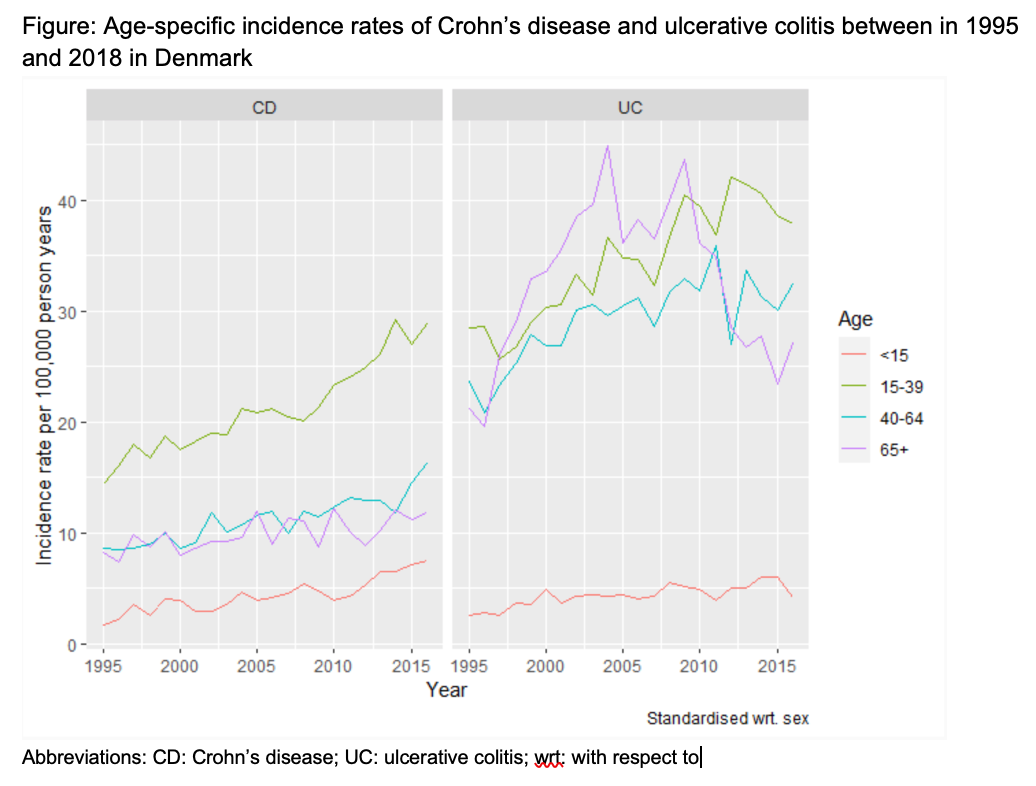 The epidemiology of IBD has shifted in the last 20 years with a still increasing incidence of CD and UC in young adults, and a sharply increased prevalence in older age groups, especially for UC.  These findings have implications towards understanding environmental shifts associated with this evolution as well as preparing for management of an aging IBD population.