According to the hygiene hypothesis, exposure to parasites may promote immune tolerance and protect against inflammatory bowel disease (IBD). The early life period, considered to extend from prenatal life to up to 5 years of age, is important towards immune maturation; exposures during this period are especially relevant towards IBD risk. We examined the impact of exposure to mebendazole, a broad-spectrum anthelminthic agent, during childhood and adolescence, on the risk of IBD, ulcerative colitis (UC) and Crohn’s disease (CD).

We used prospectively collected historical data of all individuals born in Denmark between 1995 and 2018 from national registers to conduct a population-based cohort study. Using the National Prescription Register, we identified mebendazole exposure at <18 years of age, as well as at <5 years of age. Using ICD8/10 codes in the cross-linked National Patient Register, we identified individuals who were subsequently diagnosed with UC or CD at <16 or ≥16 years of age. We performed adjusted Cox proportional hazards regression analyses to determine the risk of IBD, UC and CD with mebendazole exposure after adjusting for potential confounders, which included calendar period, number of siblings and half-siblings, antibiotic prescription, sex, socio-economic status, degree of urbanization and parental IBD status.

Table: Crude and adjusted estimates for outcome with exposure to mebendazole in early life (<5 years of age) 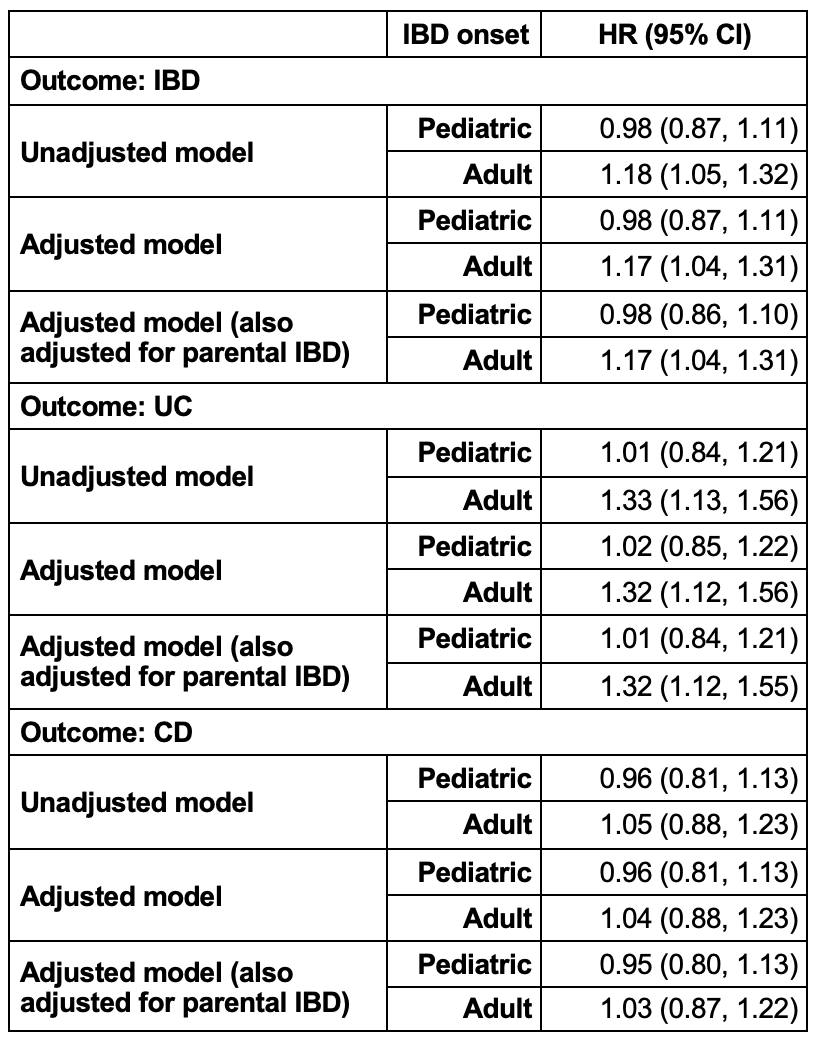 Figure: Cumulative incidence curves for (a) ulcerative colitis and (b) Crohn’s disease 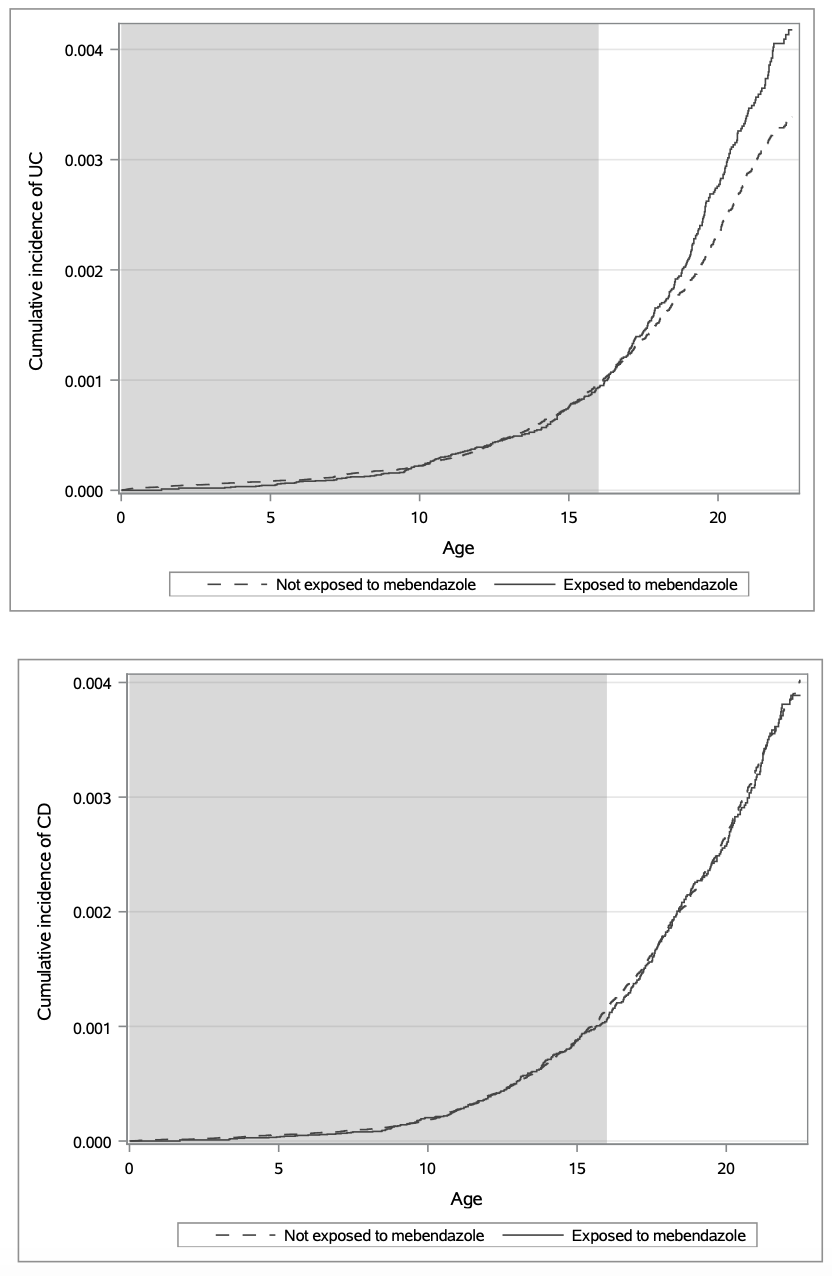 Early life, but not later in childhood or adolescence, mebendazole exposure is associated with increase in the risk of adult-onset UC. Mebendazole exposure does not impact pediatric-onset IBD risk or CD risk. These findings emphasize the importance of early-life exposures in shaping the risk of IBD later in life, may indicate differences between UC and CD risk factors and pathways, and may call for re-evaluation of risks and benefits of large-scale helminth eradication programs.