Therefore, based on the database models of existing registries, we aim to develop a reusable and interoperable Real World IBD database model that will contribute re-use of every-day care data form hospital information systems and remote monitoring platforms. This project contributes to generation of high quality, multi-dimensional data for (inter)national IBD registries such as the United Registries for Clinical Assessment and Research [UR-CARE] registry and aforementioned registries.

The design process was iterative and involved the potential end-users of the registries.
For the first iteration the database models of established Dutch IBD cohorts were taken as input, in combination with repeated discussions on the content with three principal IBD investigators.
The second iteration was multifaceted including; 1) Five discussion sessions with 7 IBD researchers (MD medicine of which the majority practiced IBD care and were experienced with the hospital information system) discussing the content, and 2) four discussion sessions with researchers experienced in re-using hospital care data for research that evaluated the model on practical use and difficulties in data interpretation using the output of the first iteration. No data was analyzed, only codebooks describing variables and their values.

The first iteration of the design phase resulted in a database model called IBD common data model [IBDCDM] v1 consisting out of 395 variables, and based on existing codebooks of Dutch IBD registries (figure 1). 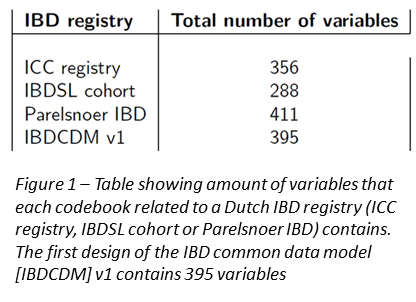 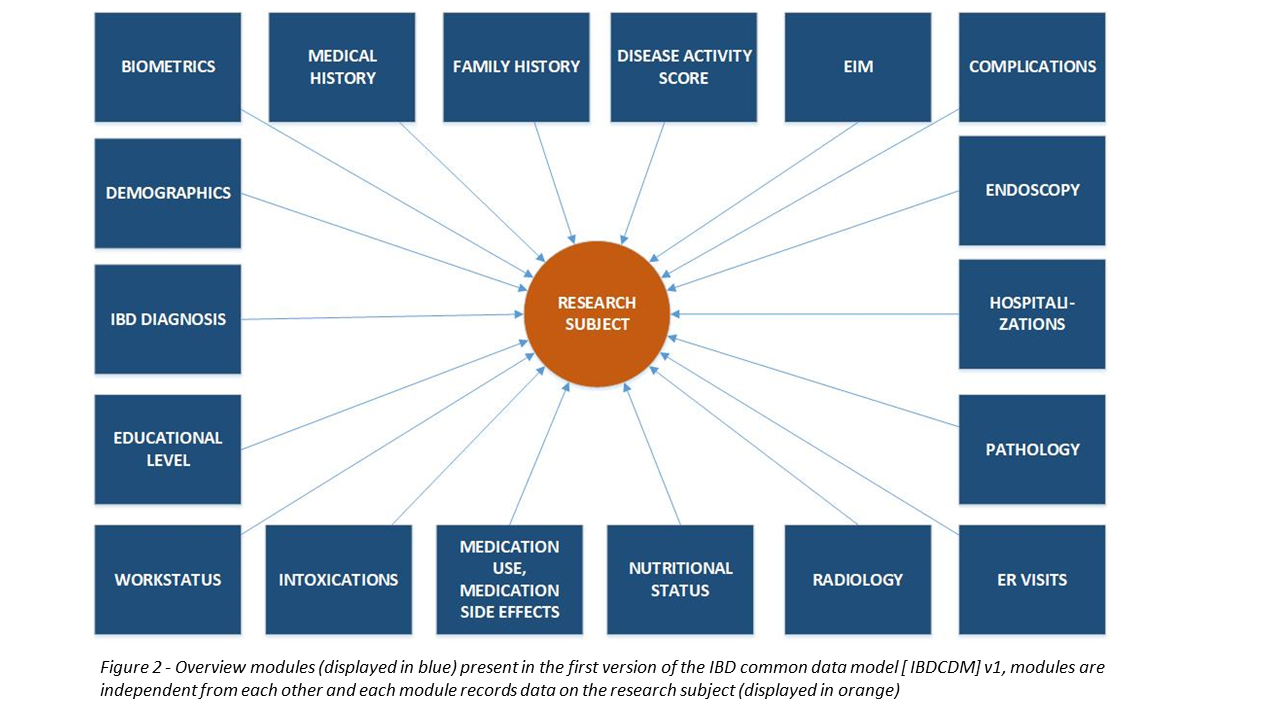 The second iteration of the design phase resulted in pruning the modules’ content, removal of one module, merging and adding of modules.

An iterative design process involving end-users will result in higher data quality by optimizing practical usability and interpretability of the database model. Next step is to encode the model using medical standardized vocabularies (e.g. SNOMED, LOINC), for interoperability.
The database model contributes towards producing reusable IBD datasets that use study hospital care data as a primary source to study the IBD disease course over several decades.