The novel corona virus (SARS-CoV-2) outbreak was declared as a pandemic in March 2020; this prompted the need for rapid vaccine development. Currently four EMA approved vaccines exist but their efficacy and safety data on patients with Inflammatory Bowel diseases are limited. 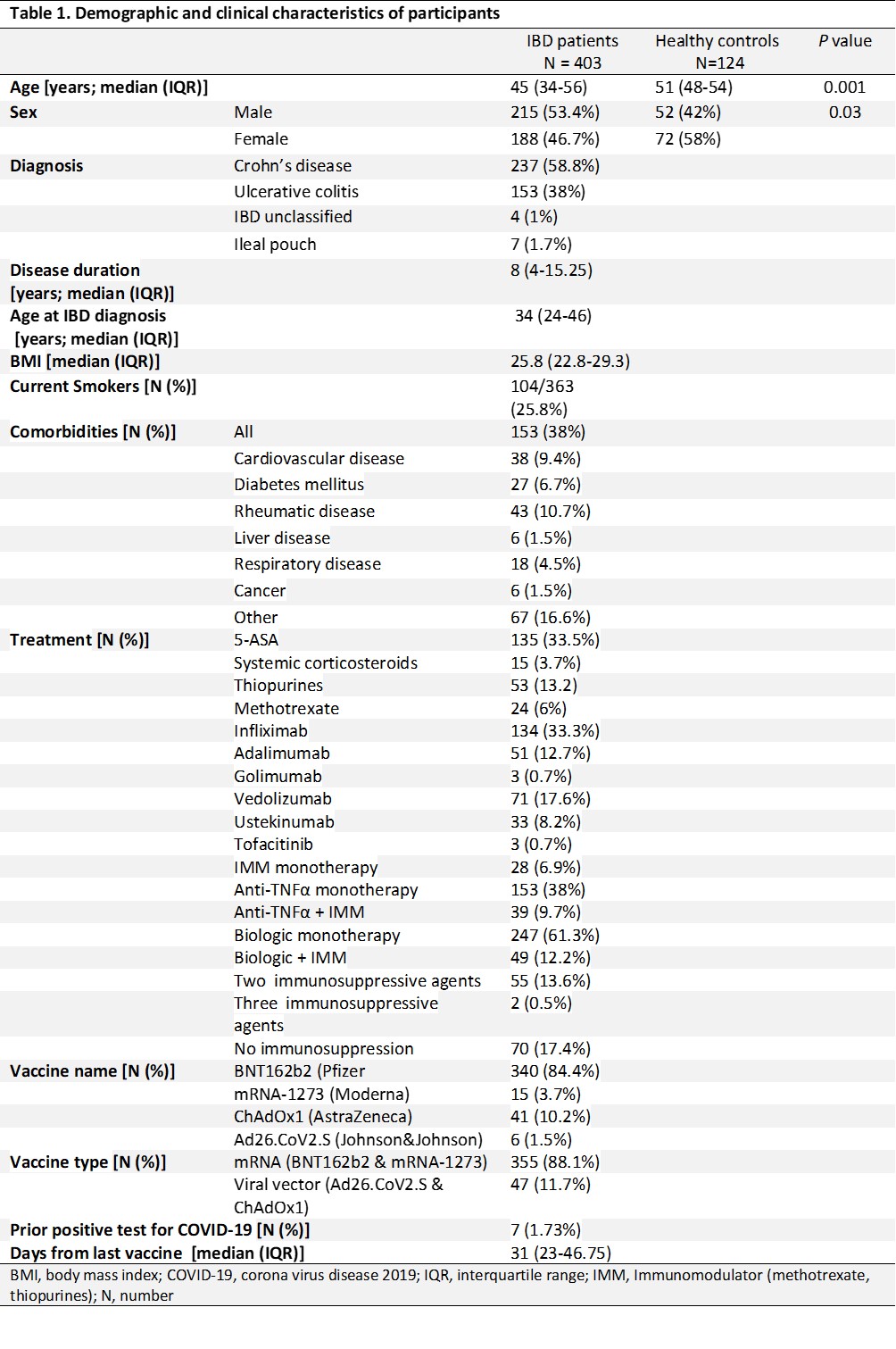 Patients with IBD have high seroconversion rates to anti-SARS-CoV-2 vaccines, with mRNA vaccines being more efficacious. However, IBD patients have impaired response to vaccination comparing to HC. Lower antibody responses were observed in patients who received viral vector vaccines, in older patients, and in those on anti-TNFα treatment. It is important to consider booster vaccination in those low-response groups.