Inflammatory bowel disease (IBD) is a chronic, inflammatory disease that is increasingly prevalent in New Zealand (NZ). Previous regional studies describe significantly lower rates of IBD in Māori (the indigenous people of NZ) compared to non-Māori. We aimed to describe IBD incidence and prevalence at Lakes District Health Board (DHB), with a focus on the Māori population.

All patients with IBD at Lakes DHB are managed using an IBD database. The database was reviewed and demographic, clinical, IBD phenotype, treatment and surgical data were extracted. Rates of IBD and other characteristics were compared between Māori and non-Māori.

197 IBD patients were identified, consisting of 100 (51%) with Crohn’s disease, 77 (39%) with ulcerative colitis, and 20 with IBD-unspecified. The median age was 48±17 and 100 (50.8%) were males. 15 (7.6%) patients were Māori and 182 (92.4%) European/other (Figure 1), leading to IBD ethnic-specific prevalences of 34.9 and 256.8/100,000, respectively. Rates of current/ex-smoking were similar in Māori and non-Māori (~30%), so was biologic use (40%). Despite statistically insignificant, Māori were more likely to be hospitalised over the last ten years (mean admissions 1.8 vs 1.1). In the last 20 years, there has been a steady increase in IBD incidence among non-Maori population. In Māori population, although the rates were consistently lower, more were diagnosed over the last 5 years, demonstrating an increasing incidence (Figure 2). 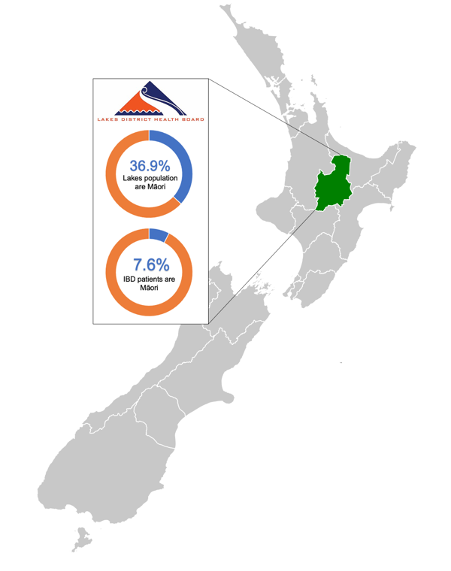 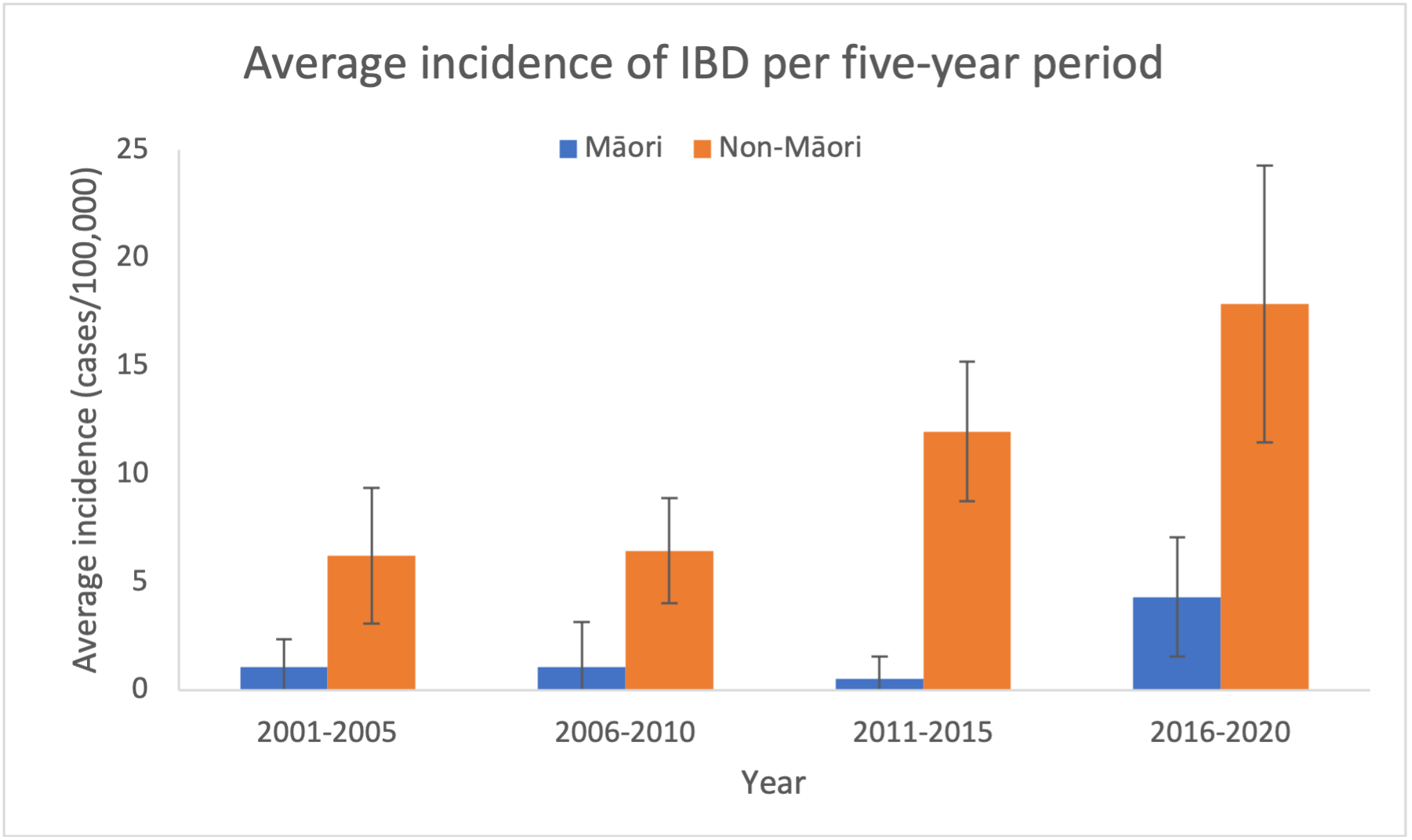 Our findings are concordant with previous studies showing gradually increased rates of IBD in NZ and low rates in Māori. However, rates in the last five years are increasing in Māori population which may reflect a true increase in incidence due to changes in environmental risk factor exposure or increased rates of presentation and diagnosis in Māori over the last five years.