The Montreal classification of inflammatory bowel disease (IBD) recognizes distinct subgroups based on location of disease, age at onset and behaviour for Crohn’s disease (CD) and extent in ulcerative colitis (UC). CD with ileal involvement is in part genetically determined and tends to progress to surgery and to be more refractory to medical therapy compared to colonic disease location. We investigated the association of different aspects of the Montreal classification with the ileal and colonic mucosa-associated microbiota.

Healthy control (HC) and IBD patients underwent colonoscopy with biopsy samples taken from terminal ileum, ascending and sigmoid colon. Mucosal 16s rRNA gene profiling was analysed and an amplicon sequence variant table was generated and normalized. Patients with prior intestinal resection, IBD-unclassified and recent antibiotic exposure were excluded. Endoscopic activity was defined as a segmental Mayo endoscopic subscore > 0 in UC and a simple endoscopic score > 2 in CD. Blood samples were drawn for genotyping and a weighted genetic risk score (GRS) was built based on 169 IBD risk variants. Pooled ileal and colonic samples were analysed for taxonomic differential abundance (DA) among the variables of the Montreal classification using a linear mixed-effects model (MaAsLin2) with age, sex, biopsy site, endoscopic activity and GRS as covariates. P-values were corrected for false discovery rate (FDR) and < 5% was considered significant.

A total of 546 biopsy samples from 201 IBD patients and 48 HC were analysed. The characteristics of the cohort and Montreal classification are depicted in the Table. At colonoscopy 168 samples (31.4%) showed endoscopic activity. The multivariate analysis revealed that the genera Agathobacter and Faecalibacterium, as well as the family Ruminococacceae and the order Oscillospirales were significantly reduced in CD with ileal involvement (L1+L3) when compared to either isolated colonic CD (L2), UC (any extent) and HC independent of age, sex, endoscopic activity, biopsy site, and GRS (Figure). Samples from UC and isolated colonic CD patients did not show differences in their microbial profile irrespective of biopsy site. No differences in DA were observed in subgroups based on age at onset and disease behaviour in CD or extent in UC. GRS was not associated with microbial composition. 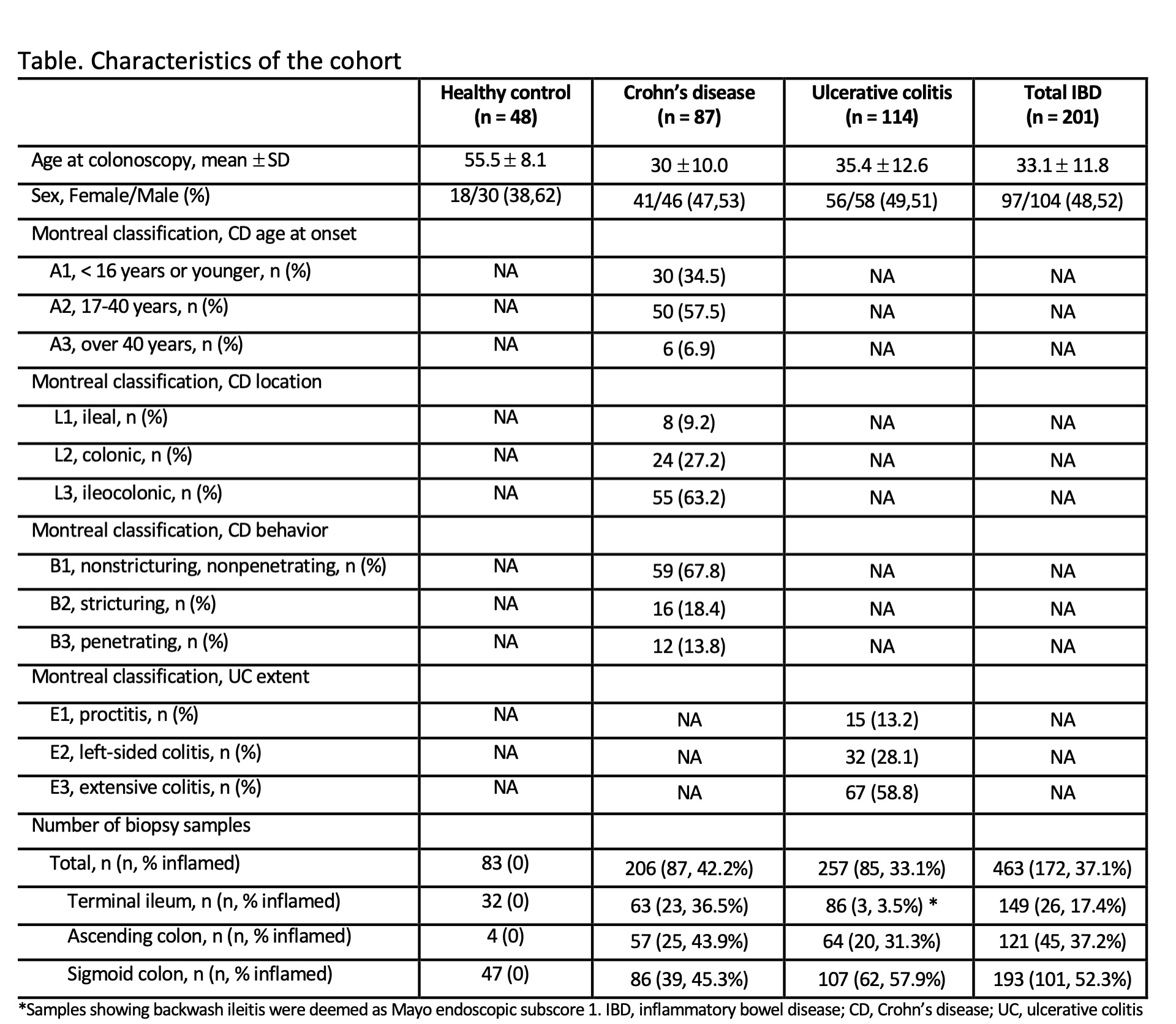 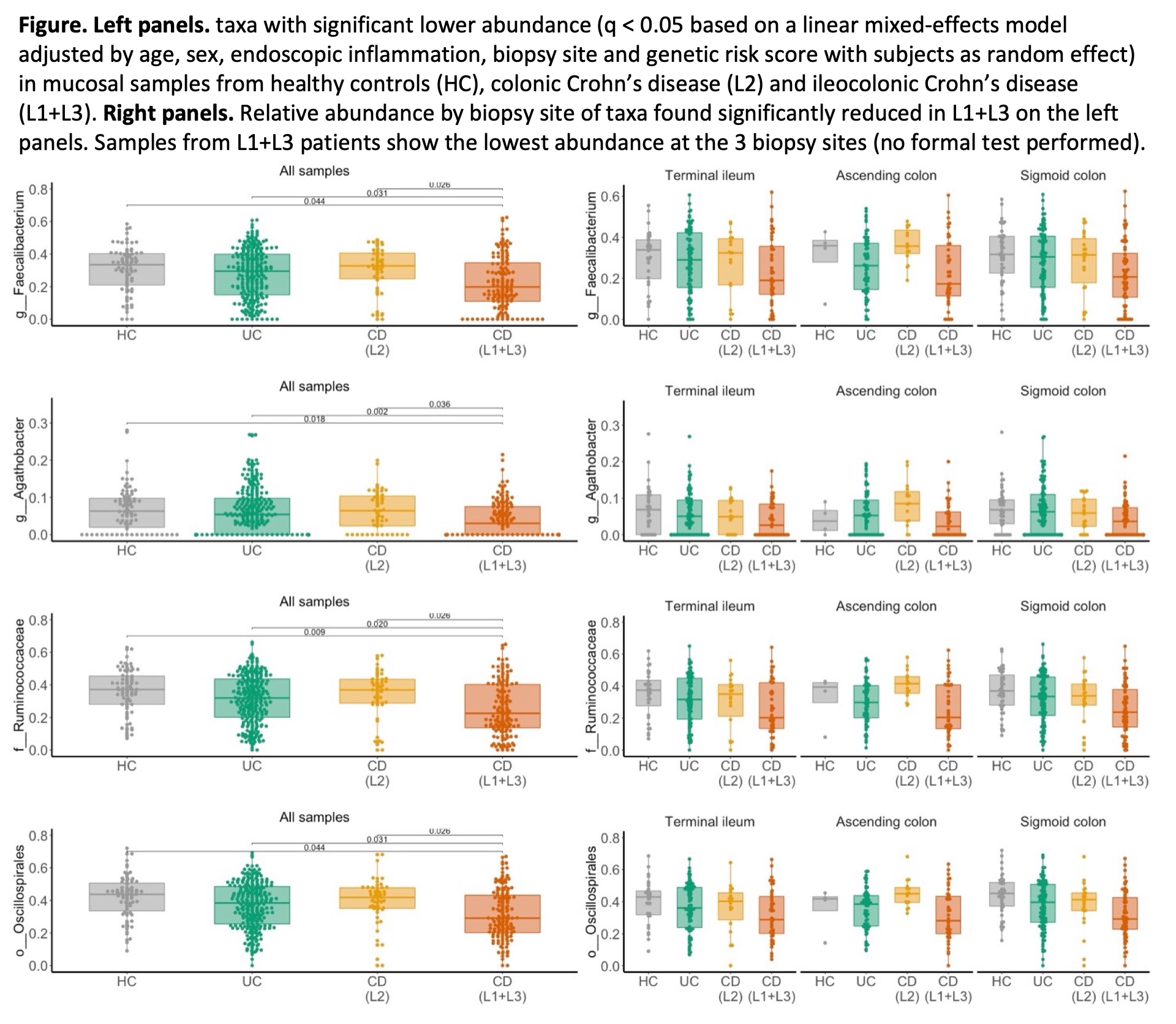 These data suggest that CD with ileal involvement (Montreal L1+L3) is a major determinant of the tissue-associated microbial composition in both ileal and colonic mucosa irrespective of variables such as endoscopic activity and GRS. The reduction of several beneficial microbes in CD with ileal involvement might partially explain the more progressive phenotype in such patients.