Since the gut microbiota is altered in patients with Inflammatory Bowel Disease (IBD), microbiome-based biomarkers may be useful for diagnosing and monitoring of IBD. Currently, endoscopy is the gold standard for diagnosis and monitoring disease activity, which can be a high burden for patients. This study aimed to compare intestinal microbiota profiles between three different sampling methods: faecal samples, rectal swabs and colonic mucosal biopsies. This could provide more insight into the microbiota composition in different sample types and might contribute to the development of a less invasive biomarker for diagnosing and monitoring IBD. 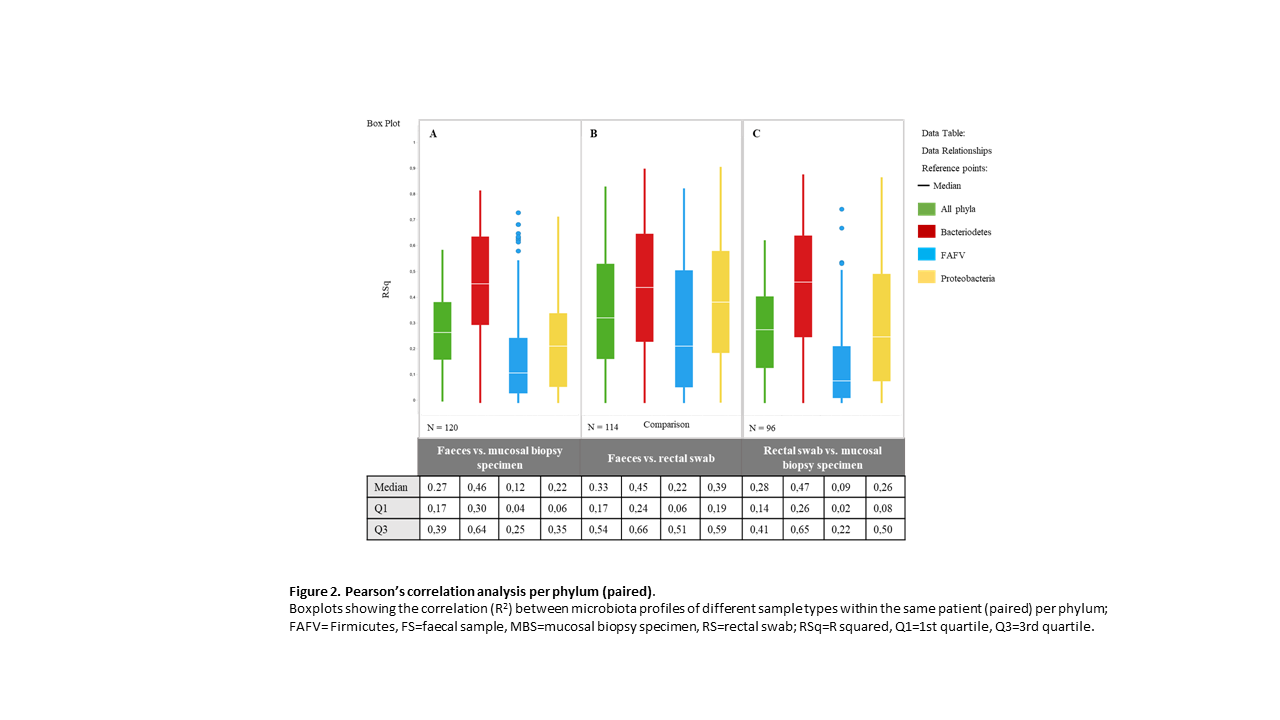 Microbiota composition in different sample types from the same patient were more similar to each other than to profiles from different patients. Microbiota profiles of faecal samples and rectal swabs were most identical.